I woke up this morning with a tranquil feeling of liberation and ease, because, unlike all the mornings I had experienced here in Mizoram, today, we all woke up as citizens of a new nation! Yesterday, 20th October, 2020, we the Mizos became an independent nation, no longer being a part of the great country of India.
Not that we wanted independence or even asked for it (except during the rambuai days of 1960's), but suddenly, yesterday, India decided to let us become our own country, even helping with the construction of a wall to mark the new international border. 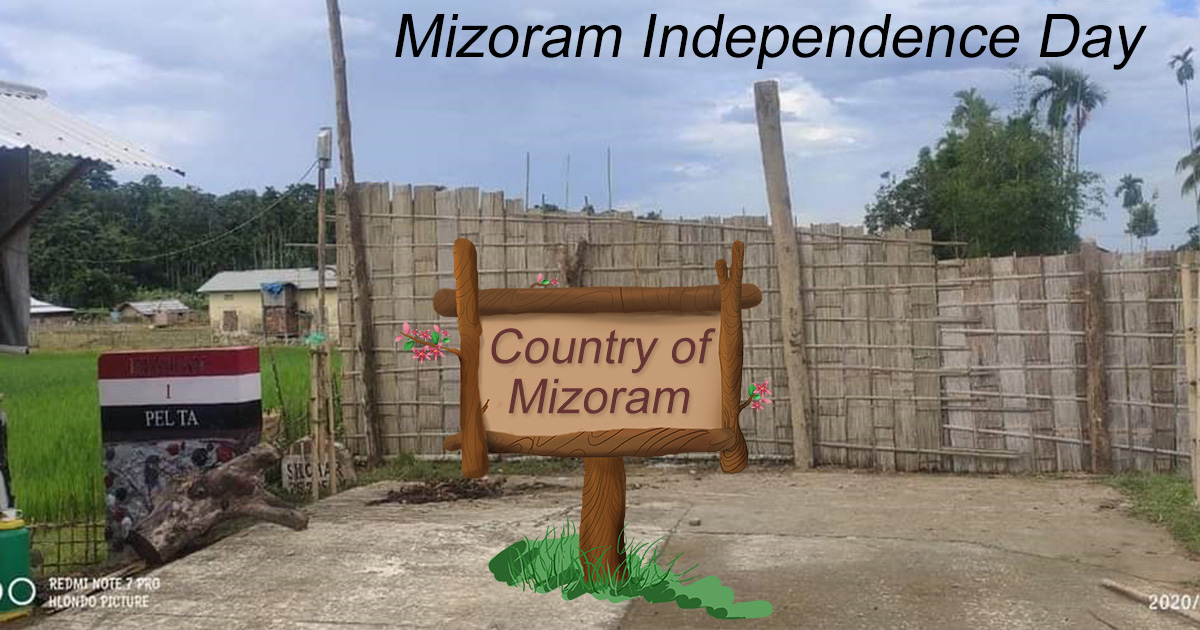 For the past many years, Mizoram had earned the unique distinction of being the most peaceful state of India, resulting in the Central Government granting us a "peace bonus" that amounted to crores of rupees every financial year (ah, rupees, I will miss that currency).
But all that is thrown to the gutter because of the recent Assam - Mizoram border dispute. I'm not going to talk about that issue in this post because that is ALL we had been talking about in our Mizo social media for the past few days now. For my non-Mizo visitors unaware of this situation, do read this well researched and unbiased reporting by Abhishek Saha from Indian Express [click link]
As most of us are aware, Mizoram shares around 75% of its border with Myanmar and Bangladesh, and only 25% with India. 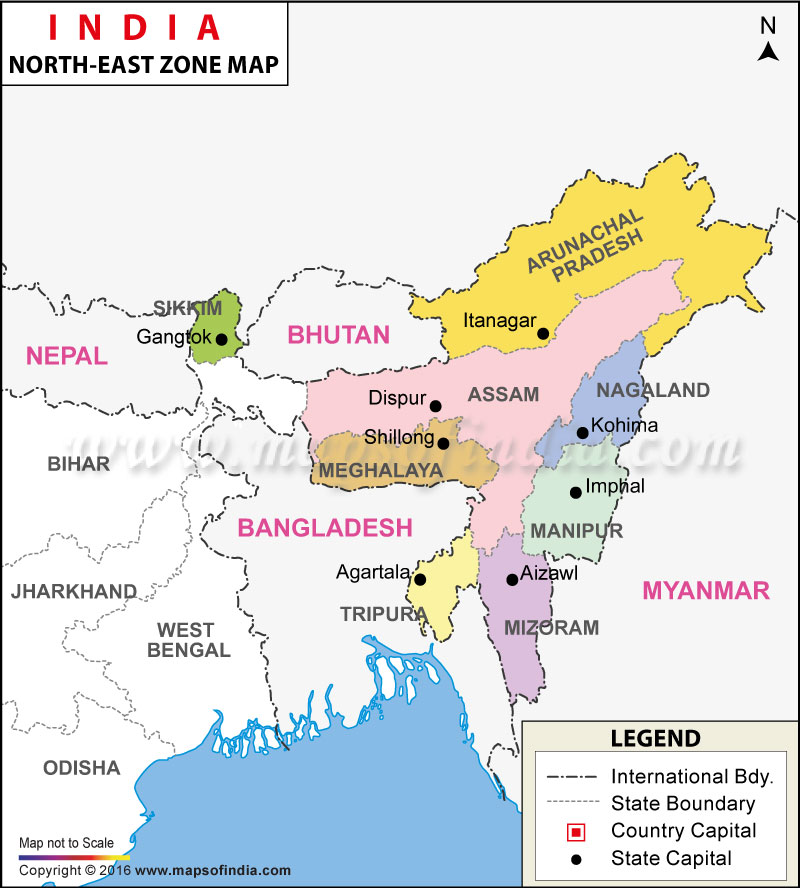 And so when the main means of road transport that connects Mizoram with the rest of India is now completely cut off, all our daily essential supplies like food, water, electricity, LPG, petrol, diesel and other commodities are no longer a viable option to acquire through this route. As a newly formed country, we will have to conduct new trade agreement talks with our neighbouring countries, like Myanmar, Bangladesh and... India.
I must admit though, the people of Dholchherra, Assam, were extremely helpful as they constructed the wall for us to mark the new international demarcation.

As you can see from above, they spent a good amount of time discussing about the best possible methods to build the new border wall. This is a trait that they inherited from us, as we Mizos are champions when it comes to community service [read my previous post YMA Community Service]
Finally, under the guidance of their YMA branch leader whom I presume is the one wearing a maroon shirt below, they started their work of digging up the highway. 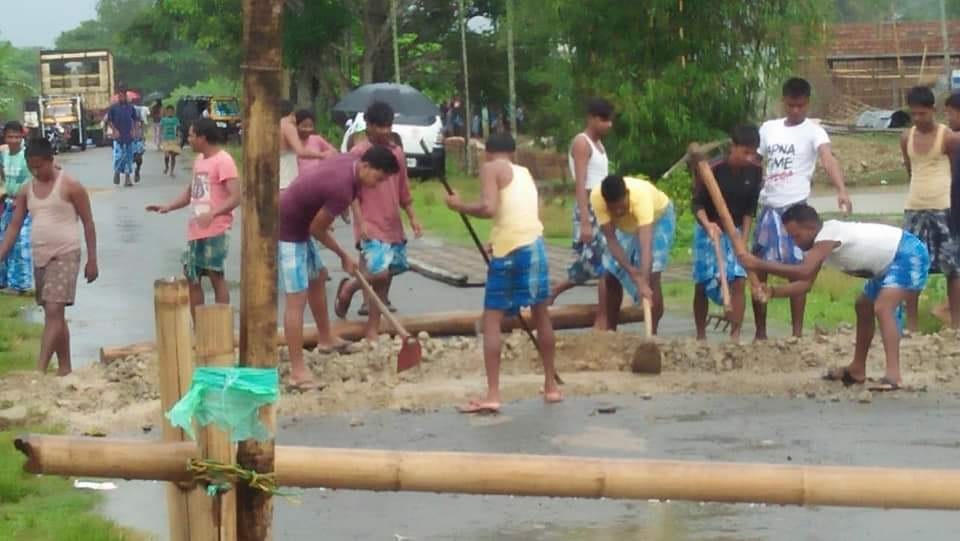 Everybody selflessly contributed their part in the construction of the wall, and this work ethic and altruism reflected the spirit of tlawmngaihna within them. I feel so proud to know we had passed on a part of our culture to them before we parted our separate ways. 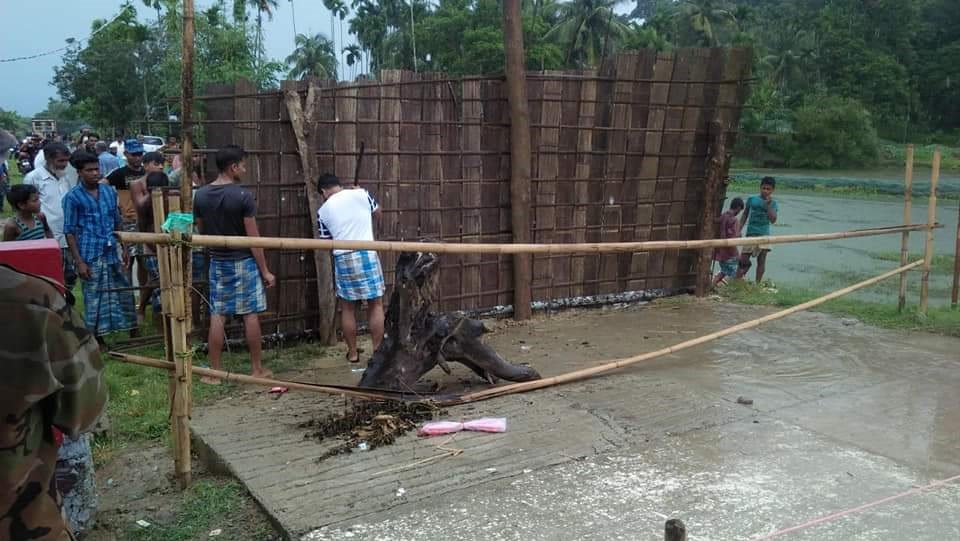 Behind the constructed wall hidden from view were probably the female members brewing tea for them, so that they could get refreshed and reenergized.
Finally, the wall was completed, and the World welcomed the birth of the new Nation of Mizoram!

Since the bordering Assam districts of Karimganj, Hailakandi and Cachar are said to have less of Assamese indigenous people and more of immigrants from Bangladesh, I can't help but think that while in the USA, Donald Trump promised to build a border wall and make Mexico pay for it, India actually succeeded in building a border wall and made Bangladesh pay for it. :D :P
So how does it feel like to wake up with a new nationality? That too without even demanding independence?
Well, first of all, I kinda feel sorry for our fellow Northeasterners who had actually been fighting for autonomy all these years, like the various factions of the NSCN in Nagaland (Khaplang, Isak Muivah, Adino, Konyak etc.), or the ULFA, NDFB, KLO, UNLF, NLFT, HNLC, GNLA and many other groups across North East who had been shedding blood and violence for years. They had been doing it all wrong all this time, because guns and bombs are apparently not the solution to gaining independence. All that is required is just one Bipul Hussain from Sonachera vegetable market area. 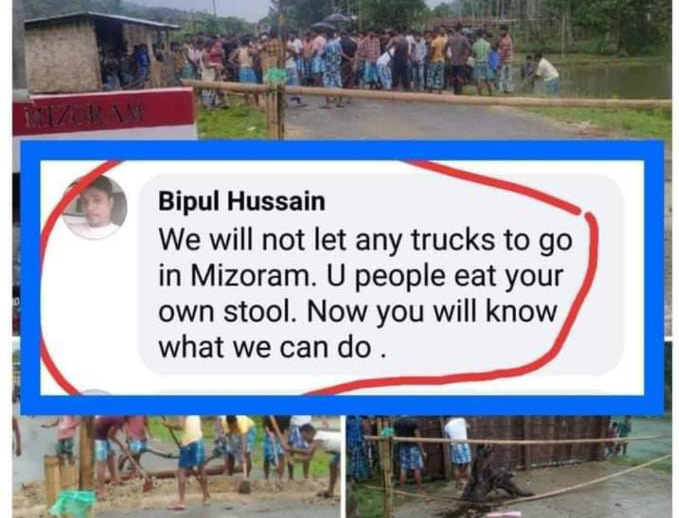 Ah, Bipul Hussain, the hero of the Independence of Mizoram. We are all extremely grateful to him for granting us freedom from India. We are even planning to have a marble statue of him erected next to our Vanapa Hall here in Aizawl, to honour him for giving us this unfettered freedom. He'll be sitting gallantly in all his grandeur, beaming with pride and gallantry next to a marble laptop to signify what a brave keyboard warrior he is.
The only hiccup we have is that we don't know Bipul's height and body structure, so it would be great if he could report himself to the nearest police station at Vairengte so that the sculptors of Mizoram can start with their work. So, Bipul, if you are reading this, please do the needful.
Bipul is a prominent voice among those who granted us Independence. He even runs a popular local newspaper known as... "Voice of the Bipul".
Being an independent nation, we have a lot of things to do now, like being self-sufficient and self-reliant for starters, so that we no longer need to depend on National Highways for our basic essential commodities. Our Chief Minister (or should I say Prime Minister now) has a couple of big economic plans for our new country, and many of those plans involve bamboos, unless he's just bamboozling us.
In terms of GDP growth, I think we'll do pretty well on our own too, because judging from our respective FB and IG updates, most of us are looking like international-level models. After all, isn't that what GDP stands for, Great Display Picture? "Oh you've changed your DP again? That is a really beautiful DP you uploaded. That's a GDP!"
And when it comes to defence structure, our new nation has nothing to worry about because as most of us already know, Mizoram has a lot of hidden missiles! Don't believe me? Here you go.
Also, I know my 5 years old comment in the above video has resurfaced (quite an apt term as the video is about surface missiles :P) and infuriated a couple of people who failed to see the humour and even threatened me with a lawsuit, but I really don't care because Indian Laws no longer apply to us as we're a separate nation now. If you want to sue me, please approach the International Court of Justice located at The Hague, Netherlands. :P
Meanwhile, we have other bigger legal issues to handle, like the hundreds of truck drivers from Assam, Bihar, Haryana and other Indian states who are now suddenly stuck in our country because of the newly constructed impregnable border wall. Kolasib YMA is doing an excellent work of making sure they are all well fed and have a good place to sleep.

They are currently accommodated at St. Maria Goretti school, Kolasib, run by the Bethani Sisters (who also run Mary Mount school in Aizawl). 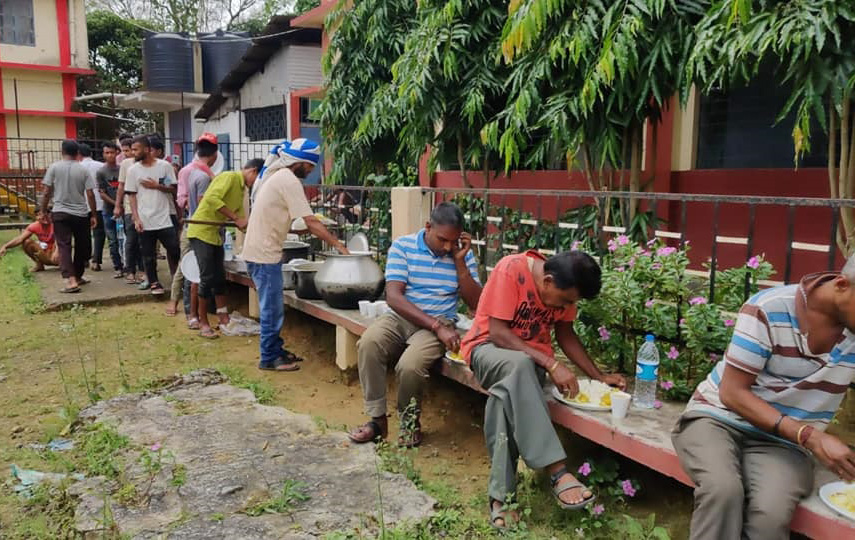 We will become the best nation in the world, yes we will be yuge.
As a newly formed country known as the Republic Of Mizoram Empire, or ROME, we will strive hard to become the most influential and advanced super power in the world so that every other country will want to establish ties with us and connect a road to our nation. After all, all roads lead to Rome.
And by that time, the wall constructed by Bipul Hussain and his friends might have to be demolished again.
Oh, so sad.
I hope all my friends from Delhi, Mumbai, Pune, Bangalore etc. continue to keep in touch even though I am now a foreigner. Please do come and visit me at our new country soon, I'll help you with your Visas and stuff.
We have a popular saying in Mizo where we tell our non-Mizo friends, "Come to Mizoram, I kill you pig!" which may sound terrifying but it's actually the Mizo way of honouring a visitor by slaughtering their fattest pig for that guest.
And yes, I think this whole issue of becoming an independent nation is befitting to me, considering how I spent most of my life across India answering to questions like, "Oh which country are you from? Mizoram? Is that near China?"
Now I can truly say, "Yup". :D :P
Hope you enjoyed reading this post. I just wanted to mention that this was a light-hearted satire post aimed at a few individuals in those aforementioned areas and India as a nation was not involved in the construction of that wall, and we Mizos are very much happy and content to remain as Indian citizens. :D
At the same time, I wanted to highlight the problems Mizoram, Manipur, Nagaland and Arunachal Pradesh face every time there is a border dispute with people living near the Assam border. The Assamese people as a whole are wonderful people and they have nothing to do with these conflicts.
Also, I was inspired after attending the two days webinar conducted by Pachhunga University College yesterday and day before, thanks to my dear friend Kukui for inviting me, where renowned author Sanjoy Hazarika along with Prof. Margaret Zama and Dr. Lalawmpuia talked about "Rambuai literature" (collection of literary works written during insurgency days and how it affected one's writings and emotions).
That was followed by notable film-maker Siddhartha Gigoo along with Prof. Margaret Pachuau and Dr. Henry who spoke about "Lockdown literature" (the works produced during a pandemic like Dante's Inferno and "Love in the Time of Cholera" and how such books gave solace and hope to humanity).
Thanks for those beautiful talks, PUC.
Signing off now, cheers everyone.
Posted by Mizohican at Wednesday, October 21, 2020 24 comments: