Sometimes I think it is very important to weigh the pros and cons of a city before deciding which city is better… And those factors differ from person to person.

Don’t you guys wish you have some super power too?

Kinda lame, I know… I just needed something to update today :)
Posted by Mizohican at Friday, May 25, 2012 6 comments:

You like momos? Me too. I LOVE them… Delhi roadside momos are the best because they are cheap and tasty as hell, especially with their spicy momo chutney. Back in Mumbai, the momos are either not that good, or you’ll find the tasty ones only in expensive Chinese restaurants…

But then, I had a recent experience here in Delhi…

Day 9. Still in Delhi. What was supposed to be a 4 day visit, has gone beyond a week now. I am skin-burnt, homesick, and gaining a lot of weight because of all the yummy (and cheap) street food. The words “bhen chod” seem to come out of my mouth automatically now. When in Rome, speak like the Romans, I guess.

To make up for inactivity on my blog for the past two months, I’ll be posting a Delhi Journal comic strip every day for the next one week. Cheers :-)

Perhaps it is quite apt that my 400th post is about the end of an era. An era of living at Greenfields, one of the best apartments in the suburbs.

I was staying at Greenfields for the past 4 years, until 3 days ago, and before that my sister was there for 3 years and I used to visit her occasionally after dropping out from B-School. In fact my association with Greenfields was almost as old as my blog. The apartment outlived two relationships of mine, churned out a new one and saw a lot of my friends come and go - Happy times, sad times, sleepy times, but mostly, drunken times.

Some of the things I loved about Greenfields Society - the people were awesome. From the time I stayed there till the time I left, I didn’t have a single issue with my neighbors. In fact when I went to renew my rental agreement last year, my landlord and I had to get an approval from the Society President. The first question the president asked me was, “Why was there not even a single complaint about you for the past three years? No loud music playing, no loud partying, no loud noise, no nothing. What are you up to?” Lolz.

Trust me, I wasn’t that pally with my neighbors either. There were three families on my floor. At the most, we were just on a “hi-bye” relationship. But we knew each other very well, and knew where to draw the line. Of course there were loud parties at my pad sometimes, but my neighbors never complained because they knew I was just a bachelor trying to have that occasional fun (before it’s too late), and they also knew very well that I wouldn’t be doing that regularly. We understood each other and co-existed peacefully.

And then there were other things like 24/7 water supply, 24/7 electricity, and it was extremely peaceful and quiet. No loud dhantanakakakaka festival or marriage celebrations were allowed inside. And on the weekends, there were 2-3 flats in my building who would blast songs like Here without you, November rain etc, and even the latest hiphop songs. I never got to figure out who those people were, but it was nice to have such people in the building.

Situated right on the prime Jogeshwari Vikroli link road, Powai was just a few minutes away on one side and the Western Express was around 10 minutes away on the other side. And then there were Goregaon’s HUB and Oberoi Mall not very far too. It was the perfect 1 BHK apartment. Cozy, fully furnished and good vibes. Seven years of comfort at that place.

All that ended this Monday.

Why did I take the extreme step of shifting out from such an awesome place?

Well, I am still not at liberty to talk about what I’ve been up to the past one month, until things are confirmed. But for now, I’ve moved into my CEO’s place temporarily, an amazing duplex apartment at Khar West. So that means partying and binging every night when you have such a kickass awesome CEO. :-)

With some of my neighbor’s kids who regularly hangout at my pad and call me “Cool Uncle Kim” :-) 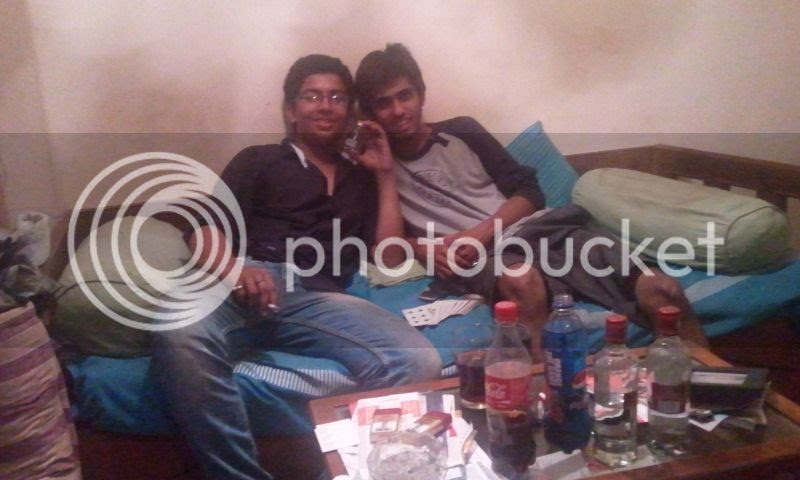 Woke up early on my last day. Took a photo that I always saw every day for the past 7 years. 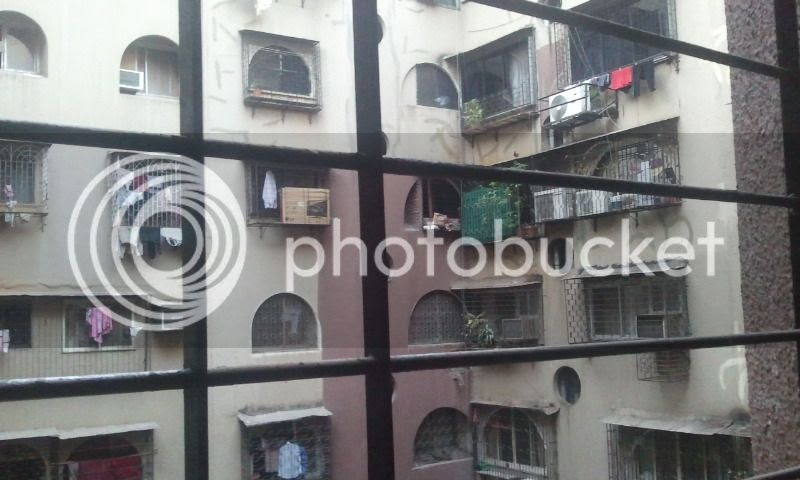 All the warmth, all the coziness… all packed and gone now :-( 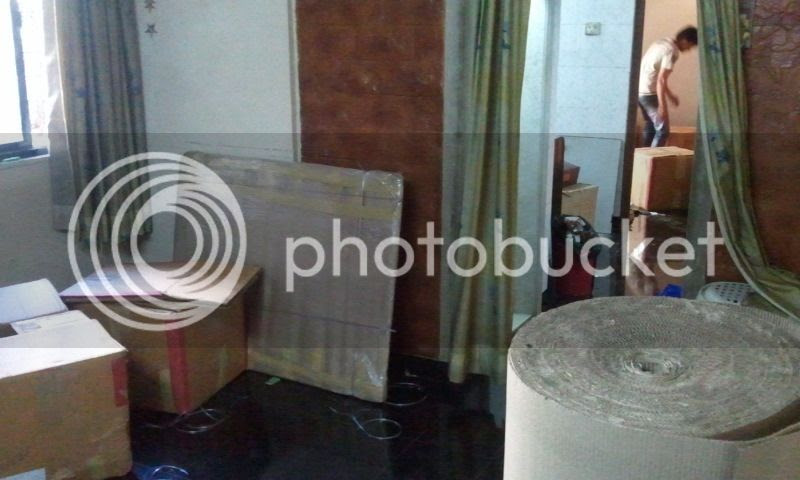 My bed… it never got lucky, if you know what I mean… 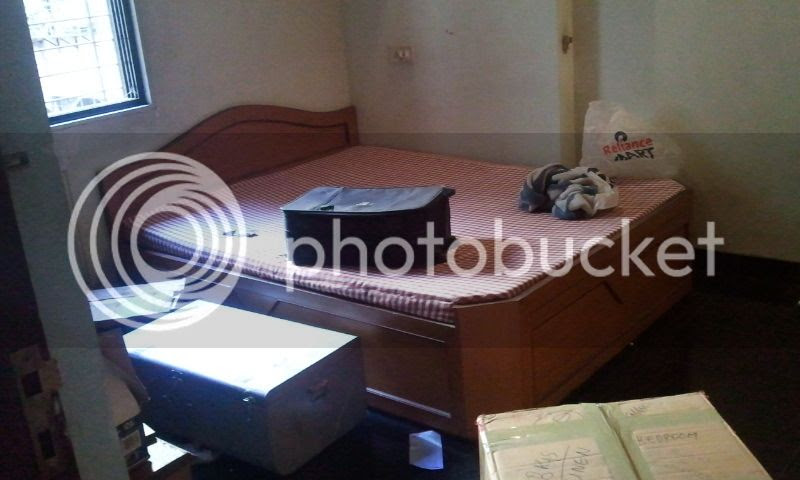 The morning after, at my CEO’s duplex - 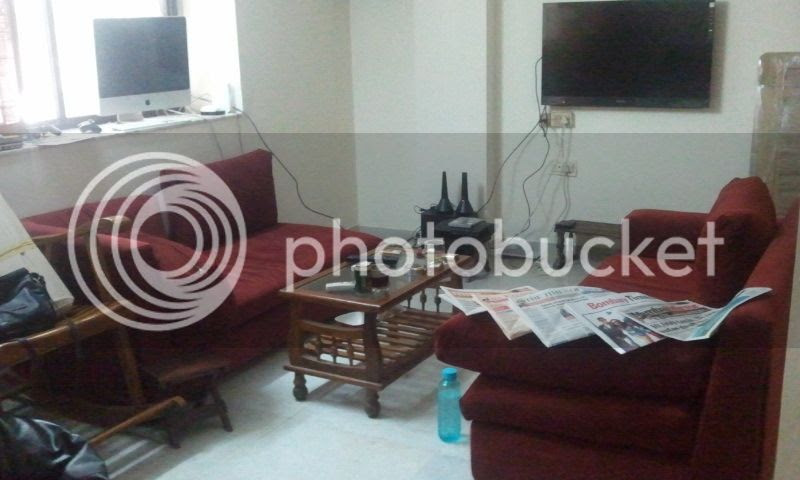 One of the perks of staying (temporarily) with a CEO. He has to be informed. Hence, there is no dearth of daily newspapers. 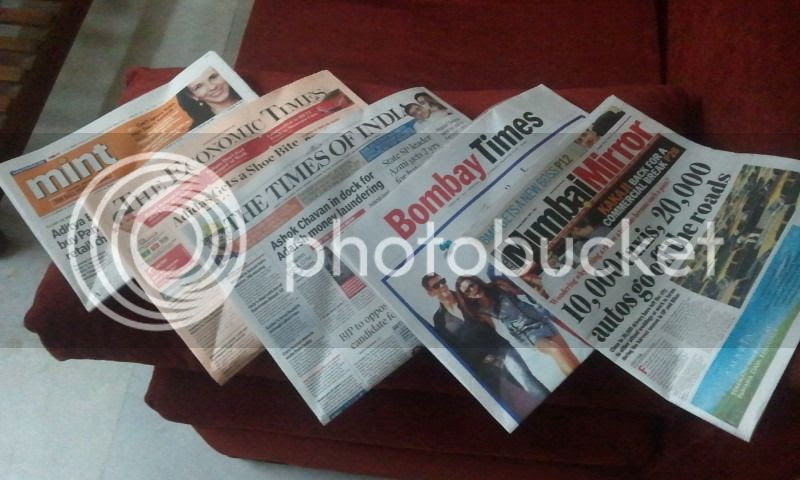