In today's blog update of "must-watch TV series that aren't very popular among our Mizo community", let me introduce you to "Ted Lasso".
Ted Lasso is a comedy-drama currently on its second season. It is absolutely funny and quirky, and I know that a lot of my Mizo friends will like it too because it revolves around football, a sport that most of us worship. 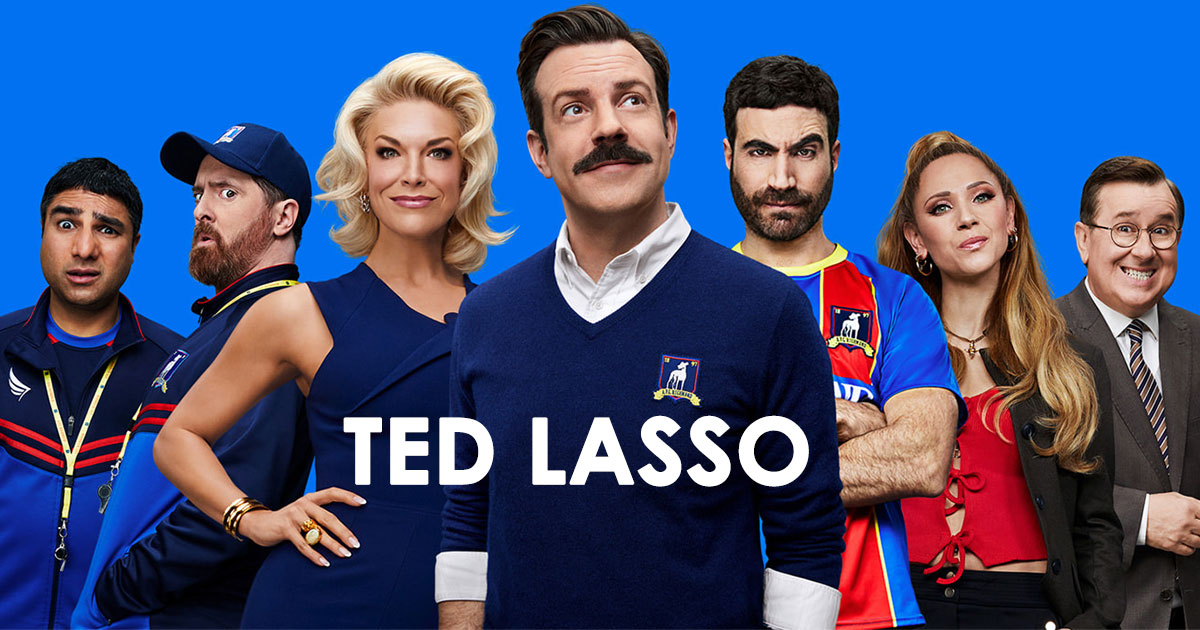 The plot of the show is quite unique - A second-division university football coach from America is hired to become the new football manager of a Premier League team in England. However, the catch is that he's an American football coach who had never coached (or even understands) real football (also known as "soccer" to these Americans).
At first, I was like, "Hoohum, is it going to be one of those clichéd plotlines with clumsy dialogues and corny humour where they realise they've made the mistake of hiring a wrong coach?" But the opening scenes clearly showed that this transfer was intentional.
I was also a bit hesitant in the beginning because I thought there would be a lot of American football jargon used, and that is a deal-breaker for me because I don't watch American football nor am I interested in it, but thank the football gods, it wasn't like that.
Although the show is supposedly based in the UK, it is an American show, so there's less of those dry and sarcastic British humour we all love and instead has a lot of American humour filled with hilarious one-liners and dad jokes.
So, yes, don't expect it to be like some of your favourite British sitcoms like "The IT Crowd" and "Derry Girls", or even BBC's classics like "Mind Your Language", "Yes Minister" and "Allo Allo". The humour is closer to shows like "Schitt's Creek" and "Mythic Quest". But whether it is British or American humour, I'm okay with either, just as how I absolutely love both the UK and USA versions of "The Office" (Yes, we exist!).
The show streams exclusively on Apple TV+, which may be a problem for many Mizos as it isn't popular here in Mizoram compared to other OTT platforms like Netflix, Amazon Prime and Disney+ Hotstar. But you can always "Arrr" it, if you know what I mean.
The show is about how Ted Lasso managed his new football team, dealing with many issues both on and off the pitch. There's a lot of feel-good factor involved during the show guaranteed to warm your heart and motivate you. And some of the witty quips are downright hilarious. Here are 5 of my favourite quotes so far...
#1. "I haven’t seen someone that disappointed to see me since I wore a red baseball cap to a Planned Parenthood fundraiser."
#2. "In my mind, you gotta have three things to be a Premier League team. 1) You gotta play physical. 2) you gotta give 100 percent until the final whistle and 3) you gotta be sponsored by a Middle-Eastern airline."
#3. "I haven’t seen a pass that soft since my high school drama teacher asked me to mow his lawn."
#4. "Will you explain to me how that was offside? No! I'm not arguing, I'm asking you. Seriously! Explain offside to me. It makes no sense."
#5. Rebecca: "How do you take your tea?"
Ted: "Well, normally right back to the counter because there’s been a terrible mistake."
You must watch the show for hundreds of other such funny scripts. There are a lot of really corny dad jokes and puns too, like, "We're having salads in my office. Caesar you later." and, "I thought you said you were allergic to horseradish? Nah, I said I'm allergic to horses and radishes."
Believe me, it is worth spending your time on this show.
And personally speaking, I love the fact that this sitcom isn't about the clichéd "underdogs winning in the last few seconds" kinda storyline and this makes it more realistic and refreshing to watch. In fact, the team actually loses quite frequently, and as an Arsenal fan, that is something I can really relate to right now. :D
Speaking of Arsenal, Ian Wright made a cameo appearance as a football pundit too. :D Other famous football pundits and presenters who appeared in the show include Seema Jaswal, Arlo White and Chris Powell. Mike Dean too was featured, lolz.
Sadly though, real football players aren't in the show (yet), though the team played against clubs like Manchester City, Spurs, Liverpool etc. But one can't dismiss the fact that there are many similarities between the sitcom players and real players, like Roy Kent is definitely based on Roy Keane, Jamie Tartt is based on David Beckham, and so on.
So I hope you get to watch this TV show, and let me know your feedback. Trust me, you won't regret it.
Until my next post, people, take care.
Posted by Mizohican at Tuesday, September 14, 2021 No comments: