Like two sparrows in a hurricane
Trying to find their way
With a head full of dreams
And faith that can move anything
- Tanya Tucker (Two Sparrows in a Hurricane).
Though this beautiful song is about love and struggle, I can't help but think of my little sparrow every time I listen to this song now. 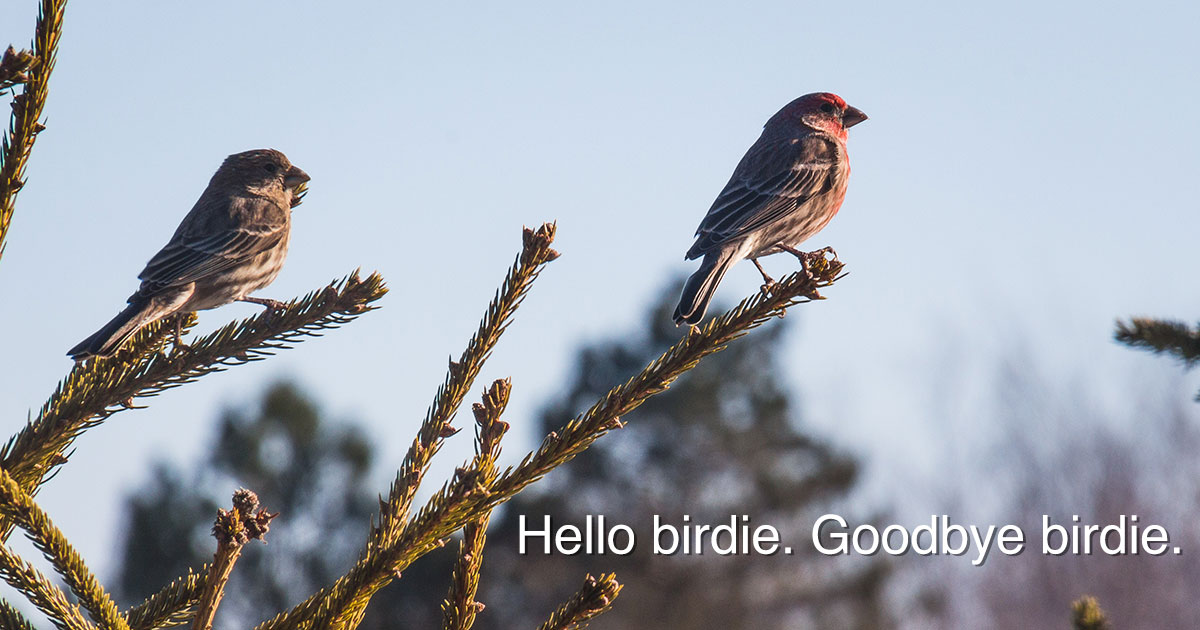 [Photo by Dan Hamill from Pexels]
Last month, I moved back to our house in the city from our farm because of the upcoming lockdown in Mizoram. Everything was back to the usual lockdown routine at home, my lockdown birthday too took place inconspicuously, and then suddenly, one fine morning, we had visitors from above!
I mean, like literally, a baby sparrow fell on our kitchen floor from the ceiling! 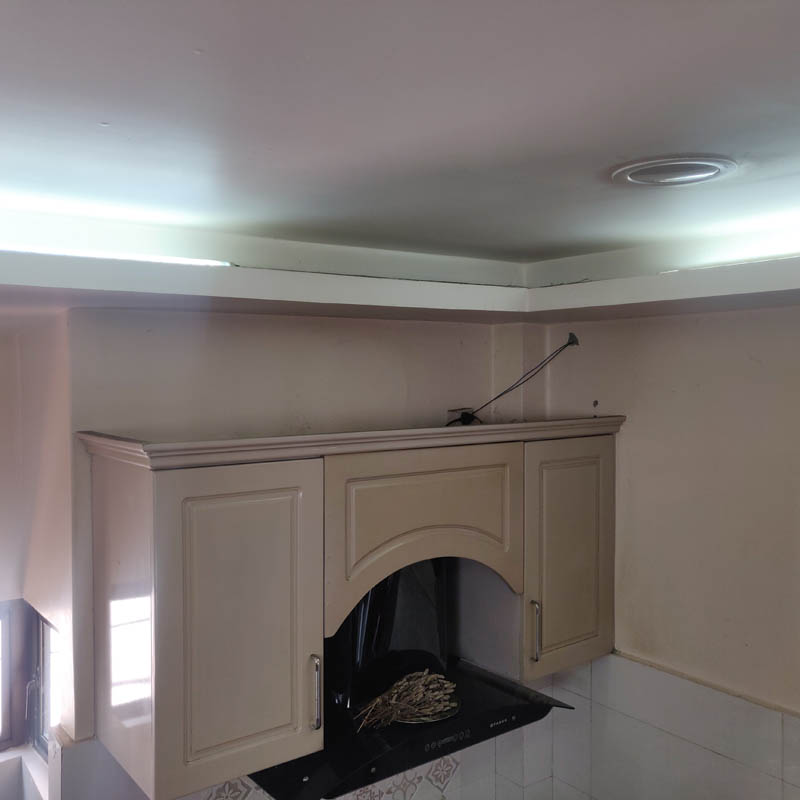 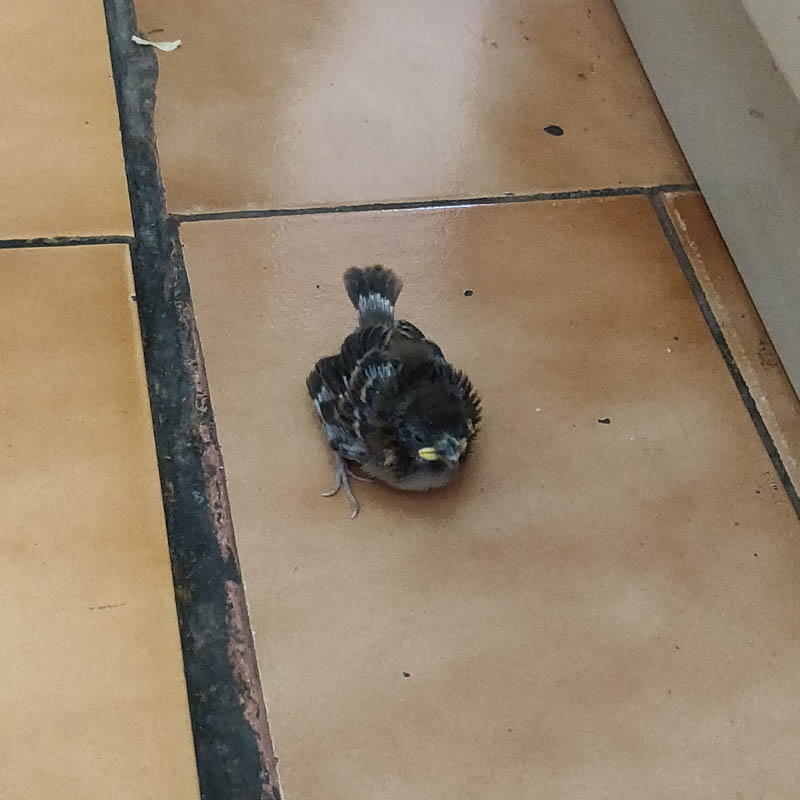 Poor little birdie was wounded. I think it broke its leg. It didn't even show any signs of struggle as I carefully caught it. And then we heard a few more tweets coming from the ceiling above. I grabbed a ladder and climbed up, only to see two more baby sparrows! 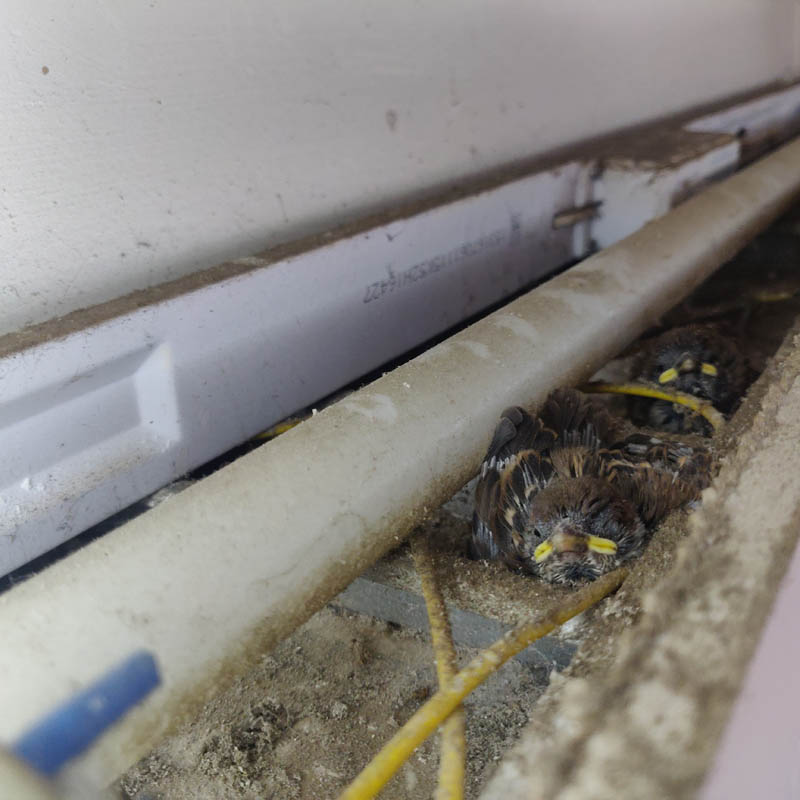 So there is this small gap in our false ceiling for the wires to enter. They must have crawled through that gap from their nest or wherever they were hatched in the roof. I managed to catch one of the sparrows and it didn't struggle either. I gently placed it in a cardboard box along with the first sparrow that fell down earlier. 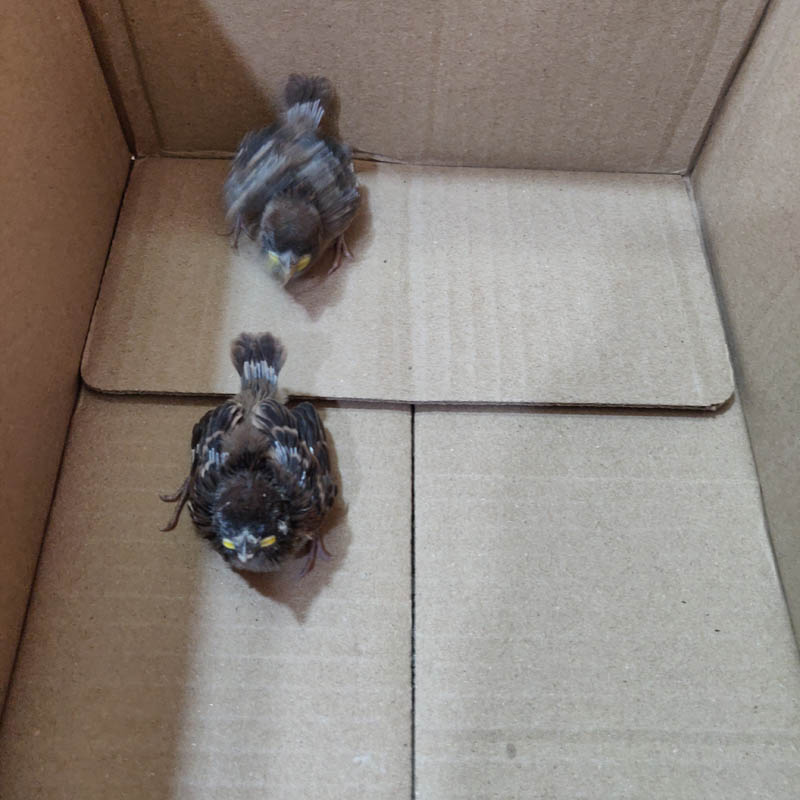 But the third sparrow was extremely elusive. Every time I tried to grab it, it panicked and rushed back inside the gap. Unlike its two siblings, this one still had that natural "fight or flight" instinct. 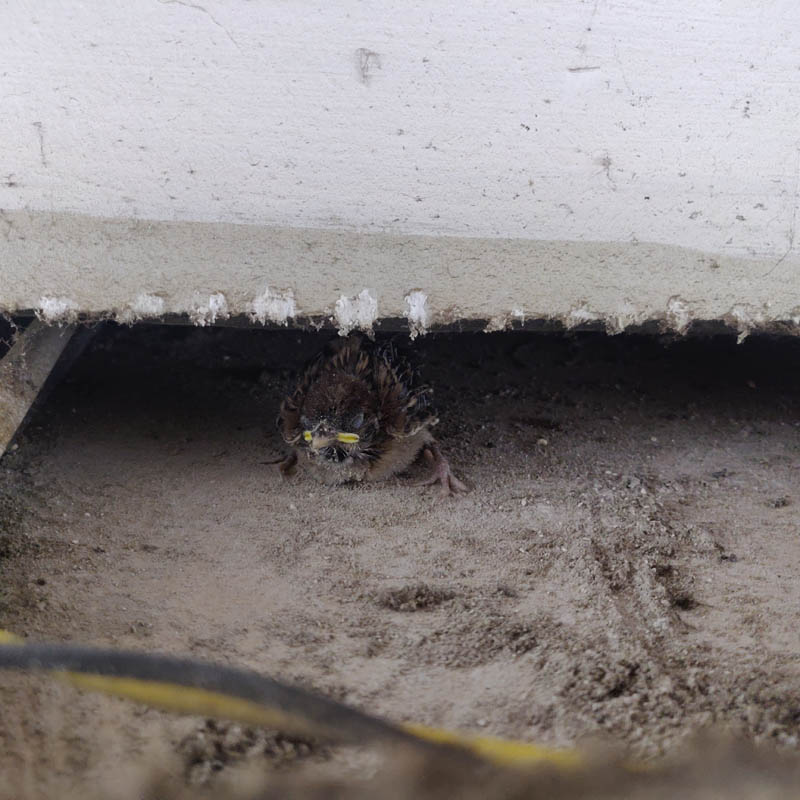 It was really unlikely and strange of the baby sparrows to approach human settlement, and so we asked our maid Seema to look around the roof upstairs, and later she came down carrying a dead adult sparrow. 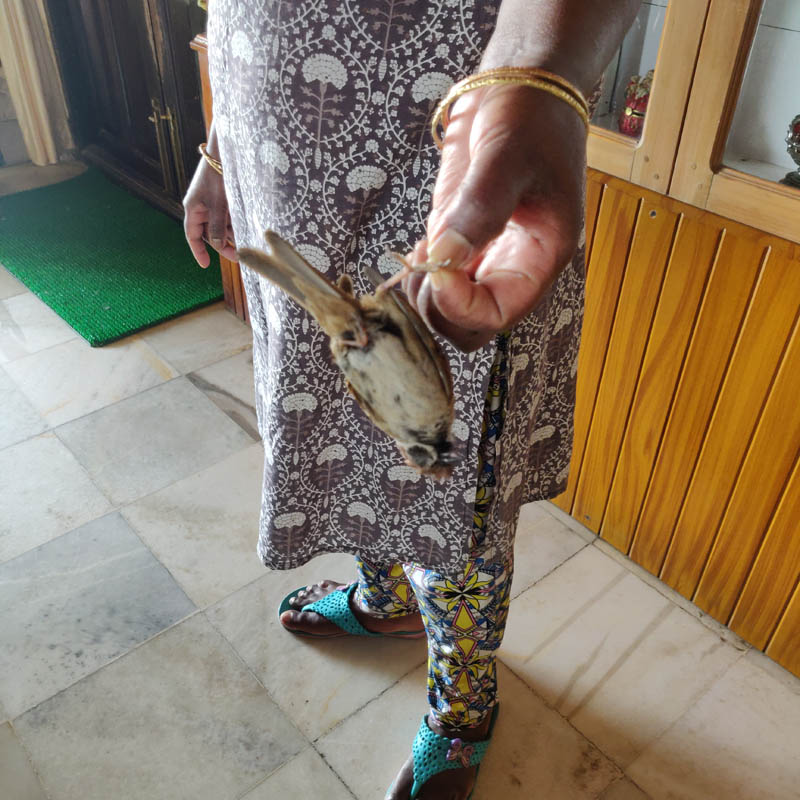 Awwwwee poor momma sparrow. Seema found her lying next to the water drain on the roof, probably close to where her babies were hatched. She was probably ill or injured, and yet made one final attempt to reach her precious babies. :'(
That was definitely the reason why her babies approached us, because they were extremely hungry. I said to myself, "Don't worry momma sparrow, I will look after your babies for you, your death will not be in vain!" 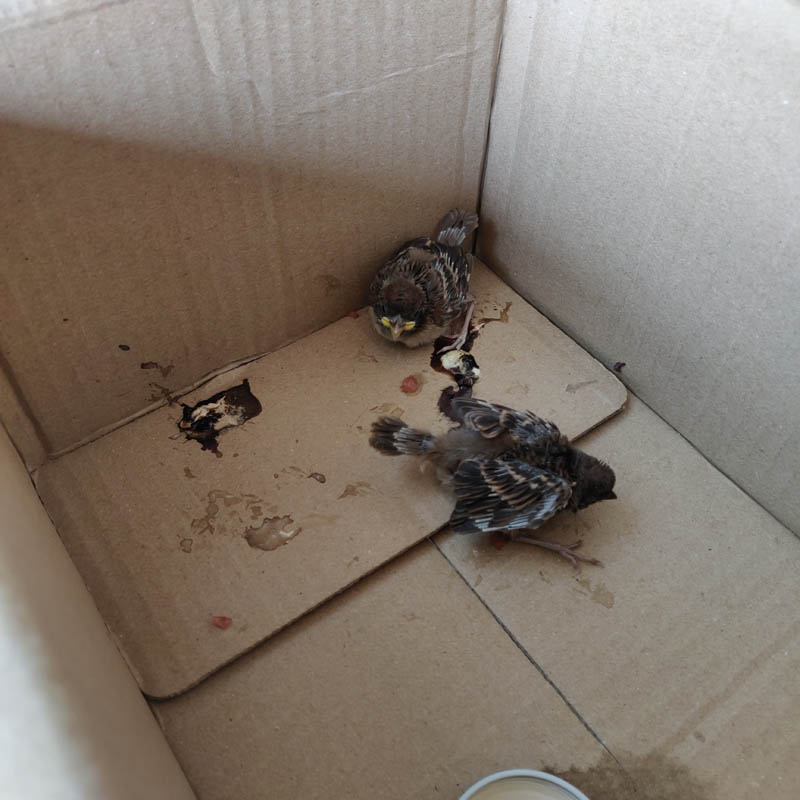 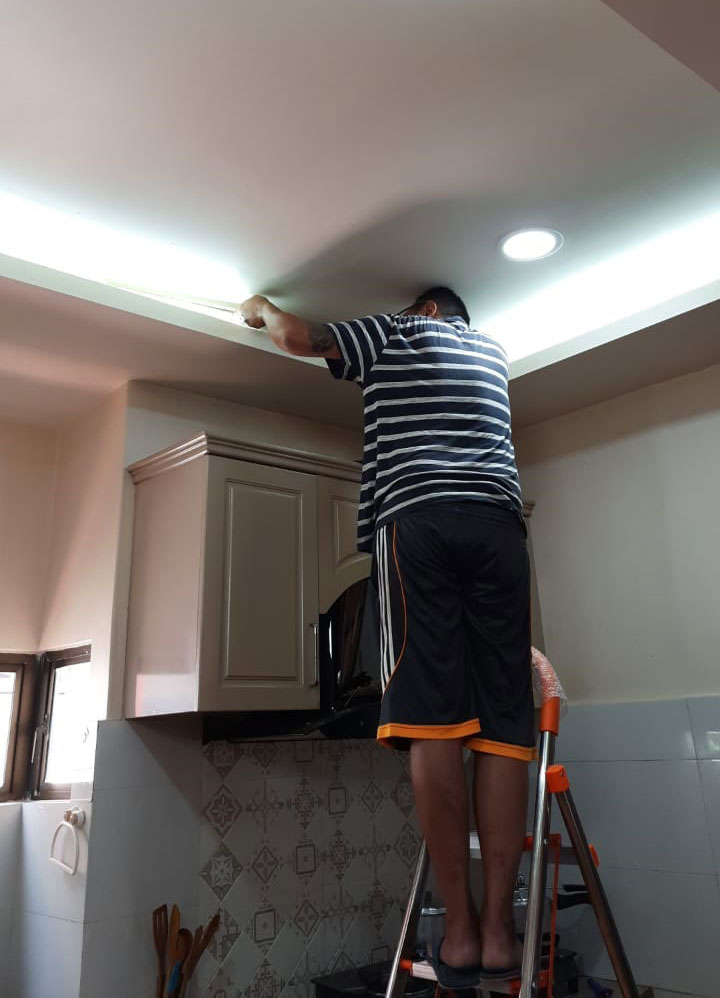 Finally, after a long game of cat and mouse (or human and sparrow, if you will), I finally caught it with one quick (but gentle) swoop, and finally it joined its siblings. 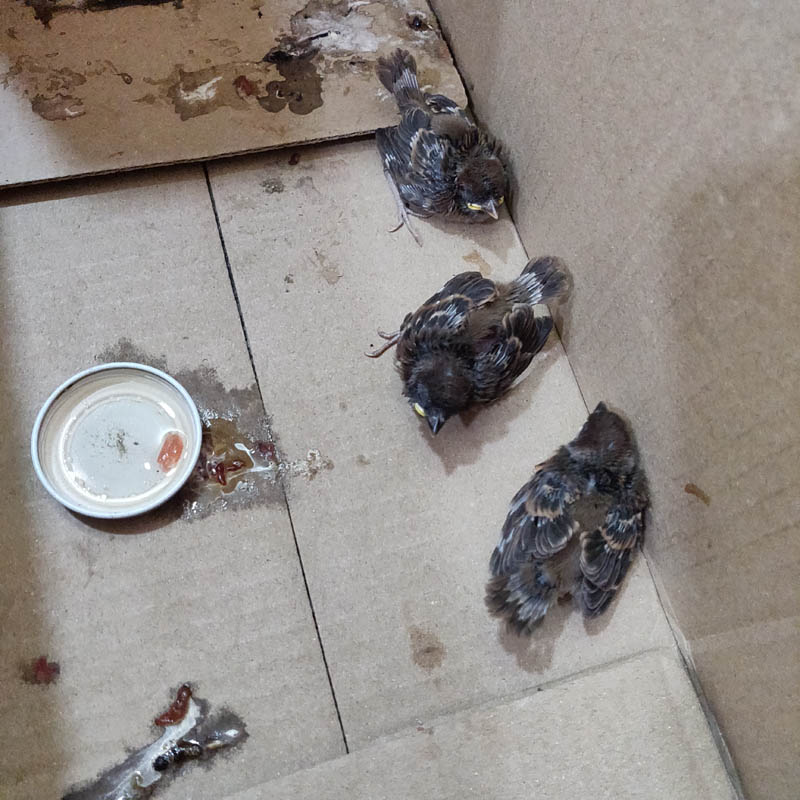 I spent the rest of the day feeding them every half an hour. Lalani told me to feed them small pieces of vegetables and fruits using forceps, and that the pieces must be extremely tiny because of their size. It took me some time to get used to it, but the baby sparrows were extremely receptive and gobbled up every piece I fed them.
My mom too fed them occasionally and it really made her happy. :D 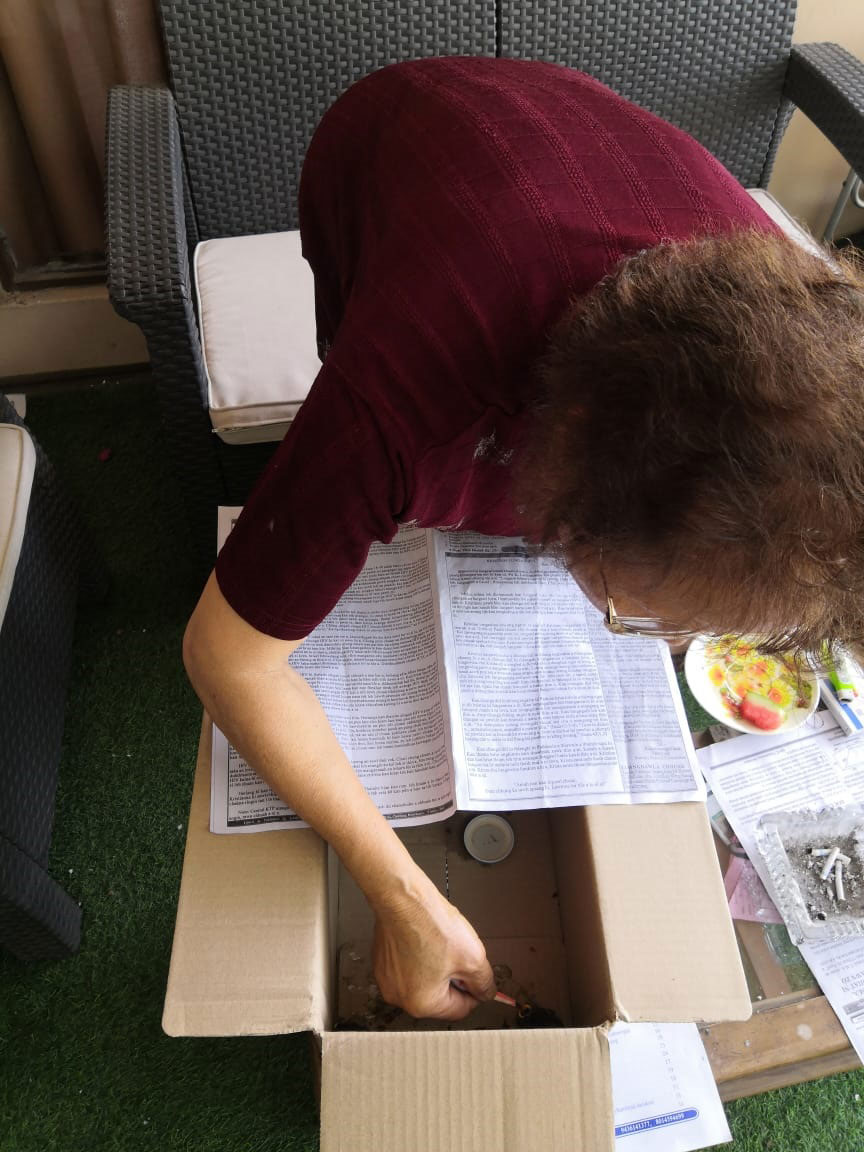 Soon it was night time. I took the cardboard box up to my bedroom and kept it next to my bed. I had their food ready nearby in case they got hungry again during the night. However, one of the babies, I'm sure it was the one that fell down to the floor, wasn't eating properly. It was just... staying silent in one corner. :( 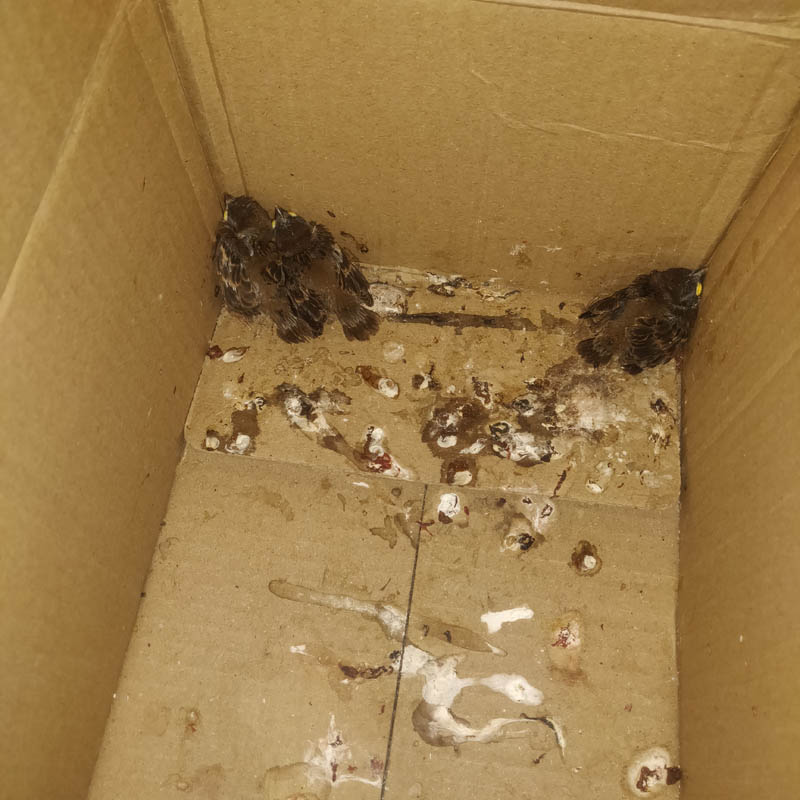 I bade them good night and went to sleep, but I remained alert at the same time. 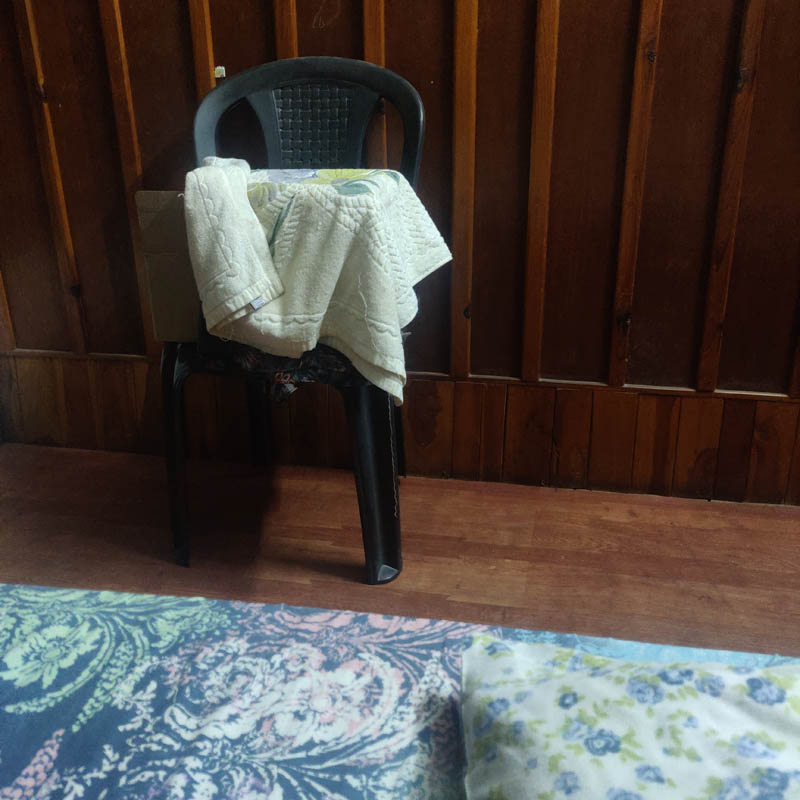 The next morning, I woke up with a feeling of trepidation and peeped inside the cardboard box immediately. Just as I feared, that one baby which was becoming inactive, had passed away during the night. :'(
I fed the other two babies immediately after removing the corpse. Poor baby birdie. :'( 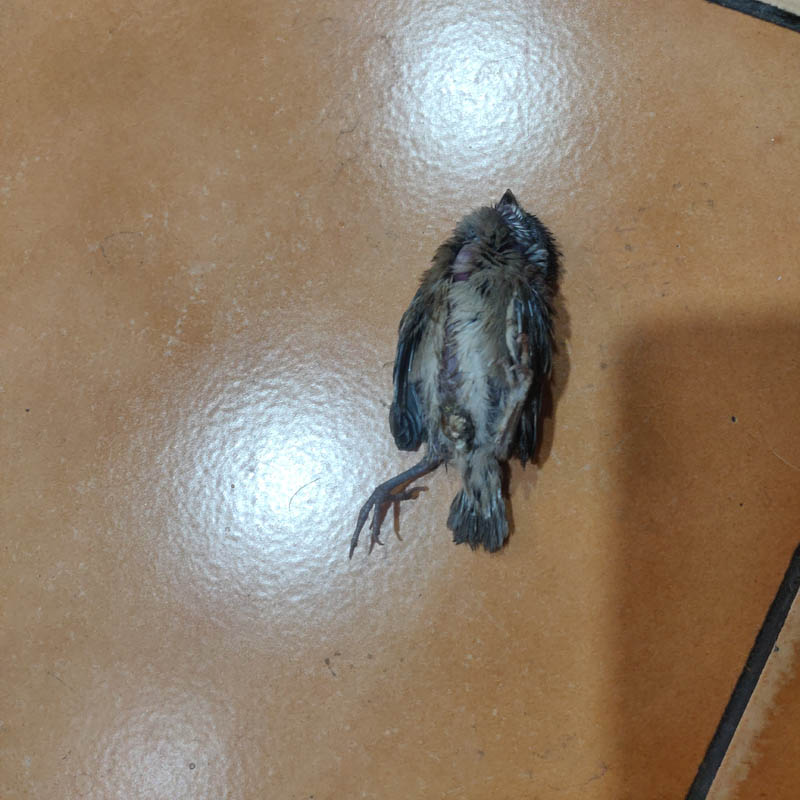 The other bird in the box too was slowly starting to become weak. It stopped chirping for food as well, and by afternoon, he too joined his brother. :'(
I was quite devastated, not just because of the two innocent lives lost but also because I didn't keep the promise I made to their mother.
However, Lalani reassured me that baby sparrows are extremely vulnerable and fragile, especially when there are no parents to feed them and they had also gone without food for a long time too. She lifted my spirits up and gave me new found strength to focus on the last remaining baby. Love her so much for that.
Apart from all the instructions that Lalani gave me over the phone, I also did my research on baby sparrows. I looked at more than 20 different videos on YouTube about baby sparrows and how to take care of them. 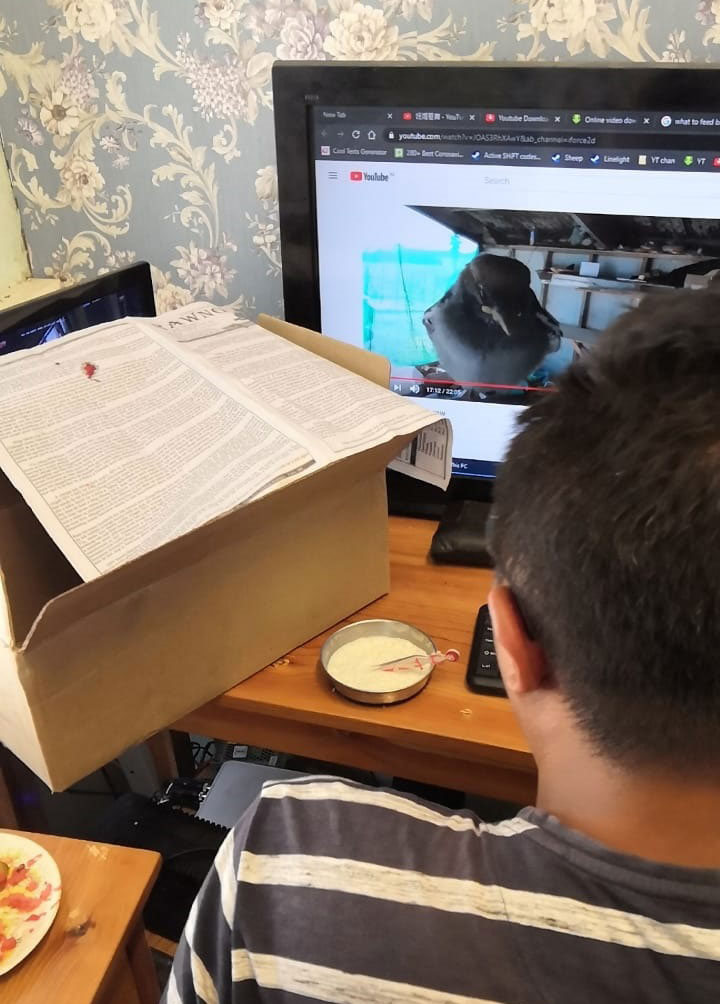 My sister too helped a lot by doing her own research. She called up her pet food contacts and soon, Thanmoya delivered enzymes for the baby sparrow to our house. 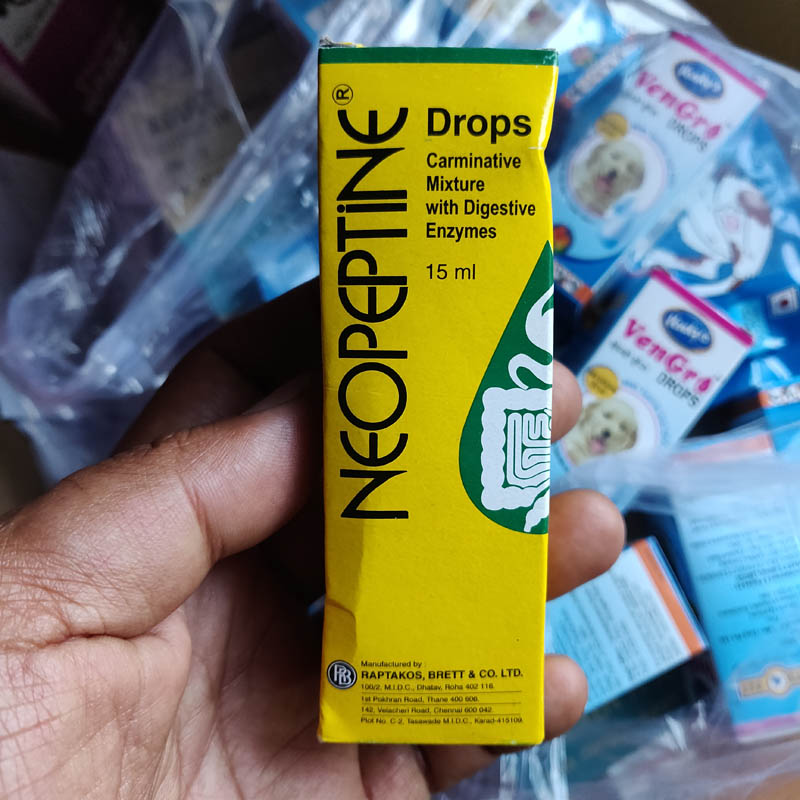 I continued reading different baby sparrow adoption articles and even applied for a PhD on baby sparrows at MZU. :P Kidding, but I did read up a lot on how to nurture baby sparrows properly. 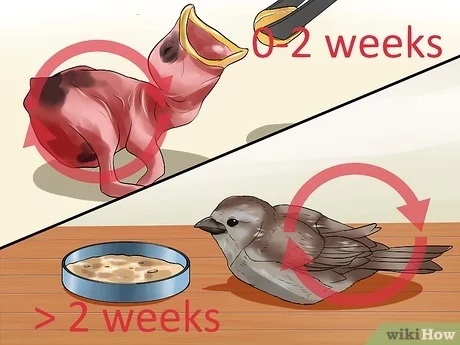 I even collected all my old socks and snipped them up into thin, long pieces. 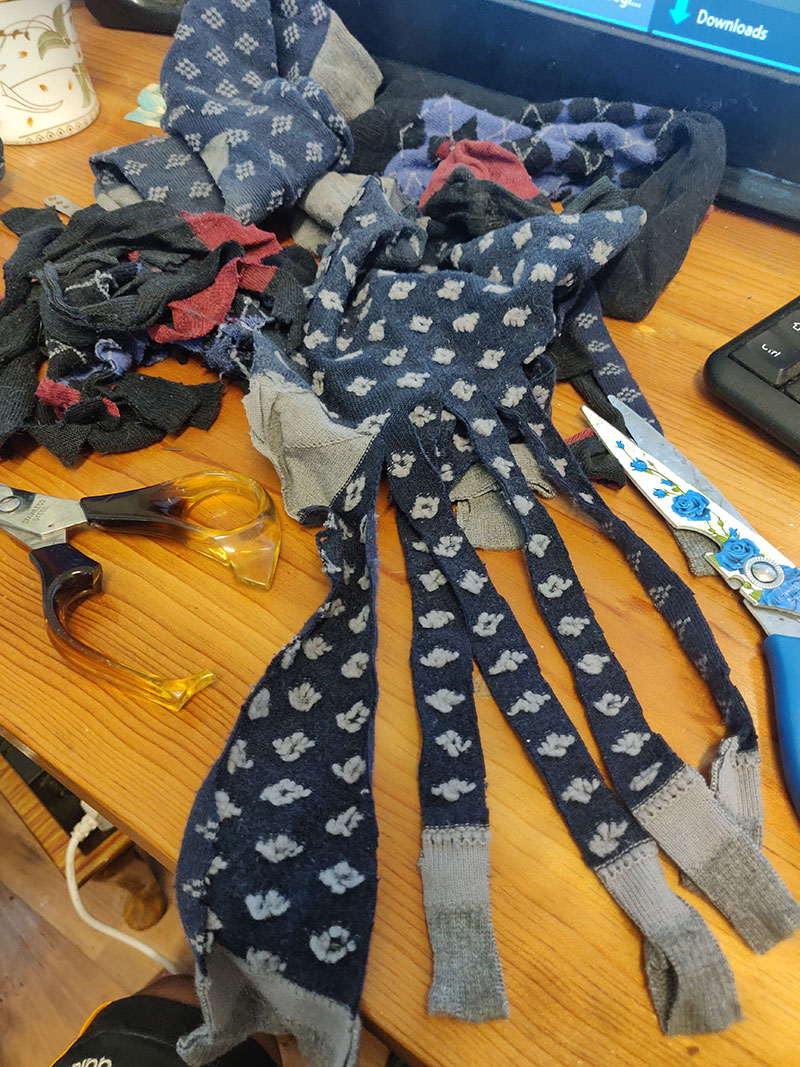 I took those pieces and filled up the cardboard box so that it would feel like a natural nest. The cotton socks also provided some amount of heat. 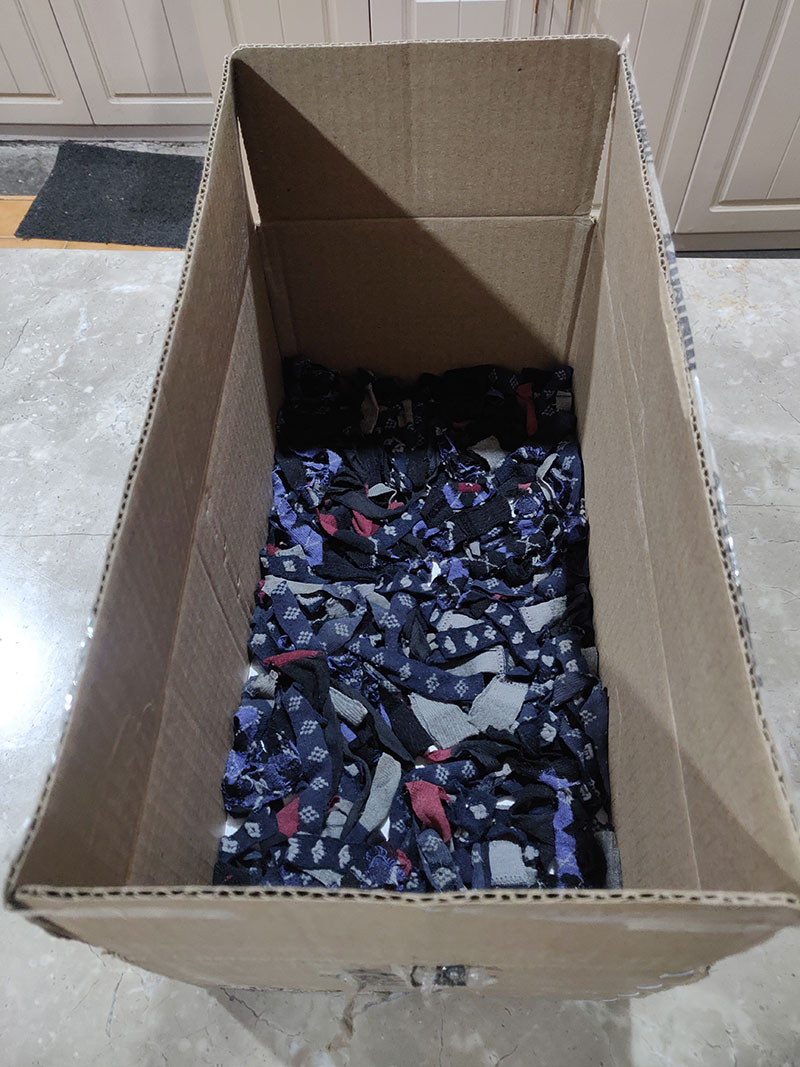 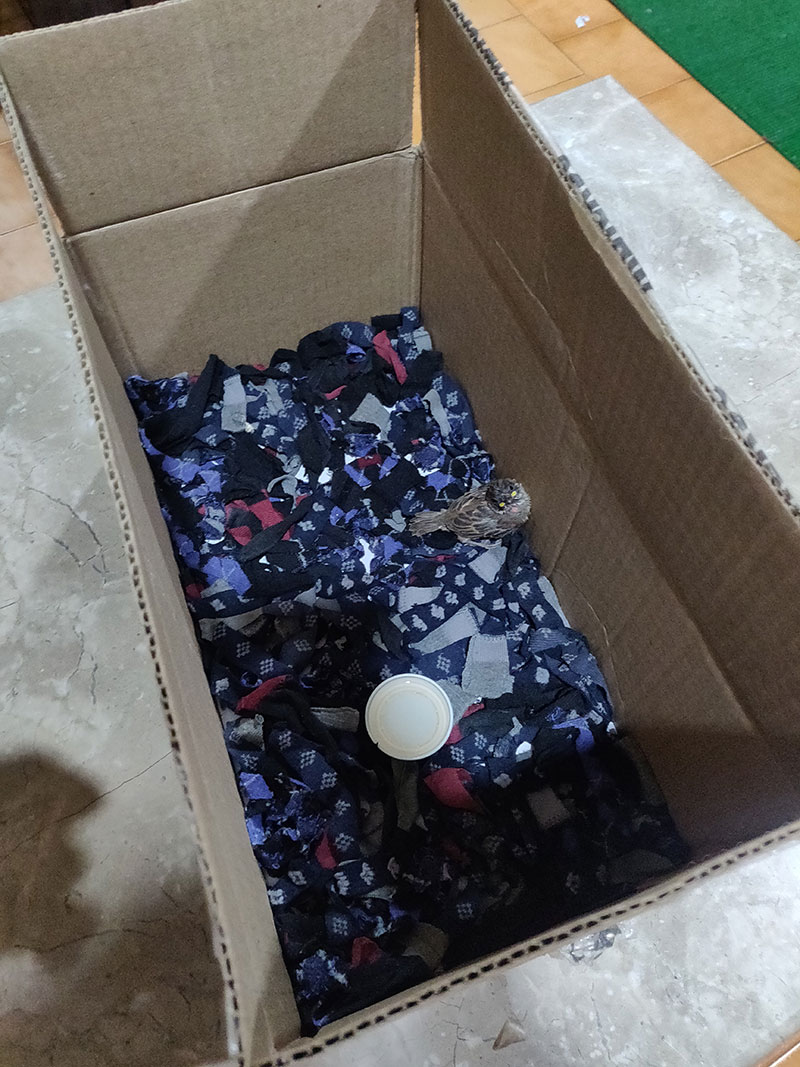 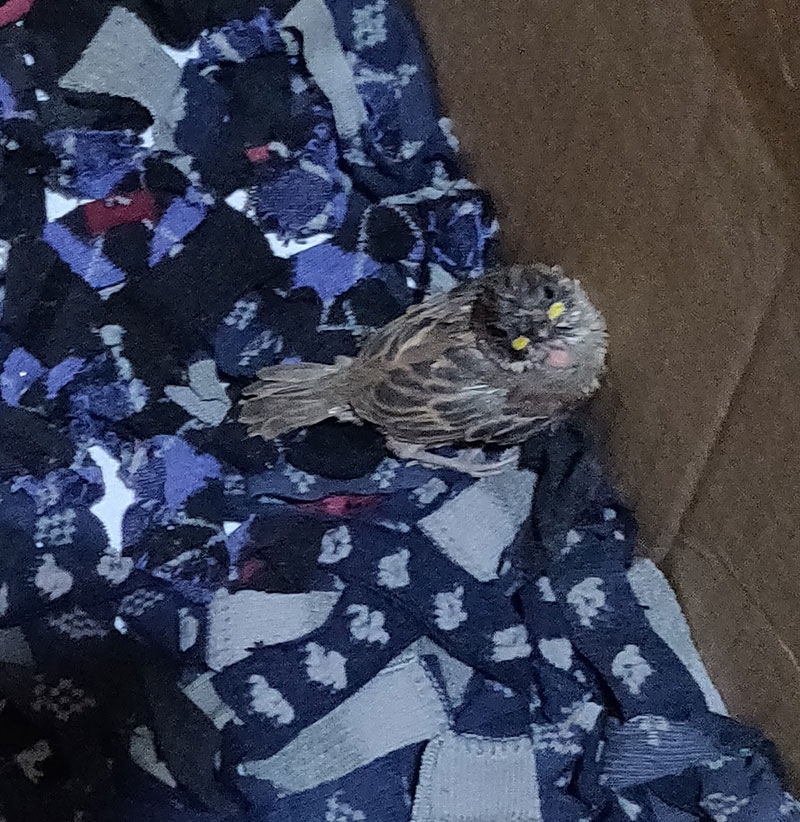 This one was a fighter. He (sorry for assuming his gender) was the same baby that kept running away in the beginning, so you know he had a lot of energy inside. He was always hungry, always pooping, always active, and always so cute.
I read a lot about imprinting too, and it was no surprise that he had considered me to be his mom.
The days passed by slowly. My sister gave me her stash of cat food and I soaked them in milk and hot water. The baby sparrow really loved that mixture! In fact, he was starting to be extremely picky, lolz. If we fed him pieces of cat food or mangoes, he would immediately open his mouth widely, but when we tried to feed him boiled rice pieces or vegetables, he would completely refuse to open his mouth, lolzzz.
Yeah, he was slowly becoming one spoilt brat. :D
But see how super cute and adorable he was! 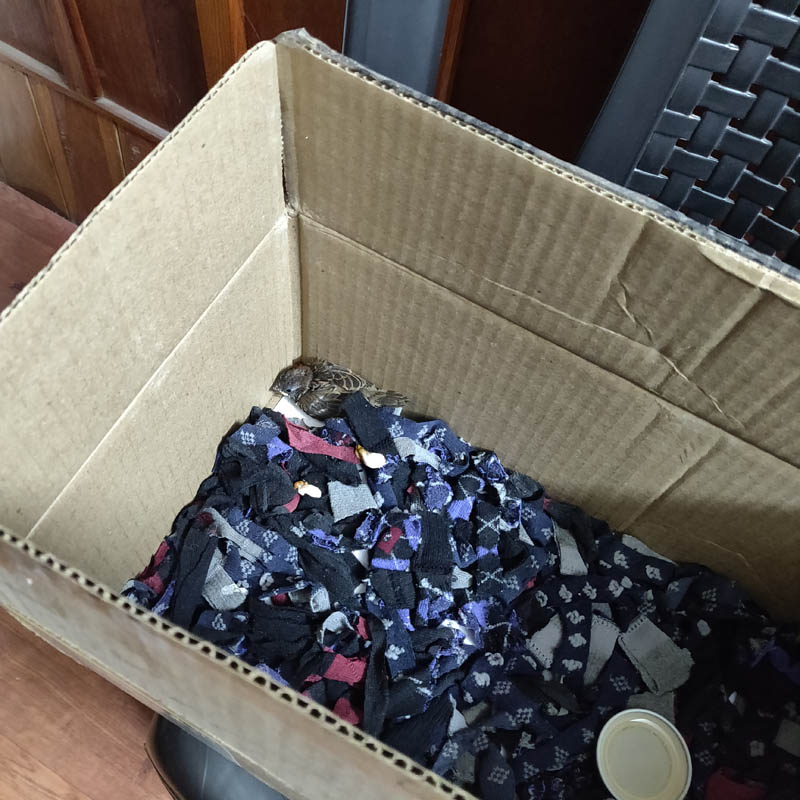 Sometimes he would move all the sock pieces I had laid down and instead huddled at the corner, as you can see above. And in the night I would cover him up with a few sock pieces to keep him warm. 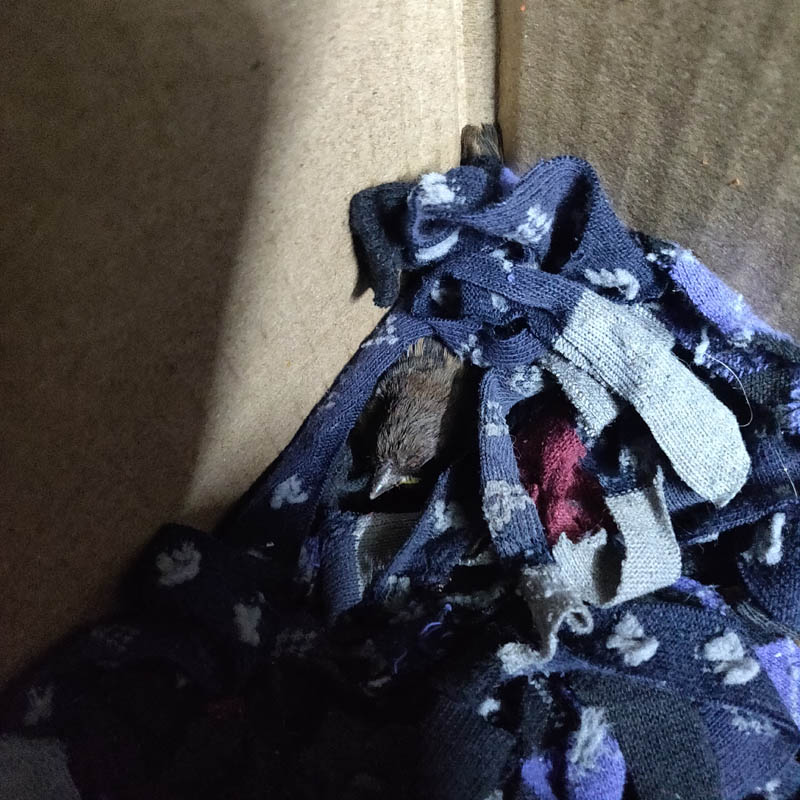 We would do a lot of things together, from listening to music together to watching movies and reading bedtime stories. His favourite song was "When Doves Cry" but he really hated the rock band "Eagles", and when it came to movies, he wanted to watch "Gone With The Wind" but was utterly disappointed the movie was not what he thought it would be about. His favourite movie character was Captain Jack Sparrow. 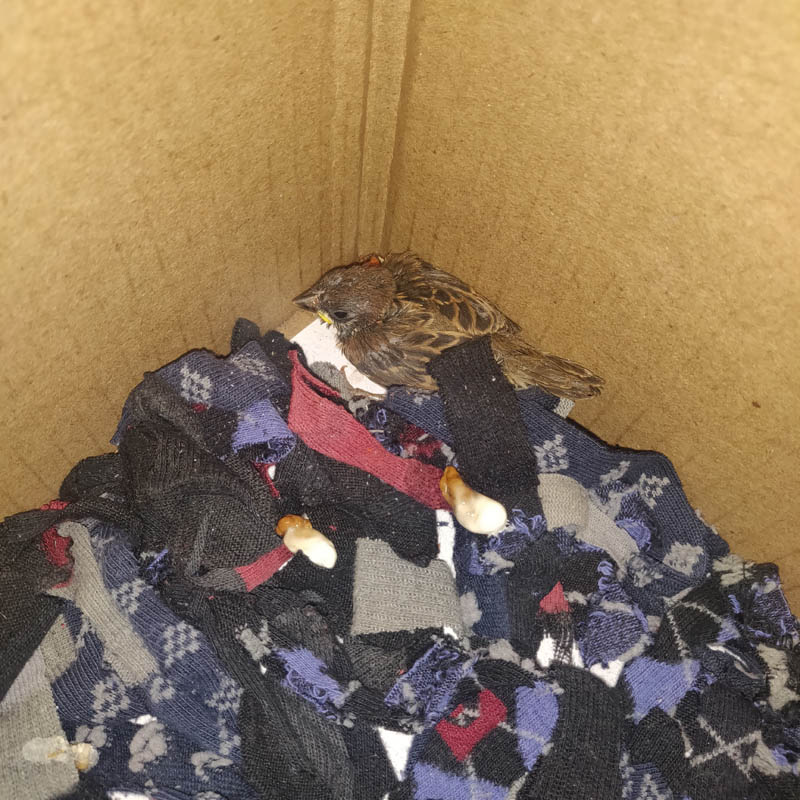 After 2 weeks of loving and caring, he started fluttering his wings. He even flew out from his cardboard box but I had to pick him up immediately because God knows what our dog Snowy might do to him!
Soon, the escape started happening more and more frequently, and Lalani told me he was trying to learn how to fly. And so we would lock up our dog inside the bedroom during the afternoons and I would place a towel on top of the cardboard box when Snowy was released in the morning and night.
And then one day he flew all across the dining hall and kitchen to the sitting room and up to the false ceiling. He was ready. It was finally time to let him go. :'(
I fed him one last meal comprising of his favourite cat food, along with one drop of the enzyme medicine. We took one last selfie together. 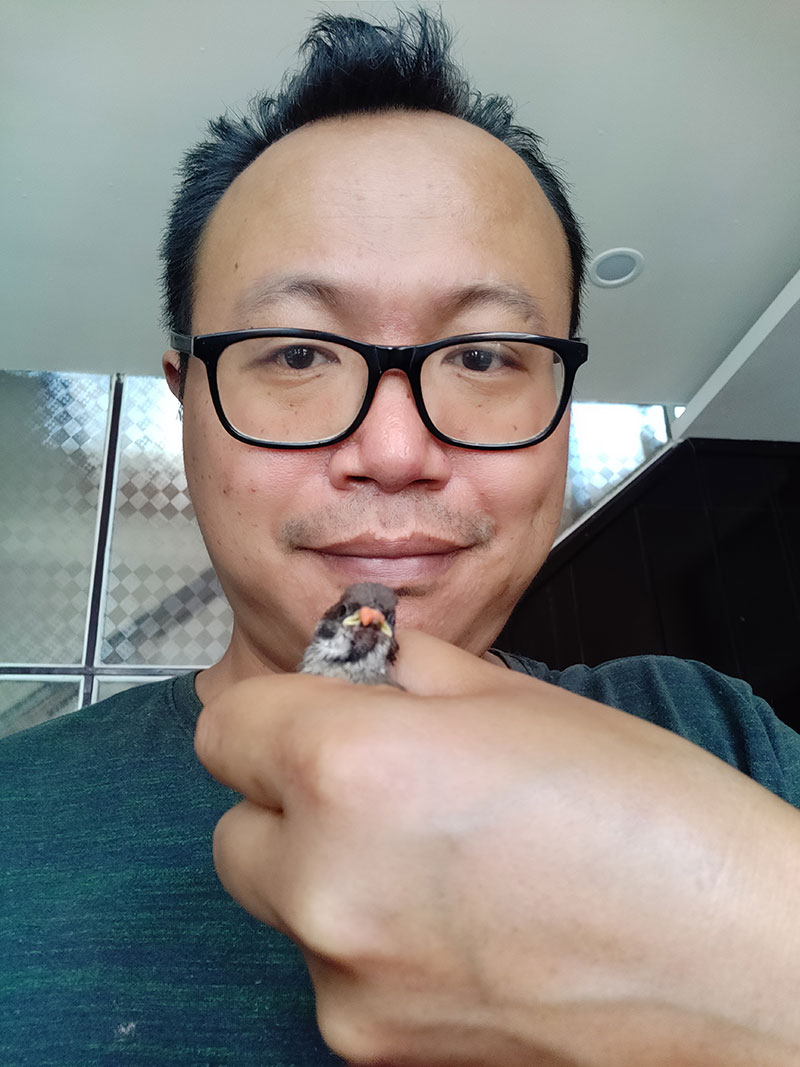 Here's a video of me releasing him back to nature. That day was Friday, 22nd April, and it was also World Earth Day. What an apt day to give him his freedom back to Mother Earth. Do look at the video below along with the music background. Click on enlarge to play in full screen.
Bye bye birdie. :'(
A big thanks to my girlfriend Lalani, my sister Dinpuii and my niece Tomi for all the help they gave me in taking care of the little bugger. Even with no parents and two dead siblings, he survived. He survived against all odds. The world says he'll never make it, but love says he will.
They've heard it's all uphill
But all they know is how they feel
The world says they'll never make it
Love says they will
- Tanya Tucker (Two Sparrows in a Hurricane).
Posted by Mizohican at Friday, May 28, 2021 No comments: