Happy New Year to you all! 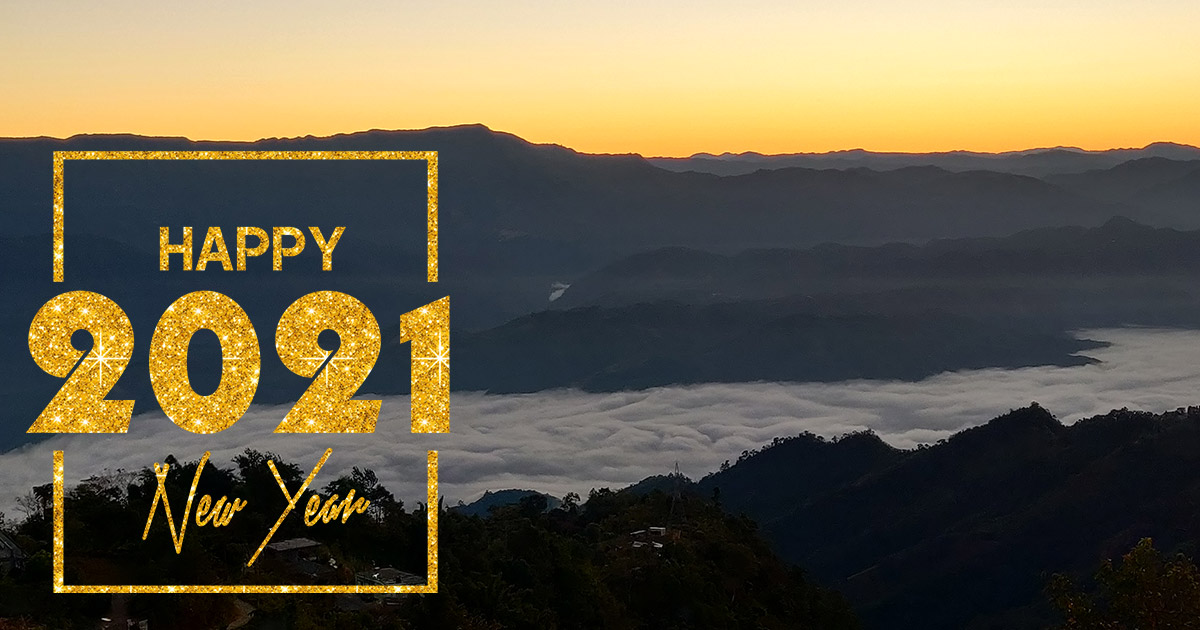 This was the last dawn photo of the year 2020 I took from our farm, as I welcomed the sun one last time to bid farewell to a very unmemorable year. 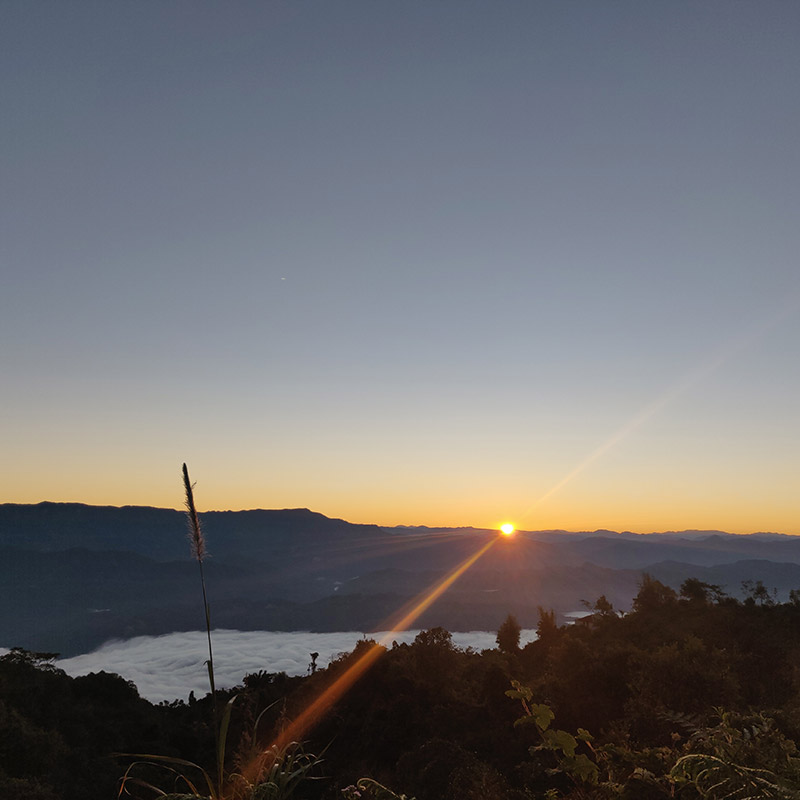 As most people too would agree, 2020 felt like January, February, March Lockdown, December, and that was it. 2020 summed up in just four months. :D
At the other side of our farm, opposite the glistering sunrise, the moon too was lingering around for a bit, as if to say, "Good riddance to such a horrible year." 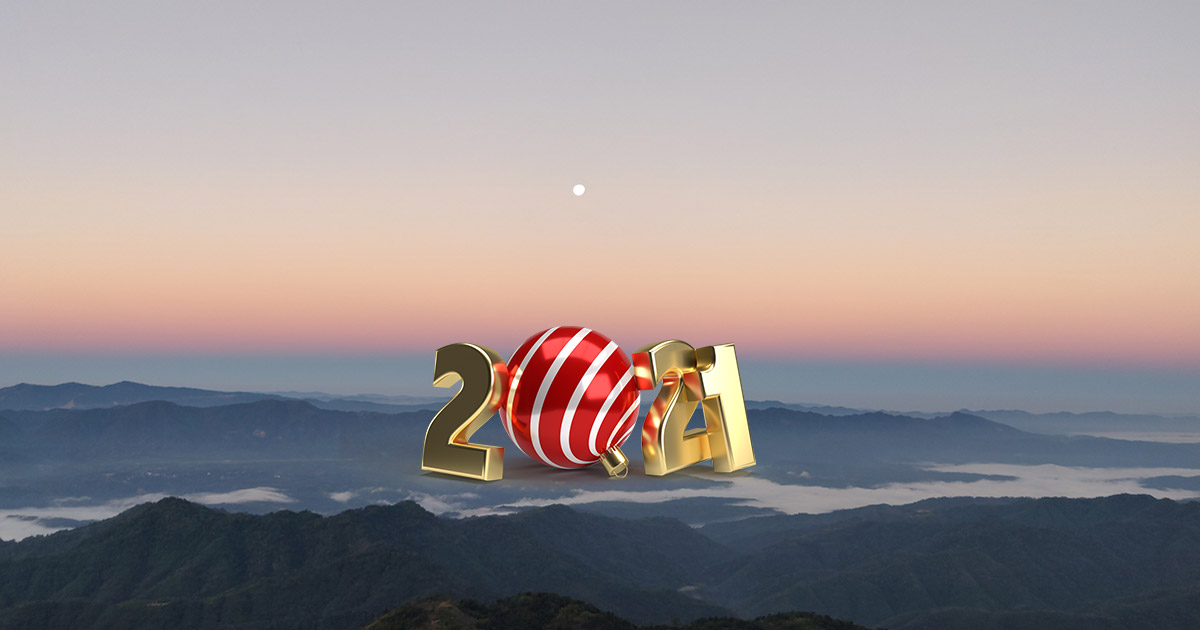 So, what does the year 2021 hold for us? Nobody can really say at this point. While news of Covid-19 vaccines are doing the rounds, other news of a new and deadlier strain of mutated CoVid-19 are occupying the headlines as well.
I've learnt my lesson from 2020 that I should not talk about the future during these uncertain times. This was my New Year's blog update at the beginning of last year. 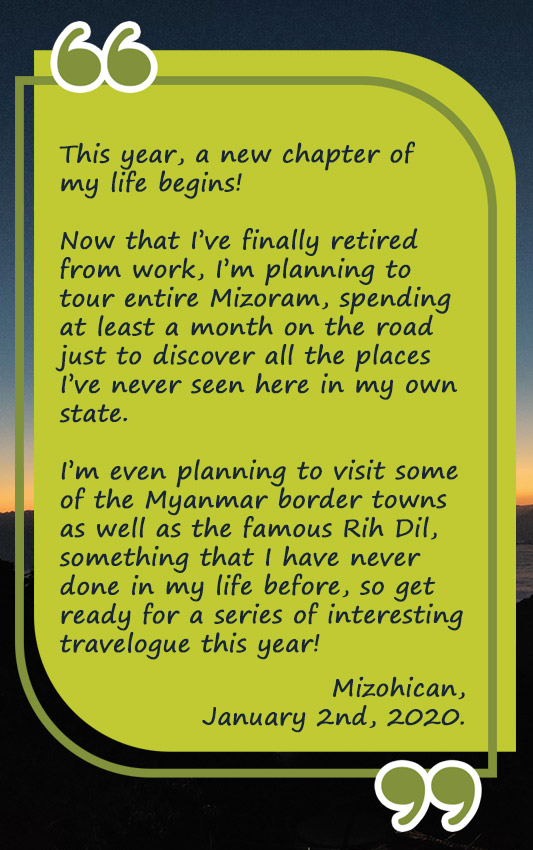 Reading what I had written now, all I can react is, "HA HA HAHAHA HAHAHAHAA!"
Oooh boy, such a comedy. What travel, most of us were stuck at home for almost the entire year. Lockdown this, lockdown that, we lived in perpetual fear since March as our State government or our Local Task Force imposed yet another curfew for the umpteenth time.
Hopefully, I can fulfil my dream of touring Mizoram this year, fingers crossed.
There's nothing wrong about getting a few things wrong. Even the movies get it wrong many times. For example, the famous air hoverboard scene from "Back To The Future" (1985) was based on the year 2015. And according to "Mad Max", the most profitable movie ever made for two decades until 1999, we should all be living in a post-apocalyptic world right now, dressing up in Steampunk (or is it BDSM?) attire :P 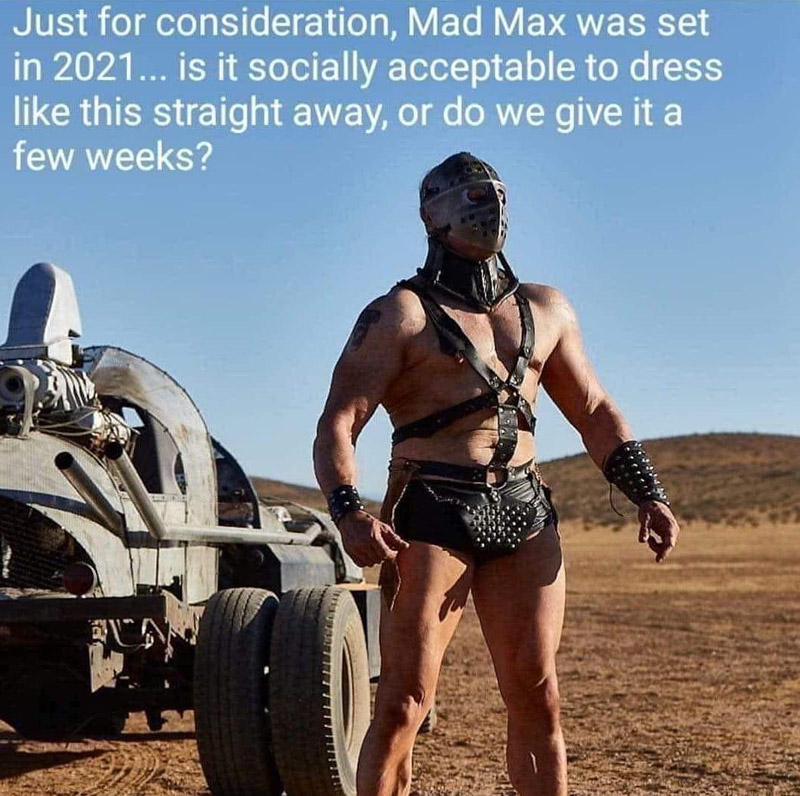 Here are a few other good movies that were all based on this year 2021. It would be a good time-pass to watch them again this year, just for kicks, to compare how different today's reality is from these movies' depiction.
And of course how can I forget the classic Keanu Reeves movie "Johnny Mnemonic" (1995) that was also supposed to be based on 2021 as well. :D 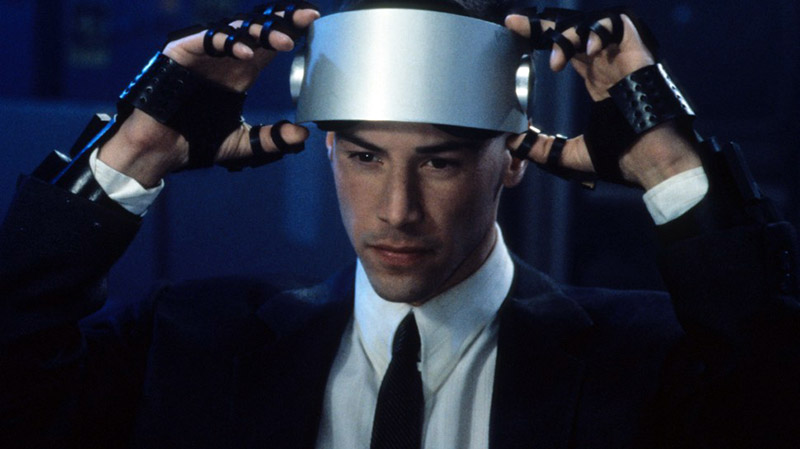 "Johnny Mnemonic" had been rightfully nicknamed Proto-"Matrix"! :D
As a game designer, when we're making any game, we first make an MVP (Minimum Viable Product), which consists of just a few bare essential features. Even before that, we make a prototype, which is even barer than an MVP. That's what "Johnny Mnemomic" feels like compared to "The Matrix". :D
Like I said, it would be a good way to while away the time watching these movies again, especially since we still have a daily 8 PM curfew and Sunday curfew here in Mizoram even as of today. (Question: Are we the only state still following this rule in India?)
My close friends living in Pune asked me if I regretted moving back to Mizoram and being stuck at home for almost an entire year now, because even though Pune recorded the second highest infection rate in the country, things pretty much went back to normal quickly. Shopping malls and pubs reopened again, movie theatres were operating, and the roadside vada-pav and paani-puri wallas reappeared at their respective street corners again.
Regret?
No regrets at all.
Because if it wasn't for the lockdowns and continuous self-isolations, I don't think I would ever get to know somebody online, someone who suddenly filled my darkest soul with the brightest spark, who guided me through this pandemic and became my placebo, someone who I never imagined could be lamer and funnier than me... 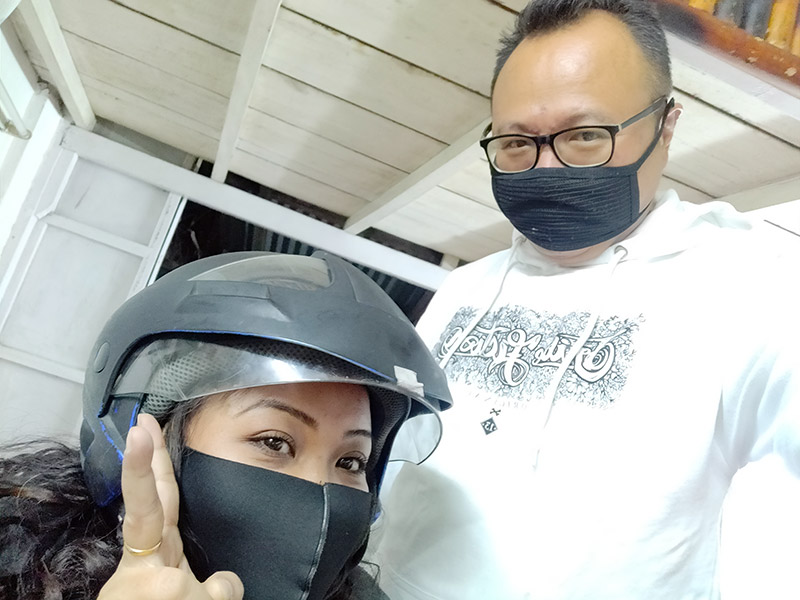 But it wasn't the most jubilant time for us, as Lalani's mother was admitted at Aizawl hospital a day after Christmas. She is still staying in the hospital as of today, so please do pray for her quick recovery.
We spent our New Year's eve together at "The Bamboo Cave Eatery", opposite Aizawl hospital, right after spending the whole day with her mother in their hospital cabin. 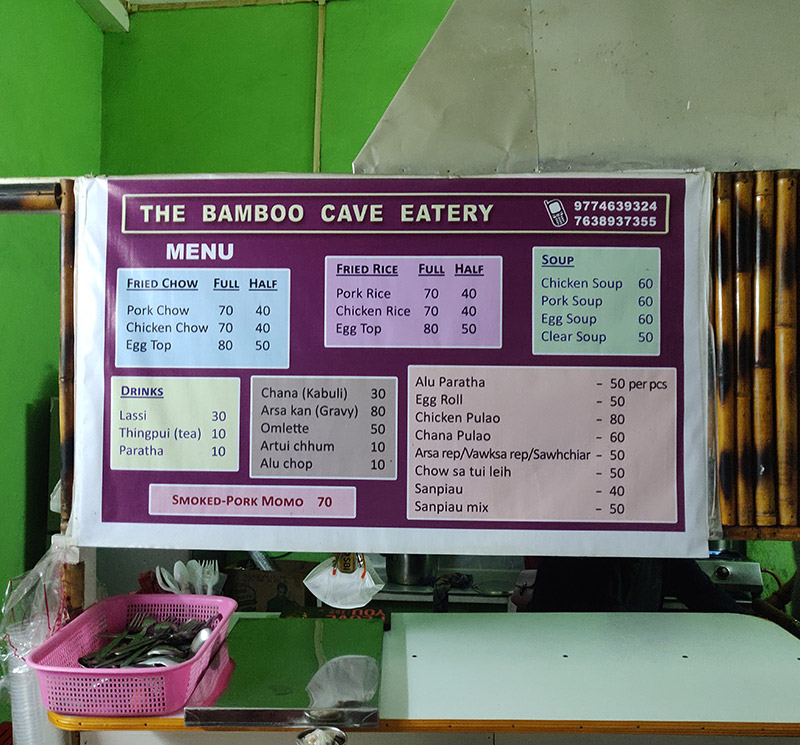 Was it romantic? Indeed it was, because romance is nothing but a social construct predisposed to different interpretations, and in our case, it was the context that mattered. 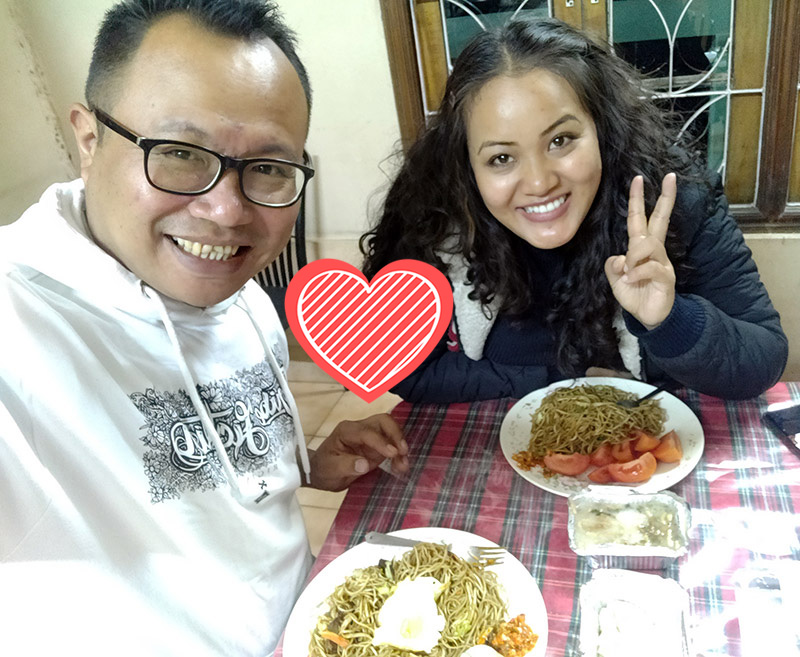 We packed our food and headed home to eat together. Yuumm, my last meal of the year 2020. 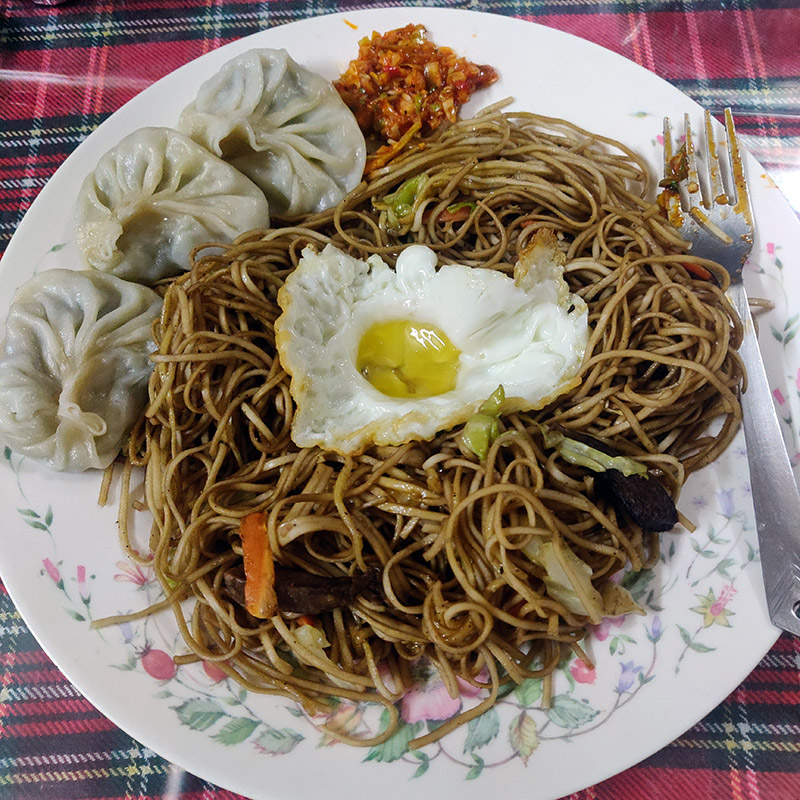 Just sitting together and eating noodles from the hospital restaurant felt more satisfying than having a candlelit dinner by the shores of Bora Bora. The chow artui chhipchhuan on my plate reminded me of how she carried my thinlung chhipchhuan. :) 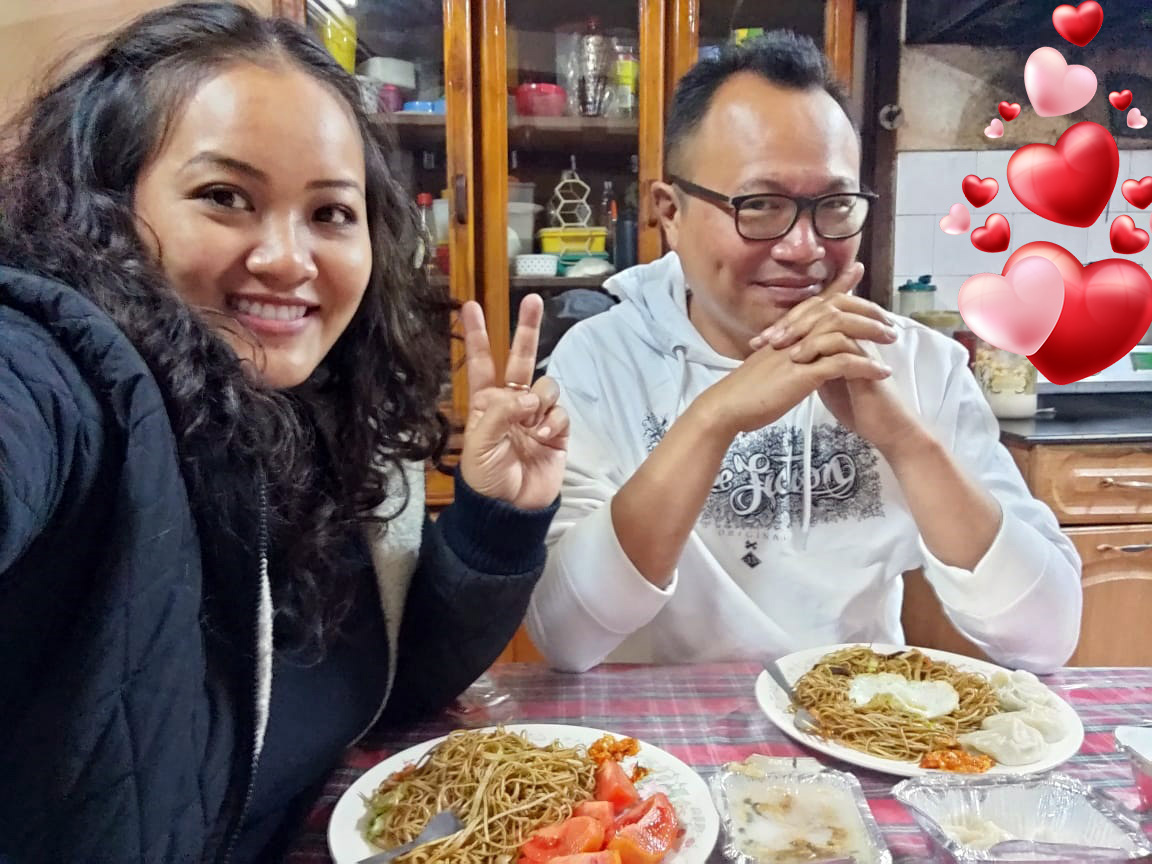 An hour later, Natalia and her boyfriend Wilfred joined us. 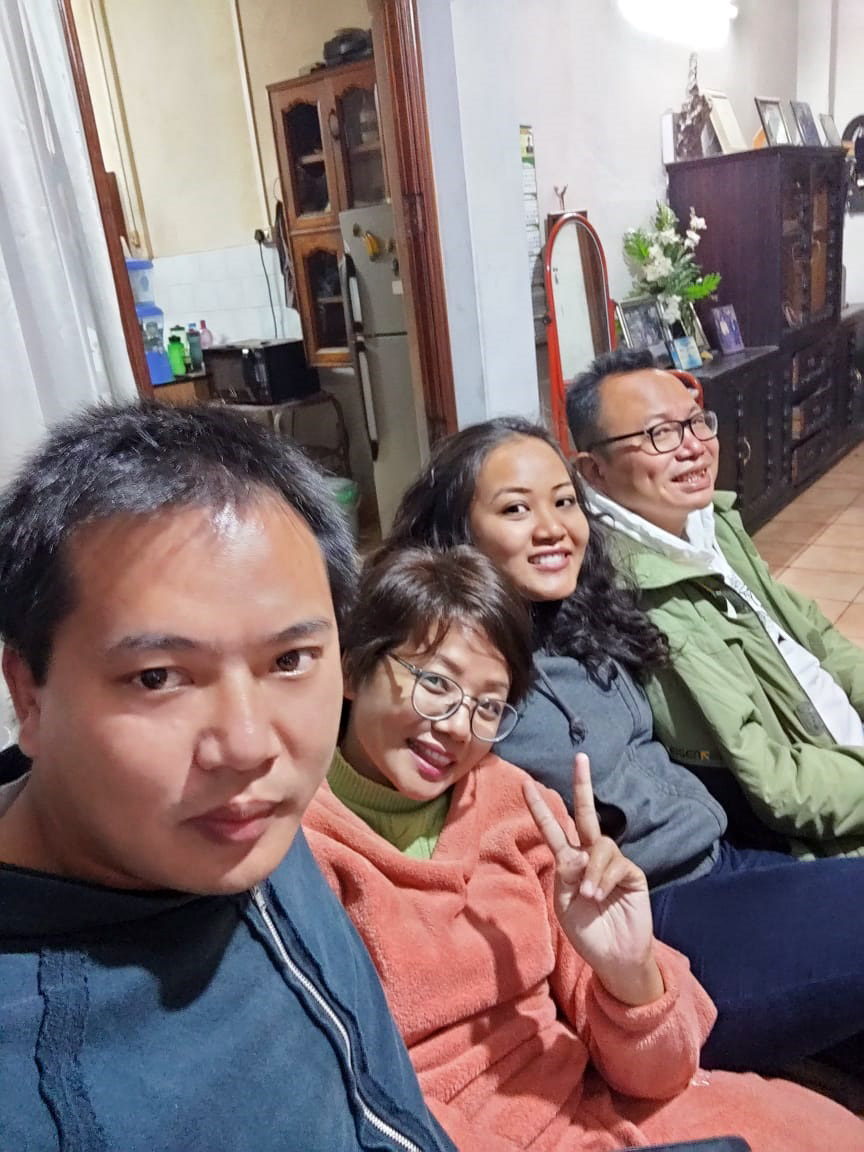 It was so great to finally meet the notorious Natalia in person, and she was just as lively and bubbly in real life as she was on Facebook. She was outspoken with her thoughts, fiery and feisty about her opinions, not afraid to address even the most controversial topic. The perfect liberal woman, in contrast to conservative ideals where women are silenced, bound and gagged to subdued nothingness. 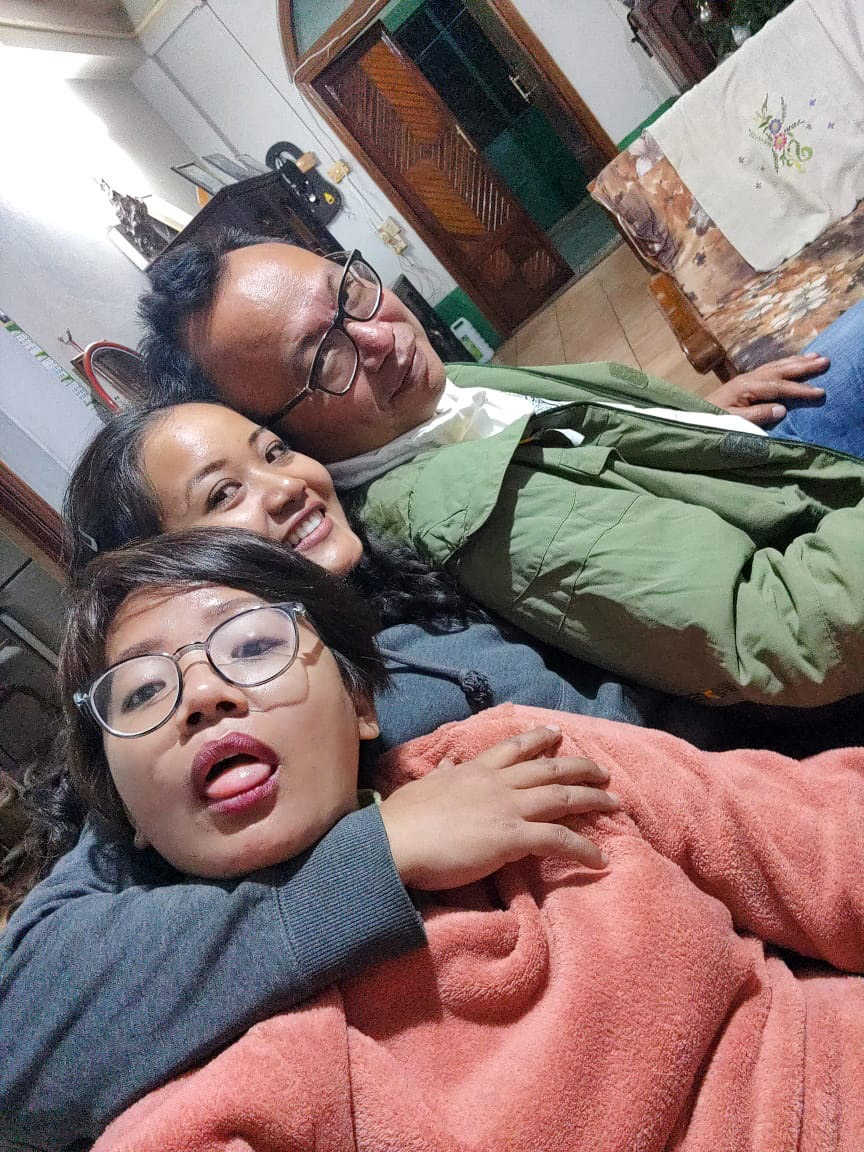 They apparently went to Tawi Wildlife Sanctuary and climbed up to the peak, and then came from there. After that, they returned from there. Badumtsss. 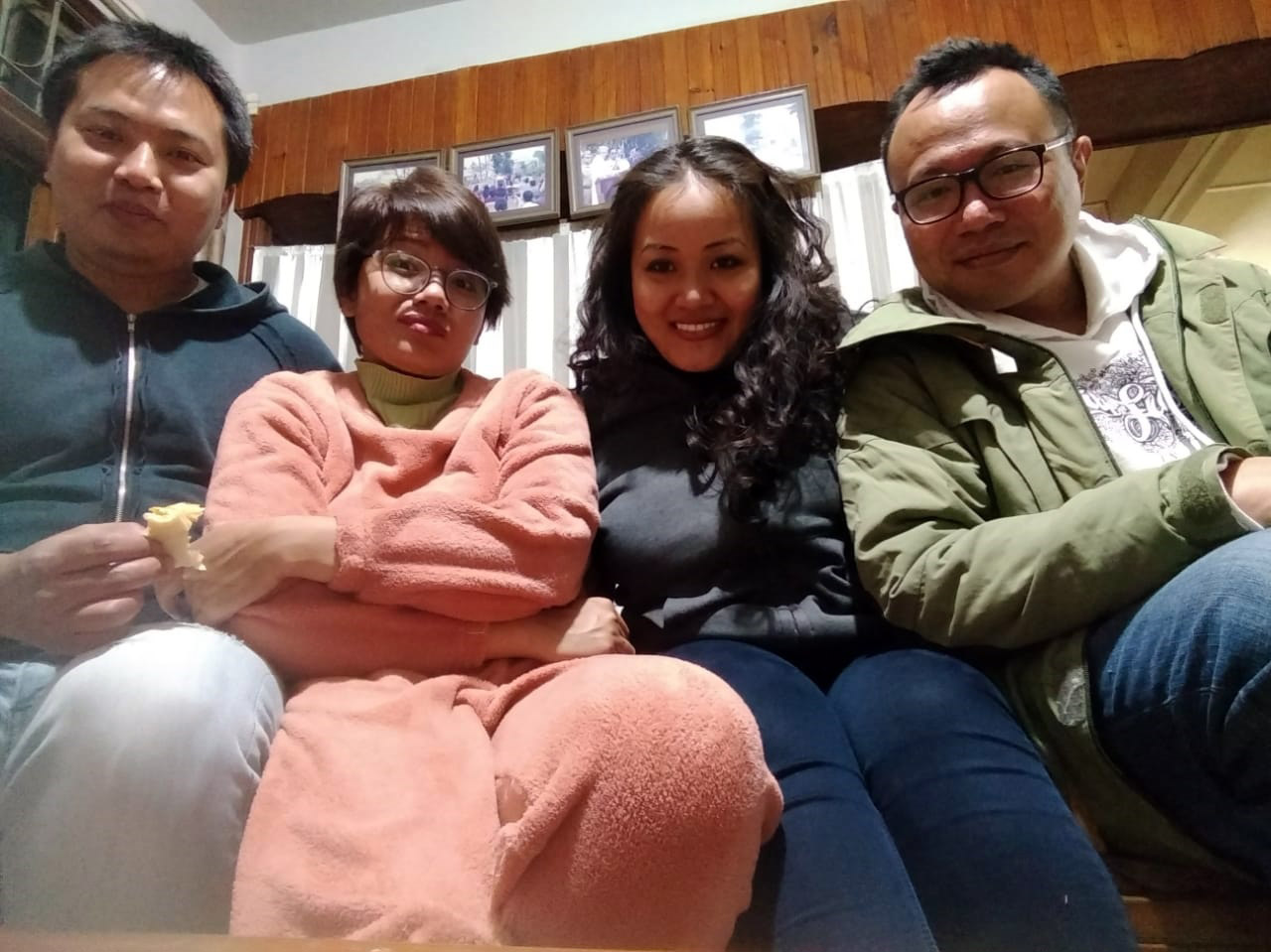 We had an amazing time chatting and making fun of each other. Natalia and I also got into a brief debate about Trump before Lalani told both of us to shut up. :D
Just before the clock struck 12, Sameer came and gifted us this delicious and fresh cheese pizza, courtesy his own bakery known as "Wakebake Cakery". It was soooo good.

Soon it was midnight. Happy New Year time!
And then the Aizawl sky lit up like never before!
I mean, much as I was captivated by the beauty of all the fireworks simultaneously lighting up the sky, I was quite surprised too, because this time, our government promised to be more strict about fireworks, especially because of the ongoing pandemic. Instead, the volume of pyrotechnics in action was far greater than before. 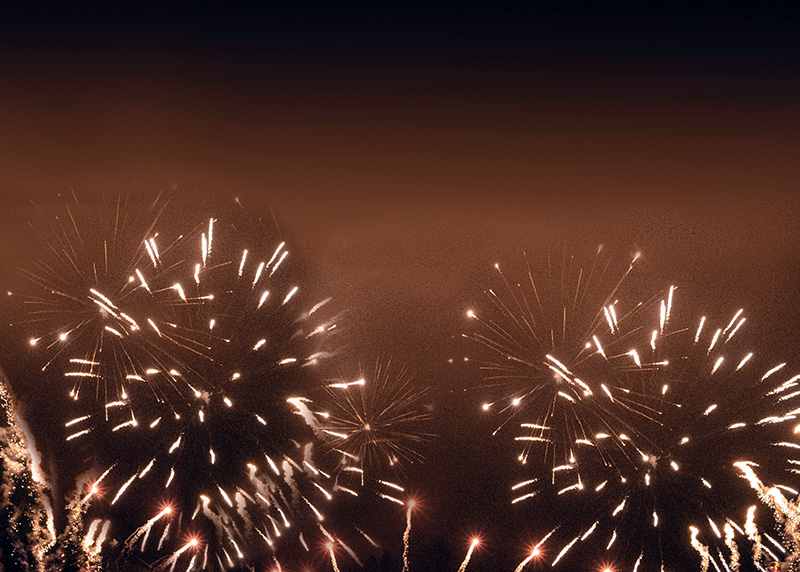 The devil's advocate in me argued that since we had all been living under lockdown for so long, devoid of any entertainment, maybe we deserved to witness such grandeur for a few minutes?
And of course the devil's troll in me argued that since at least 80% of Mizos supported Donald Trump, they were planning to celebrate his Presidential re-election with lots of fireworks, but alas, things didn't turn out as planned, and so they had a lot of fireworks lying around at their houses, and that's where all the extra fireworks came from that night?
Plausible, naw? I mean, I'm not making up about the fireworks though, as you can see one of the many screenshots from our misual.com WhatsApp group below (my friends' names are censored though to respect their privacy). 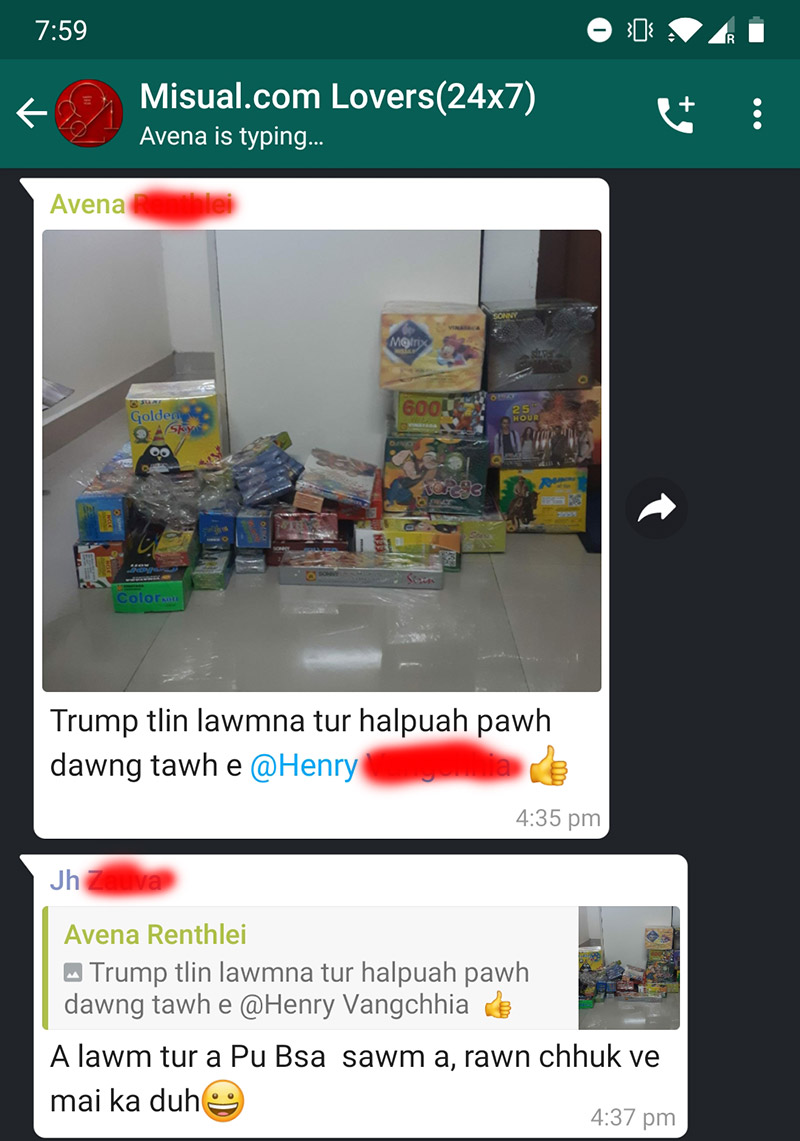 There was really nothing to do with all the fireworks they had stockpiled for the re-election announcement, and so New Year was the best opportunity to get rid of them. Probably. :D
Anyway, the fireworks stopped after 10 minutes, and Aizawl was a dead city once again after that.
It's only when you have pets at home or relatives who are in the hospital, that you'll realize even more about the gravity of noise pollution, as well as air pollution. Sad.
By 12:30, we said our goodbyes as Natalia stayed back at Lalani's place for a sleepover and to comfort her because of her mom, while Wilfred dropped me on his way home.
Since we were at the hospital the whole day and Wilfred had a medical pass, we weren't too worried about being caught by the cops for breaking curfew time, but the weirdest thing happened. We passed a lot of cops, checkpoints and police vans at every locality on our way home, but NONE of the cops stopped us! They stopped other vehicles but when they saw us, they just gestured at us to continue driving. Damn! :D
I mean, yeah, we had a permit so it wouldn't have mattered had they stopped us, but not to be checked while checking everybody else was a very elating experience for me. My friends later told me that the cops know who to check or not based on the person's face, and since we were sober and I look quite old, they didn't bother to check us as they knew we were legit. I don't know whether to be happy or sad about that. :D :P
Back home, my family had taken the ceremonial New Year photo without me. :D 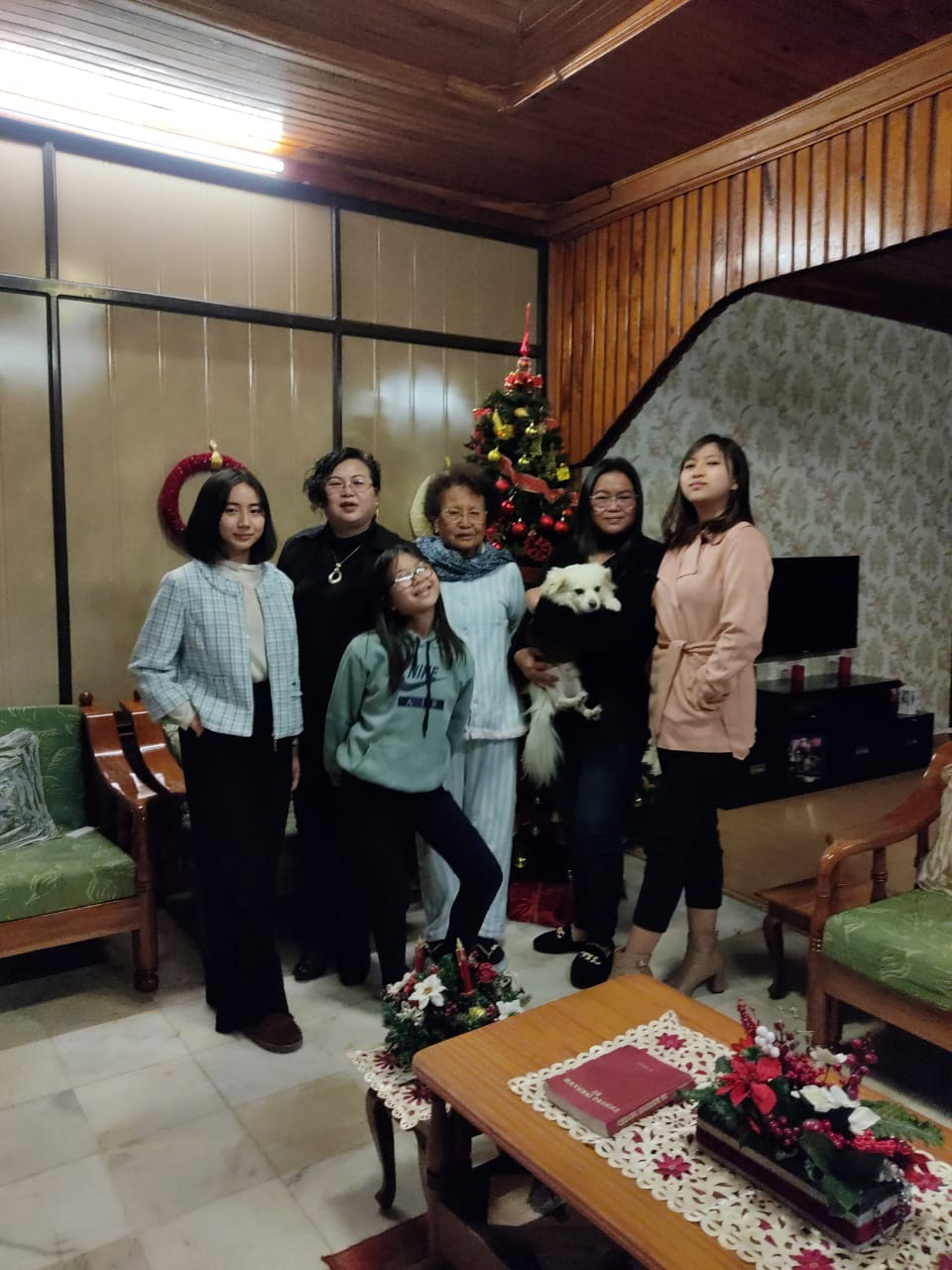 My sister from Malaysia along with my brother-in-law too sent their New Year pic to the family group. 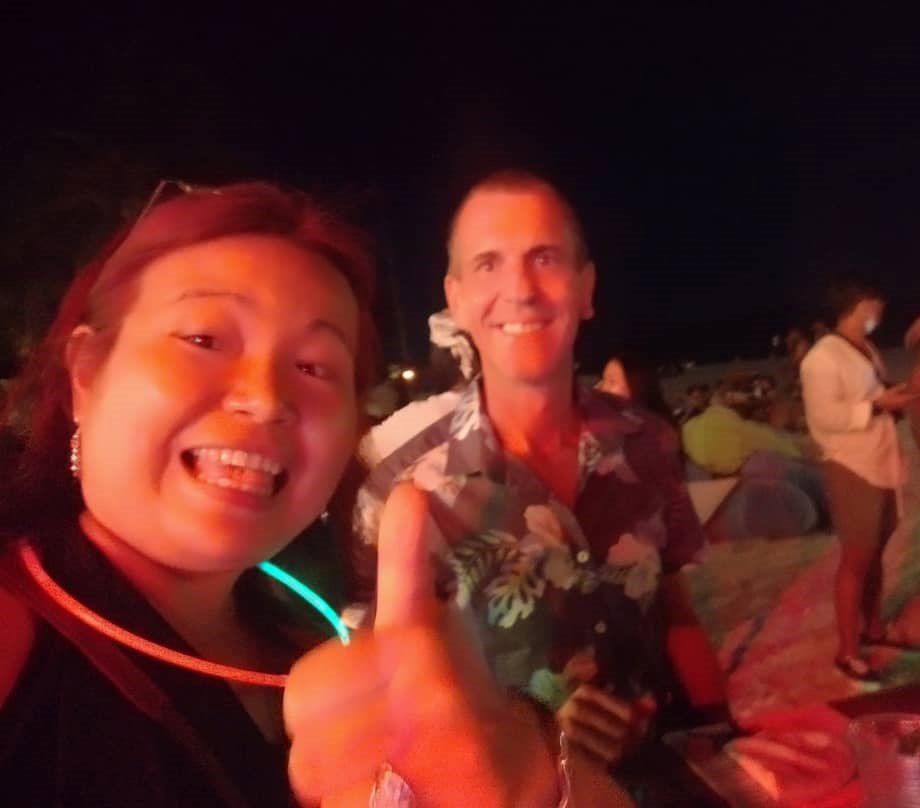 Sadly though, by the time Wilfred dropped me at home, they were about to sleep. My niece too had fallen asleep on the couch waiting for me to come home. Awwee. 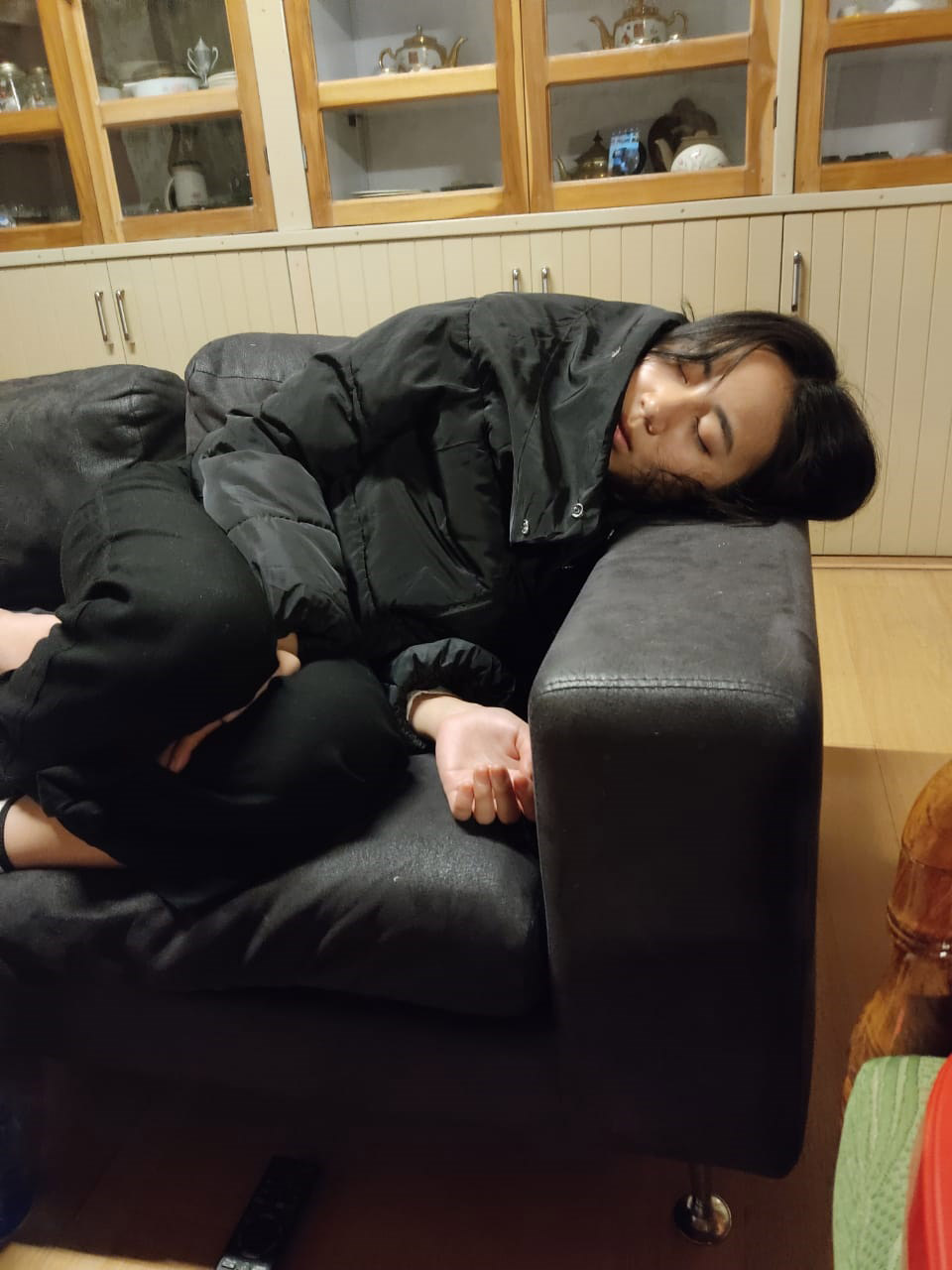 All in all it was a wonderful and memorable New Year. It was lovely to spend even a few minutes with Lalani, despite her mother being in the hospital, and it was indeed a great comic relief to hang out with the amazing and funny Natalia and Wilfred, thanking them again for dropping me home.
Once again, please do pray for Lalani's mom so that she will recover soon, and hoping to see a bright year this time.
Take care everyone.

Update 11th Jan: Sorry, I was busy for the past 4 days because Lalani's mom got serious and is now in the ICU, Aizawl Hospital. I didn't even get the time to post this blog link on FB, which I'm doing now only. Please continue praying for her. And those of you who read my blog and are her friends, it would mean a lot if you visit her. She and her brothers are at the hospital parking area 24/7 since Friday.
Posted by Mizohican at Friday, January 08, 2021

Wishing Lalani's mom a speedy recovery and wishing you sucess and lots of fun in touring the entire Mizoram. Keep us updated in your blog...👍

~ Our prayers for Lalani's mother's speedy recovery.. Best wishes for the year ahead ✨