Chp 455. Of Chile and Passport nightmares


I know I’ve been away from the blogosphere for a really long time. I’ve been through one hell of an adventure the past few months, hopping from one city to the other with no time for proper rest.

As I mentioned in an earlier post, along with a few friends, I started a company called FITH Media Pvt Ltd, where we develop mobile games for Android and iOS platforms. We have four investors so far, but as you know the story with most start-ups, the money aint ever enough because of the necessity to spend more time on R&D. We still need more time to properly monetize and be self sustainable by introducing smart In-App Purchase strategies.

And so recently we applied to a couple of incubation programs like YCombinator, TechStar and StartUp Chile.

StartUp Chile is a world renowned accelerator program, where they select the best start-up companies from across the world and fund them. The catch is, the founder(s) will have to be in Chile for the entire duration of the program – 7 months.

But in exchange, they fund the selected company with USD 40,000 (that’s around 22 lakhs INR yo!) and the best part is, it is equity free! Other accelerators fund similar amount but they take around 7-9% of your company’s share.

And so, even when we applied, we never expected to be selected. But then, what was the harm in applying we said, and submitted a short introductory video (our pitch video) we made in roughly less than two hours.

1577 companies from 68 countries applied this time.

Only 100 companies were selected.

And yes, *drum roll* we’re one of those selected!!!

Here’s what the judges said about FITH Media –

The games are of a good quality and would interest people of age groups as well as backgrounds. The only worry is you are up against many game developers who are in the similar space. My high ratings are based on the parameters mentioned and hopefully you will remain differentiated.

I think you are underestimating your uncertainties. Is not only where the market goes, is about what can limite your success. How are you going to acquire users? how much it costs? what is the ratio of success of a game in the industry? how can you increase that ratio? what kind of results do you need to be profitable? The differentiator with your competition is maybe not too strong, and your industry is very competitive with a lot of offer. I think you have a strong team and the right spirit. Good luck!

Looks like a very interesting company. The team looks very talented and they seems like a great bunch of people to get to Chile. It's always difficult to know how it goes with companies like this - but this is one of the better ones I've seen.

I was in Delhi with our Co-Founder Sumeet for a couple of business meetings when the news broke out. We couldn’t believe it. We cancelled all our remaining meetings and immediately called the entire FITH Delhi team for a celebratory party at 2 in the afternoon at T’zers, Saket. Dayymmm we all got royally sloshed even before Sunset. I even pulled my girlfriend along, who was doing her PhD research at IGNOU then. To hell with work, it was worth celebrating. 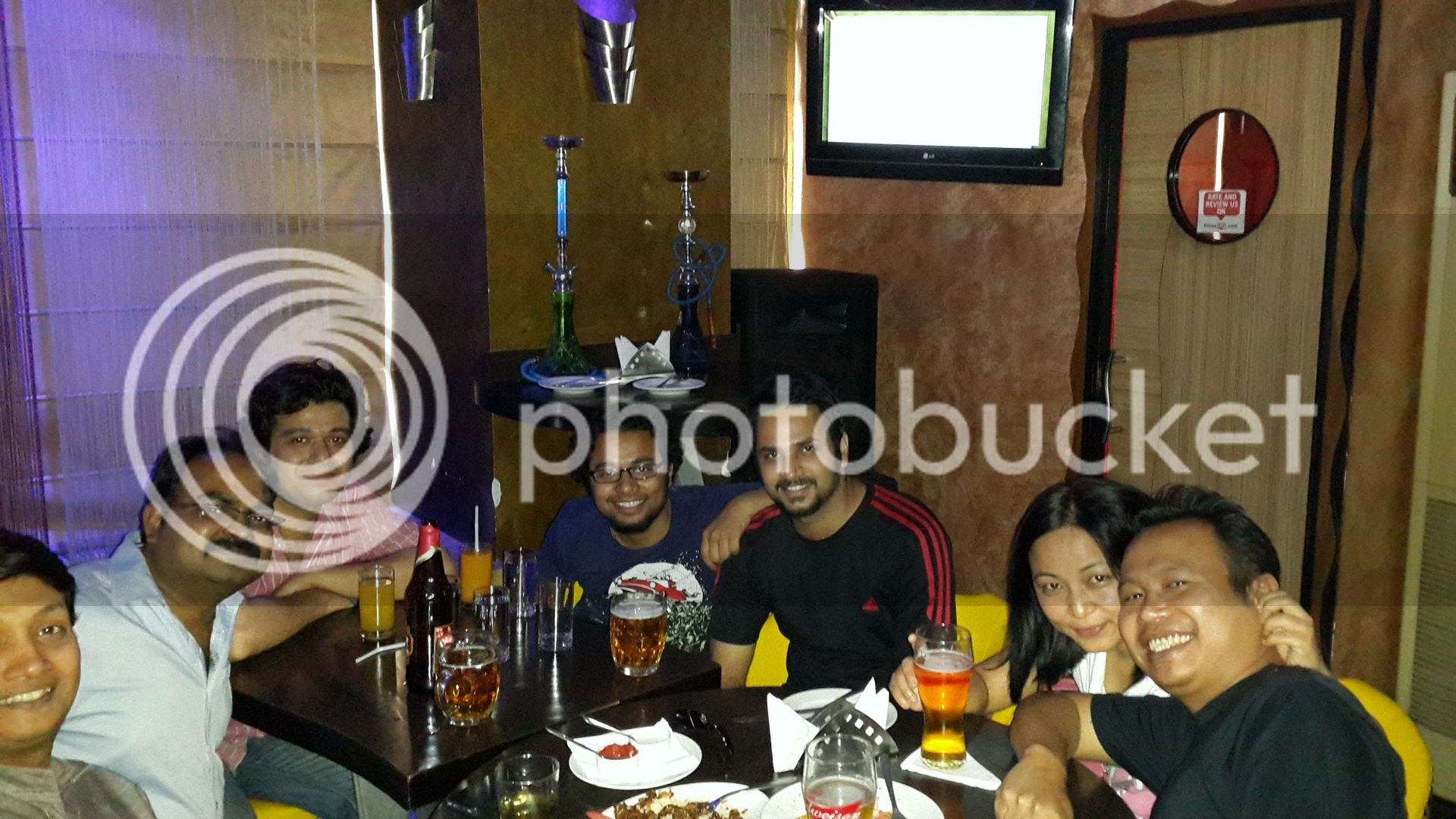 That very night I got severe poisoning – puking and loosies every two minutes followed by severe chills and high temperature. I was bedridden for the next two days. In a hotel room. All alone. The room service guy became my new best friend, checking up on me every 30 minutes.

But thoughts of Chile encouraged me to live and fight the fever. My cousins, friends, colleagues and girlfriend visited me every day and brought me fruits and medicines, and even gave me sponge baths (thank you zualbonez :) ) 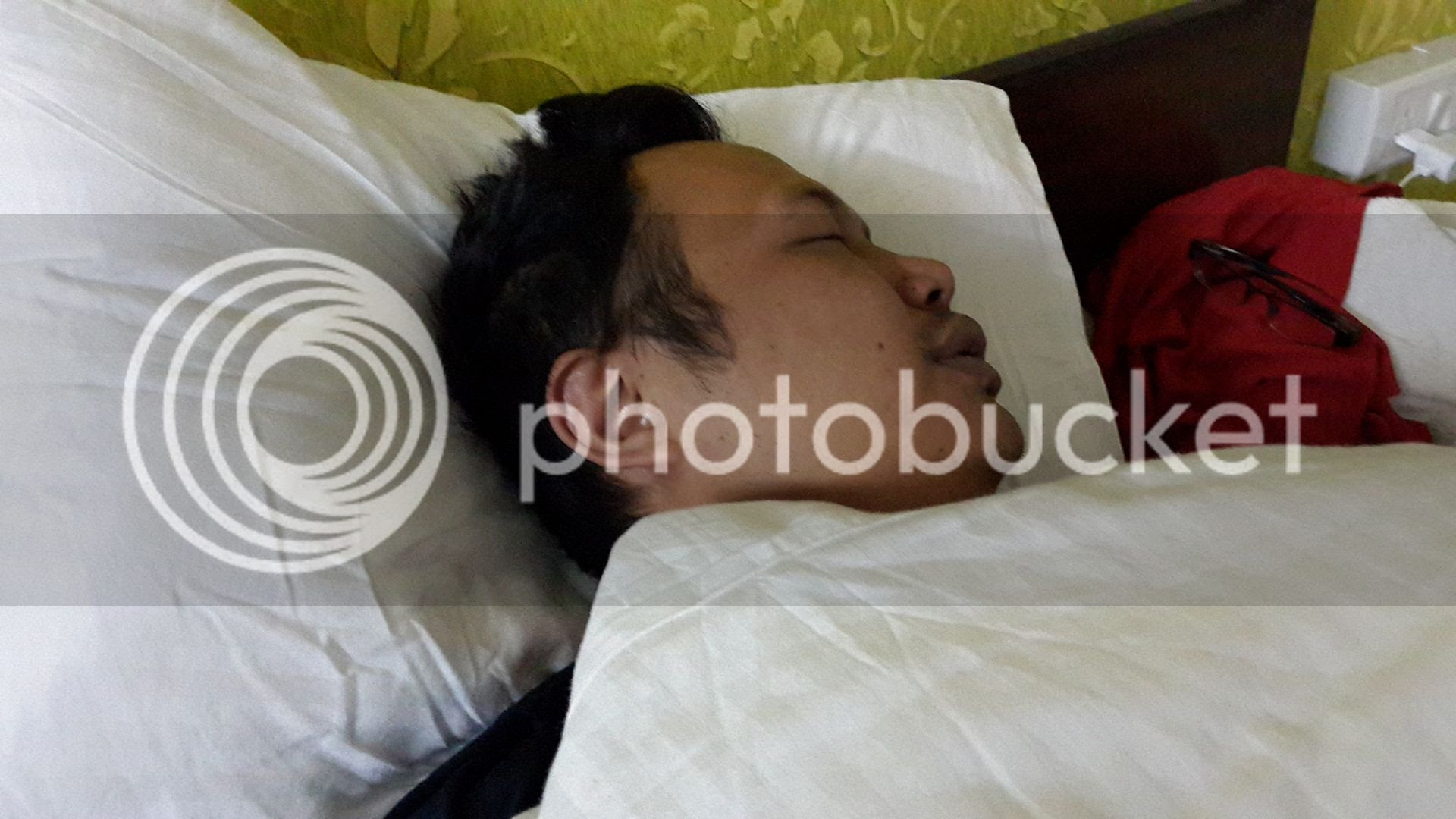 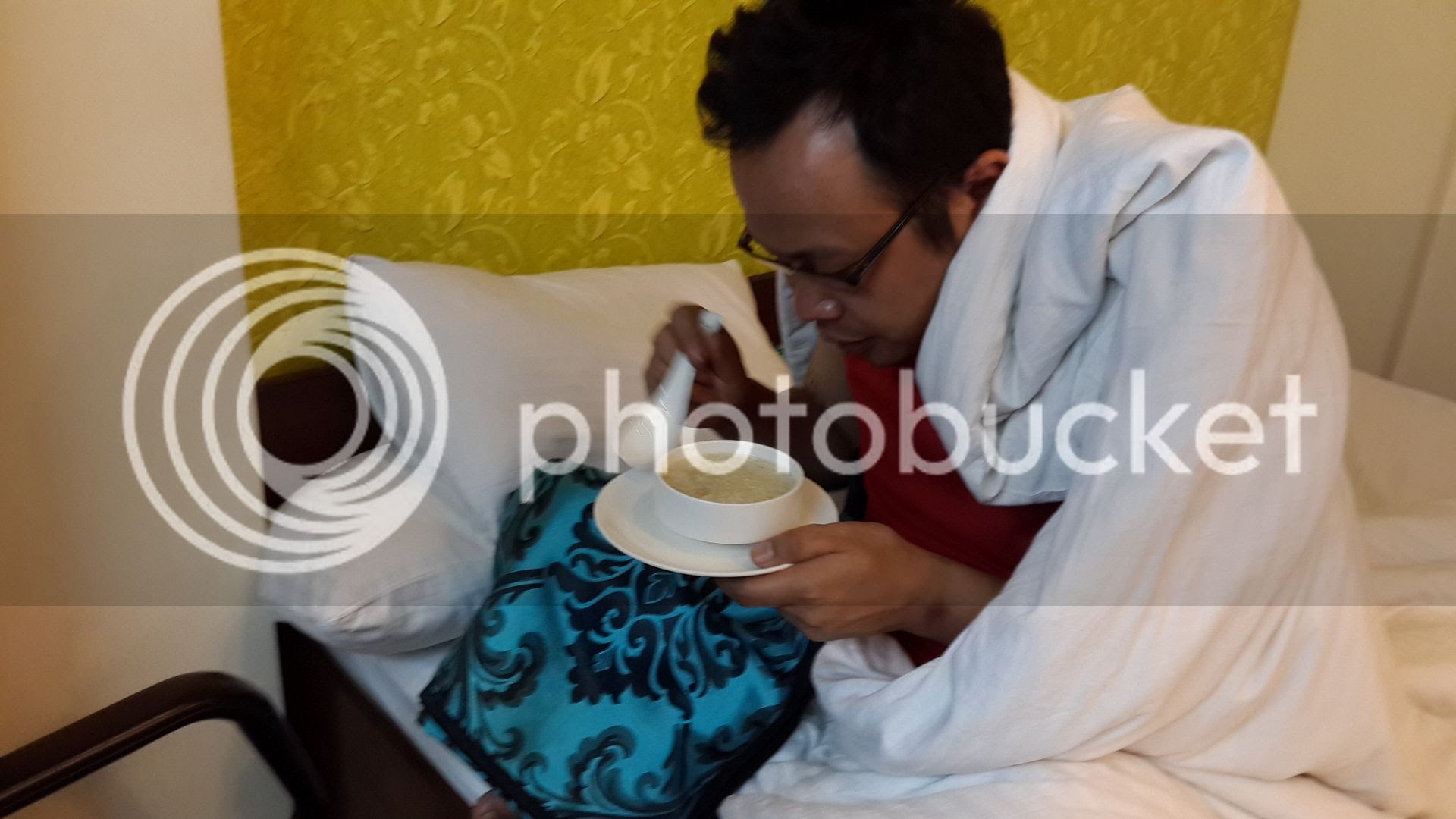 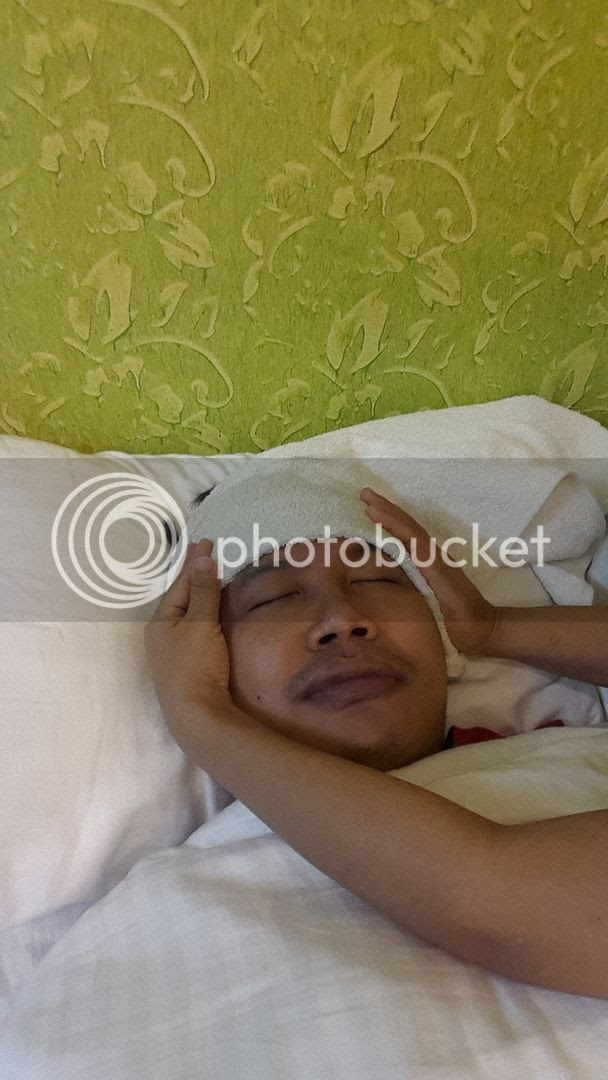 Finally when I was strong enough, I flew back to Mumbai, and the nightmare started. The nightmare of applying for a new passport since I didn’t have one!

Oh Goddddd is all I can say. Again, I don’t wanna bore you with the nonsense I was doing for one month in Mumbai, that too amidst the seasonal monsoon, running from pillar to post to get this affidavit and that verification certificate, completely drenched. Finally, when I was rejected for the sixth time at the PSK (Passport Seva Kendra) in Mumbai due to incomplete documents, we said enough was enough and I booked my tickets for home to apply for a fresh passport using my permanent address in Mizoram.

Trust me, getting a passport from a temporary (rental) address is next to impossible especially when you’re in a unique situation like me – I haven’t completed the mandatory one year residence in my new rental apartment so even though I have all the rental agreements, I had to submit both my current and previous rental agreements, along with electricity bills of both places. And then I needed an NOC from my landlords (current and previous, again because I didn’t complete a year in my new apartment) and both landlords weren’t in India, one was in London and the other in Kuwait. And so we had to draft power of attorney letters for the affidavit (annexure i) and so on.

Then came the mandatory verification certificates, which was a completely different set of issues – my friend who’s an IRS officer in Mumbai wrote a VC for me but it wasn’t accepted because the letterhead wasn’t official enough! So he approached his boss, the Commissioner of Income Tax himself but again, his VC was rejected because the letterhead (which they use every day for official correspondence) wasn’t official enough according to the TCS staff at the passport office. And so I approached another friend who’s the Chief General Manager of EXIM Bank, a PSU, but again his VC wasn’t accepted because it didn’t have a reference number among other things.

Apart from all that, my electricity bills weren’t in my landlords’ names and so I had to get more affidavits for that… aarrgh… after spending more than 20K, it was still not going anywhere and so the TCS staff in Mumbai told me to apply the normal way from Mumbai (which would take 2-3 months) or apply through Tatkaal (fast-track) from Guwahati using my permanent address in Mizoram for all references.

And so I took a very expensive last minute flight home to start from scratch.

The moment I landed in Mizoram, I again ran from one Government office to the other because:

a) I didn’t have an EPIC (voter’s ID) card
b) I lost my driving license years ago
c) My Birth Certificate stated my name as V.L.Ruatkima and not Vanlal Ruatkima
d) Both my ST and Residential certificates were outdated
e) I didn’t have a freaking bank & telephone account in Mizoram, all my documents were Mumbai-based. Hence the only solution was to get a joint account with either my mom or dad’s accounts.
f) I needed fresh Verification Certificates
g) …and many other small small things.

In two weeks, I was able to get everything, thanks to favors. Yes, that’s how the system works. Favors. I hate pulling that string, but I really had no other option. It was a matter of do or die. Name dropping here and there to speed up the process. And yes, I didn’t feel guilty because of the frustration I faced back in Mumbai.

Funniest thing was, on my way home I was relieved because my parents knew so many IAS and IPS officers in Mizoram. Family friends. One of the perks of being in an influential family. It was only when I reached home that I realized all those renowned officers in Mizoram whom my folks knew, were all retired! And so I was on my own again.

Fortunately, the new DC of Aizawl, Dr. Franklin, is my senior from school. He wrote me a Verification Certificate, and based from my past experience in Mumbai, I got a SECOND Verification Certificate from the Superintendent of Police, Aizawl district. Dr. Franklin also wrote an introductory letter to the head of the Regional Passport Office in Guwahati who was his former batch mate at the Academy. Again, to be doubly sure, I got another introductory letter from my friend Muanpuii Saiawi IFS, who is currently an Indian diplomat at South Korea. Yes, this time I was covering all my bases, taking every back-up possible, leaving no stones unturned.

And so I flew up to Guwahati. Hot and humid, cocktailed with the heavy monsoon rains.

In five days, I was able to sort out everything. My passport submission was finally accepted after spending the whole day at Guwahati PSK and I will be getting my new passport in the next 5-7 days!

But of course, the nightmare hasn’t ended yet. Once the cops in Aizawl have done my Police Verification and I (hopefully) receive my new passport, I have to submit the details to StartUp Chile and then fly back to Mumbai immediately, do all the Visa requirements like Hepatitis shots, HIV tests etc and then fly to Delhi for an appointment at the Chilean Embassy, apply for a Visa, interviews and that, fly back to Mumbai, and if I do get my Visa, fly back to Delhi again to collect it, and then arrange my accommodation in Chile, sort out my insurance and book my flight tickets, for I have to be in Santiago, Chile, by July 31.

Who said life was easy?

I would personally like to thank Bego and the people of StartUp Chile for understanding my unique situation and extending my deadline due to my passport complications.

Hope you get your passport soon u Kima..
Rock them StartUp Chile like they have never before.. God Bless you.. Safe Journey

some things are worth all the trouble....godspeed....:)