And so last week, Sumeet and I, the two Co-Founders of FITH Media, took a last minute cab ride to Pune to attend the NASSCOM Game Developer Conference held in Pune.

We actually didn’t plan on attending this year due to our hectic job schedule, and also for the fact that we didn’t submit any of our new games for the “Game of the Year” award ceremony, unlike last year when not one, but TWO of our games were shortlisted for the final round of this prestigious award (though we eventually didn’t win, it was an impressive achievement for a new gaming studio to have two of its game nominated on its very first year of existence). [NGDC 2013]

This year had been different, with a lot of ups and downs here and there, not just regarding game development. And then in the last minute, a few discussions took place and Sumeet and I were off to Pune. The cab ride was 1900 bucks, and since we left Mumbai during evening rush hour, it took us almost 2 hours just to leave Mumbai! Once we were out of the city, we took around that same amount of time to reach Pune. :)

The next day, we made our way to the venue. Last year, NGDC was held at JW Marriott’s. This time it was at The Westin. And the best part was, this hotel was just a few meters away from Burger King, but I’ll get to that later.

Since we registered in the last minute, the participation cost was 3500 per head, unlike last year where we not only availed of the early bird registration (2000 per head) but even got an additional 1000 bucks discount because our games were nominated. But overall, the cost was almost the same as this time it was just Sumeet and I whereas last year there were 7 of us attending.

[Click on all photos to enlarge on a new tab] 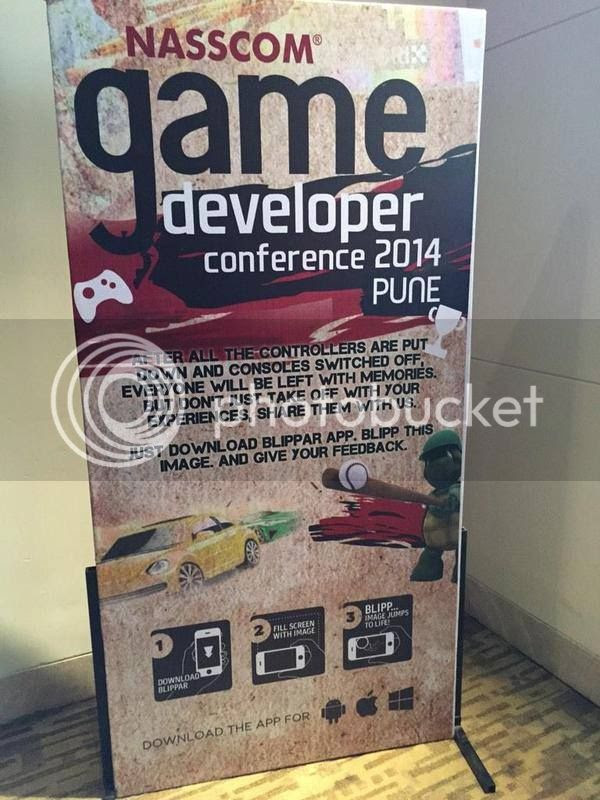 The place was set up just as beautiful as last year, though it is not a hidden fact that the venue was smaller. 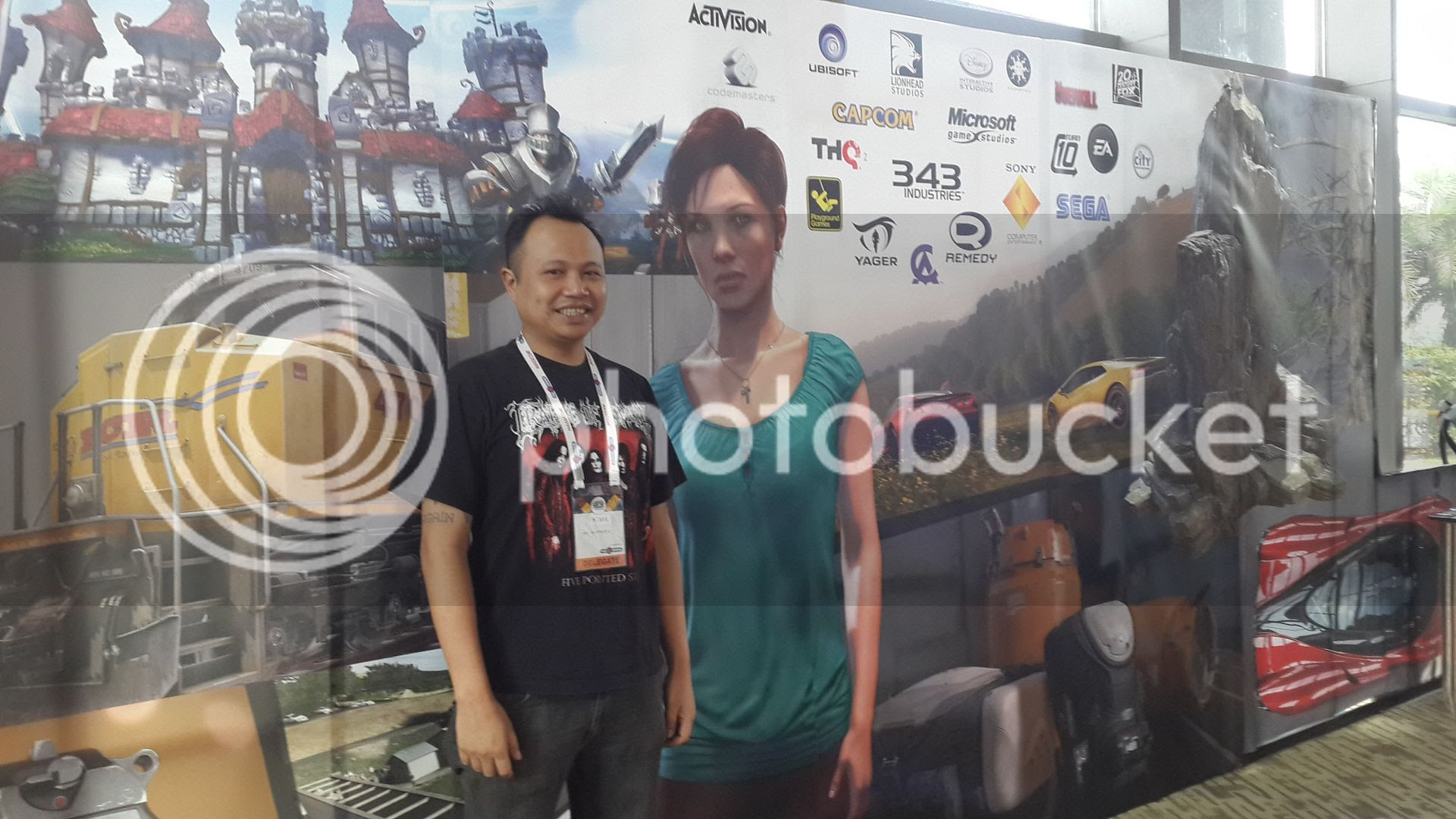 I got to meet Shashank, who was an employee of FITH, until he got an admission at DSK, one of India’s premier International institutes on animation and video game design. His game had been shortlisted for the “Student game of the year” category again, just like last year. 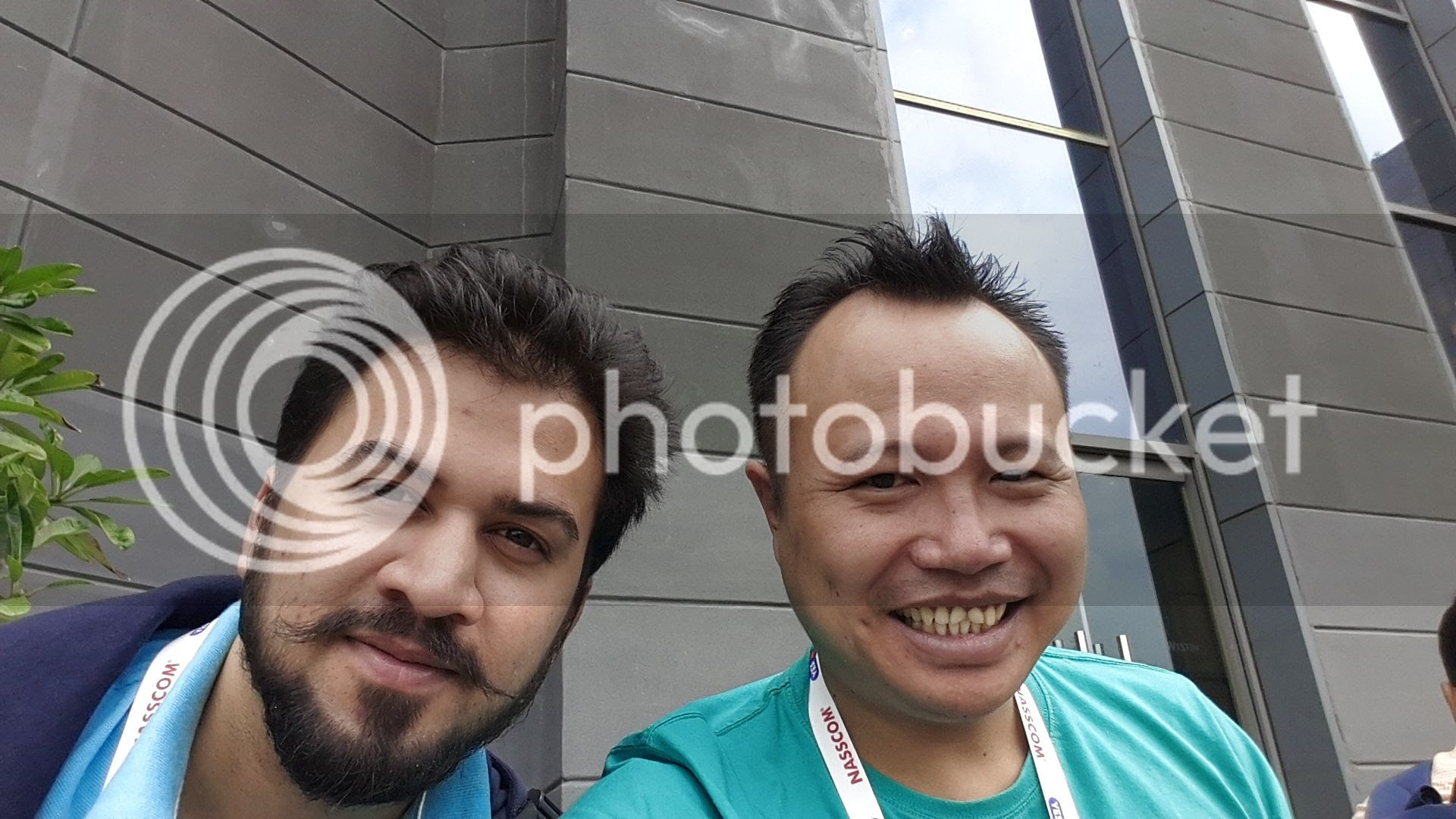 I made him promise that he’ll join us again once he graduates from DSK :)

I had a very fruitful time meeting and catching up with friends and founders of other gaming studios. Since we’ve been pretty much below the radar this year, most of the questions I got immediately was, “Hey how come you’re no longer active at our gaming discussion forums?” :) I had to explain about our upcoming big plan many times.

I also attended a couple of really good seminars. 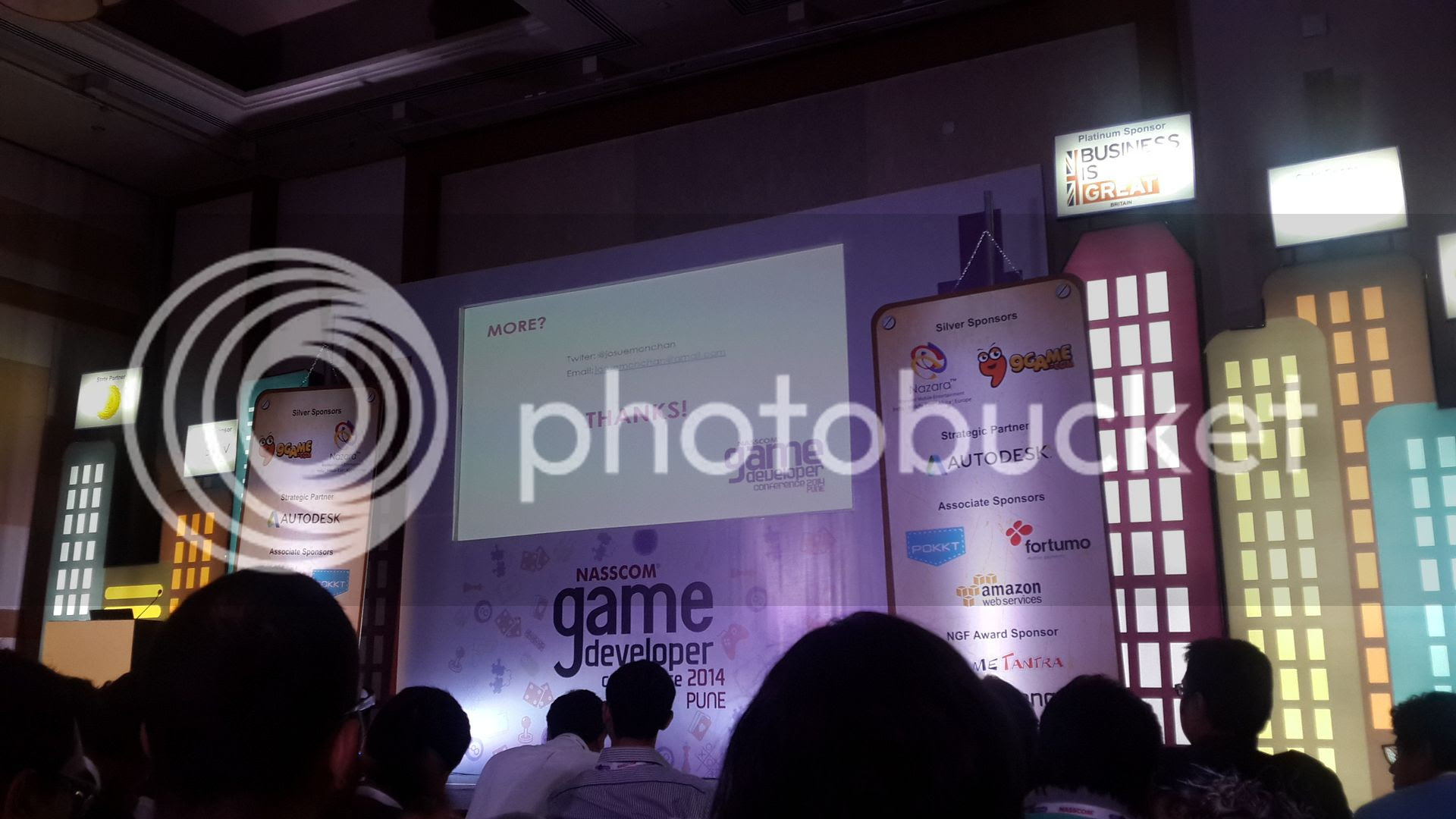 Since most of the sessions were taking place simultaneously, Sumeet and I split up, with Sumeet attending the Technology related ones while I attended the Game Design topics.

The first session I attended was “Dual Game Narrative” by Josué Monchan, and it was definitely my favorite. Don’t get me wrong, the other speakers also spoke really well, but while most of them were promoting their own games or apps (the ones they themselves had developed), Josua gave a universal reference, giving examples such as Tetris. I mean, I never assumed there could be a narration behind such a simple game as Tetris, but his talk was really an eye opener for me. The importance of narrative in gaming. And being a copywriter for 5 years before joining the gaming industry, I could relate to a lot of stuff he talked about.

After a long day of attending more talks and meeting more people, we left the conference. We didn’t stay for the Award presentation or NGDC official party as we had a very important appointment, the content of which will be revealed later once things are made official.

After the meeting, we stopped at a cozy restaurant near our hotel, and I just had to post this here - masala peanuts. My favorite side-serve here in Mumbai, but the way it was presented in Pune was so different :) 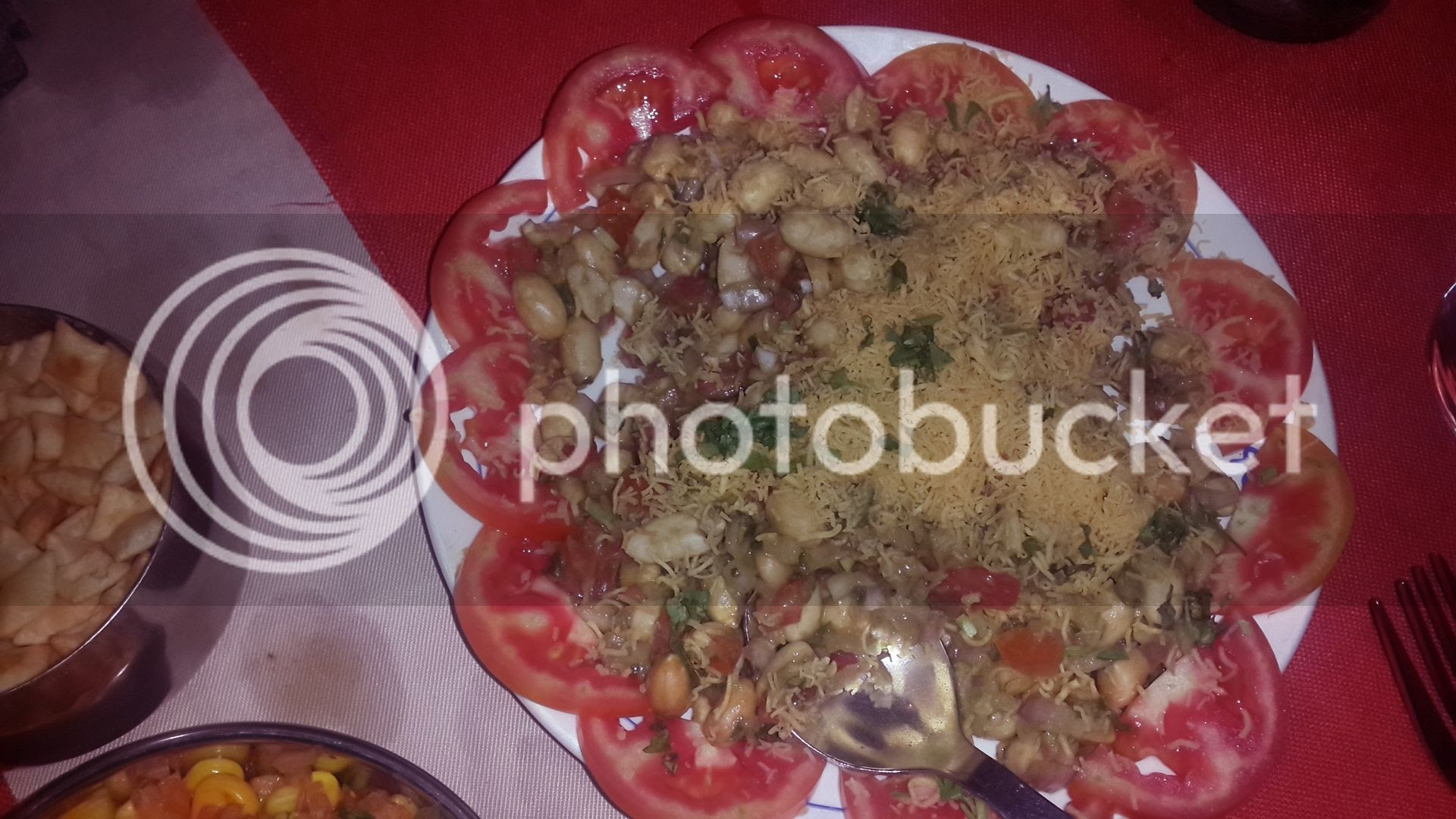 The next day, we visited all the stalls and tried their games. The stalls were regional winners of NGDC’s game dev hackathon competitions and most of them used Unity. 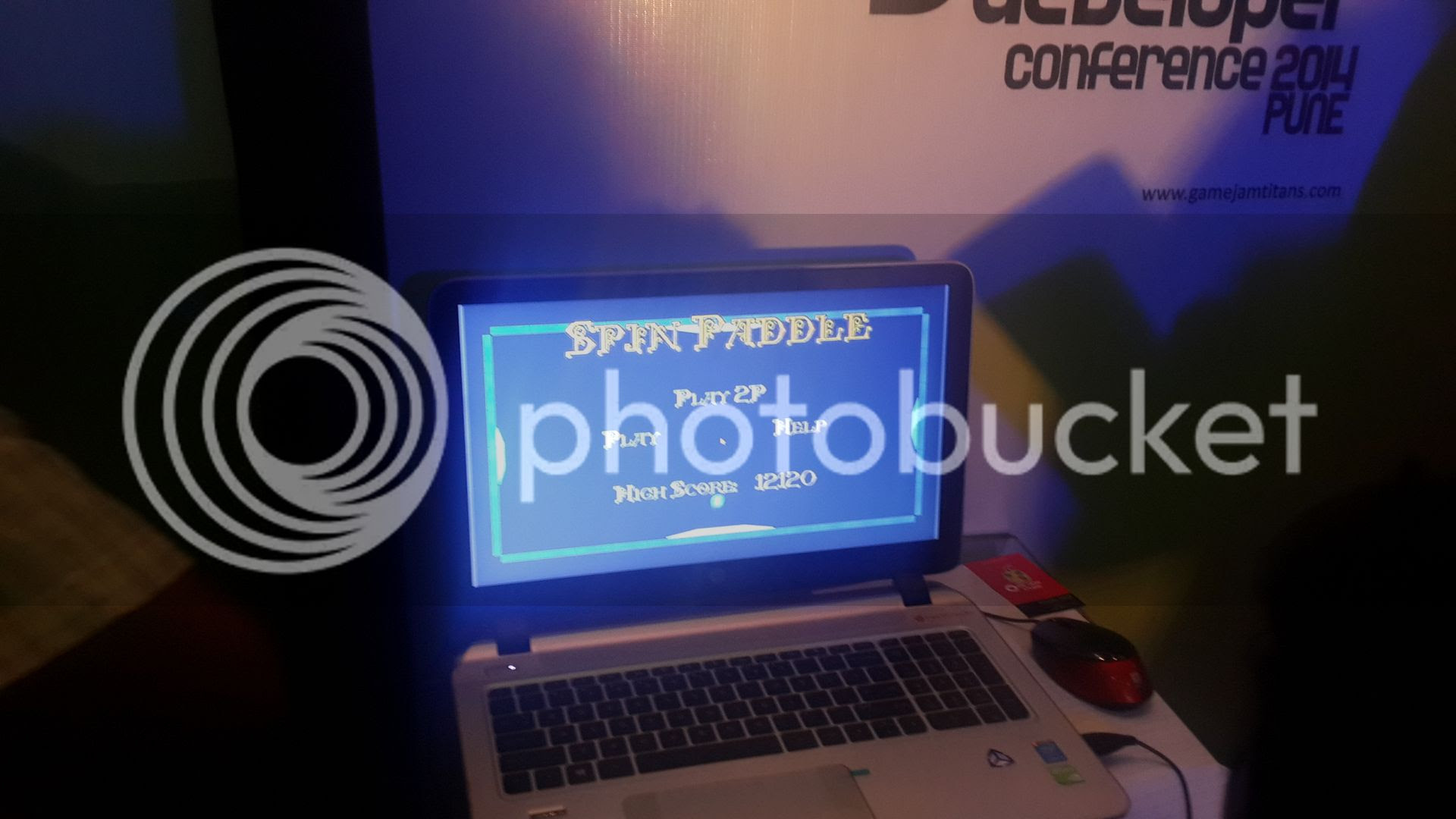 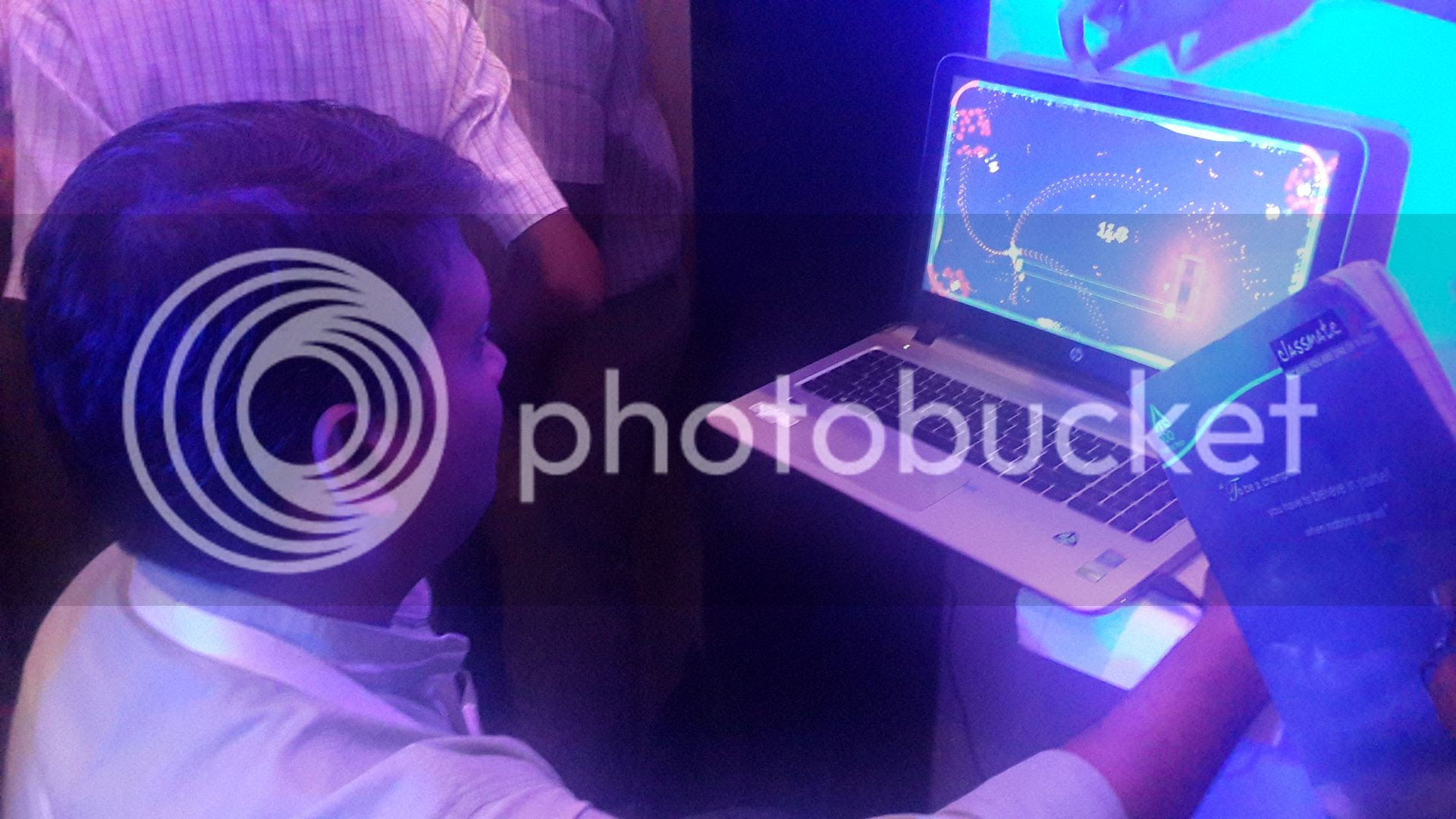 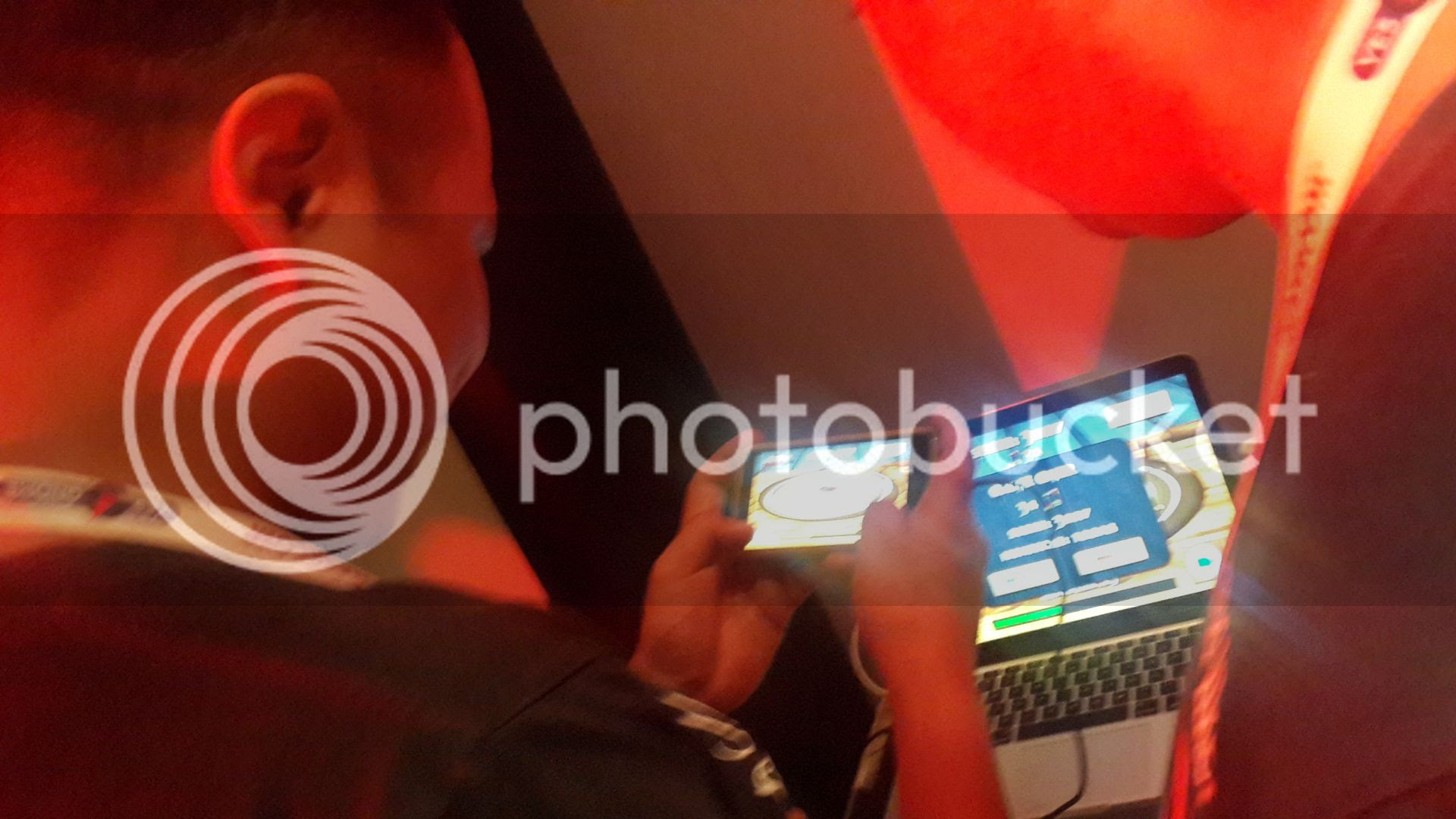 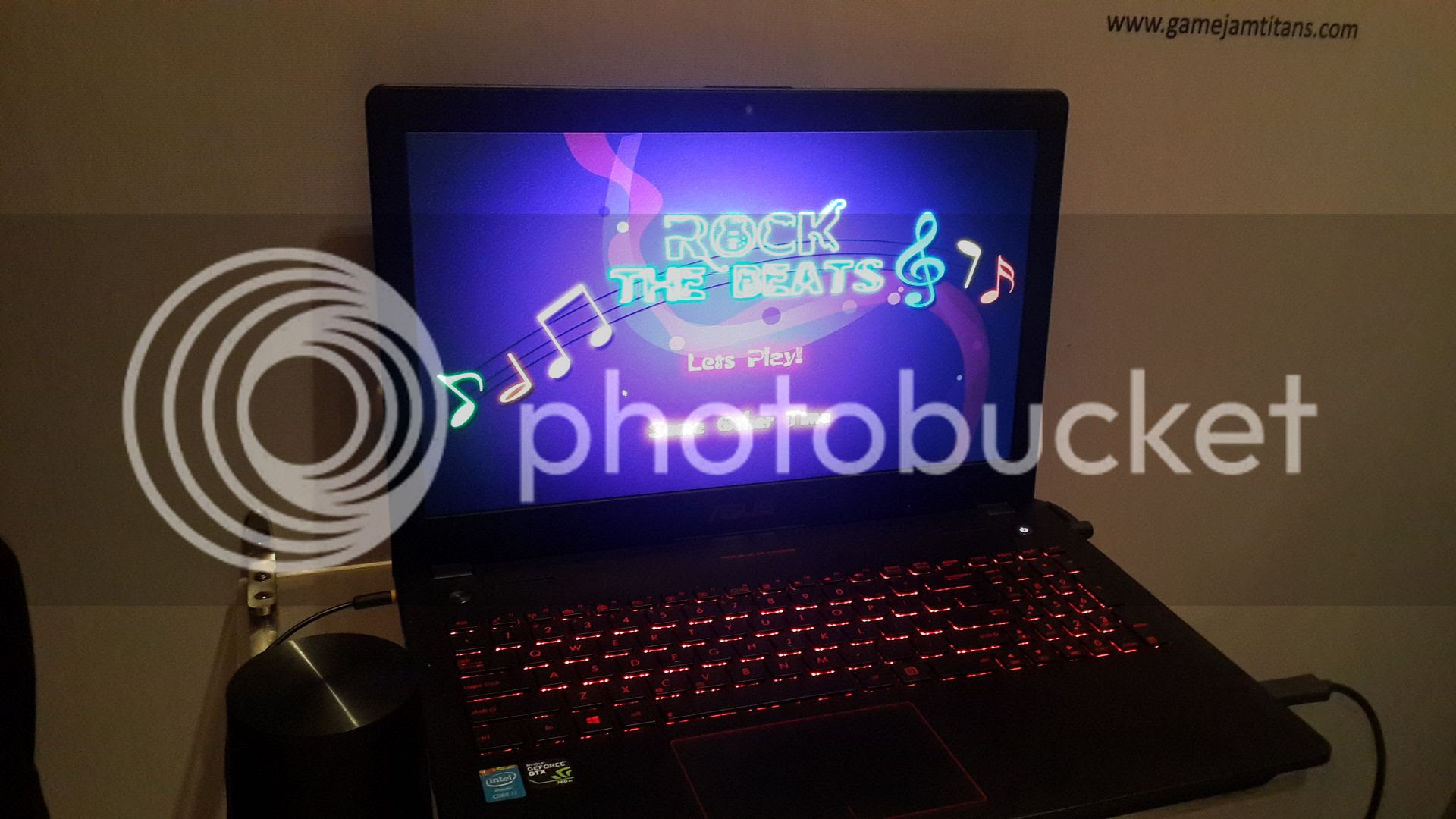 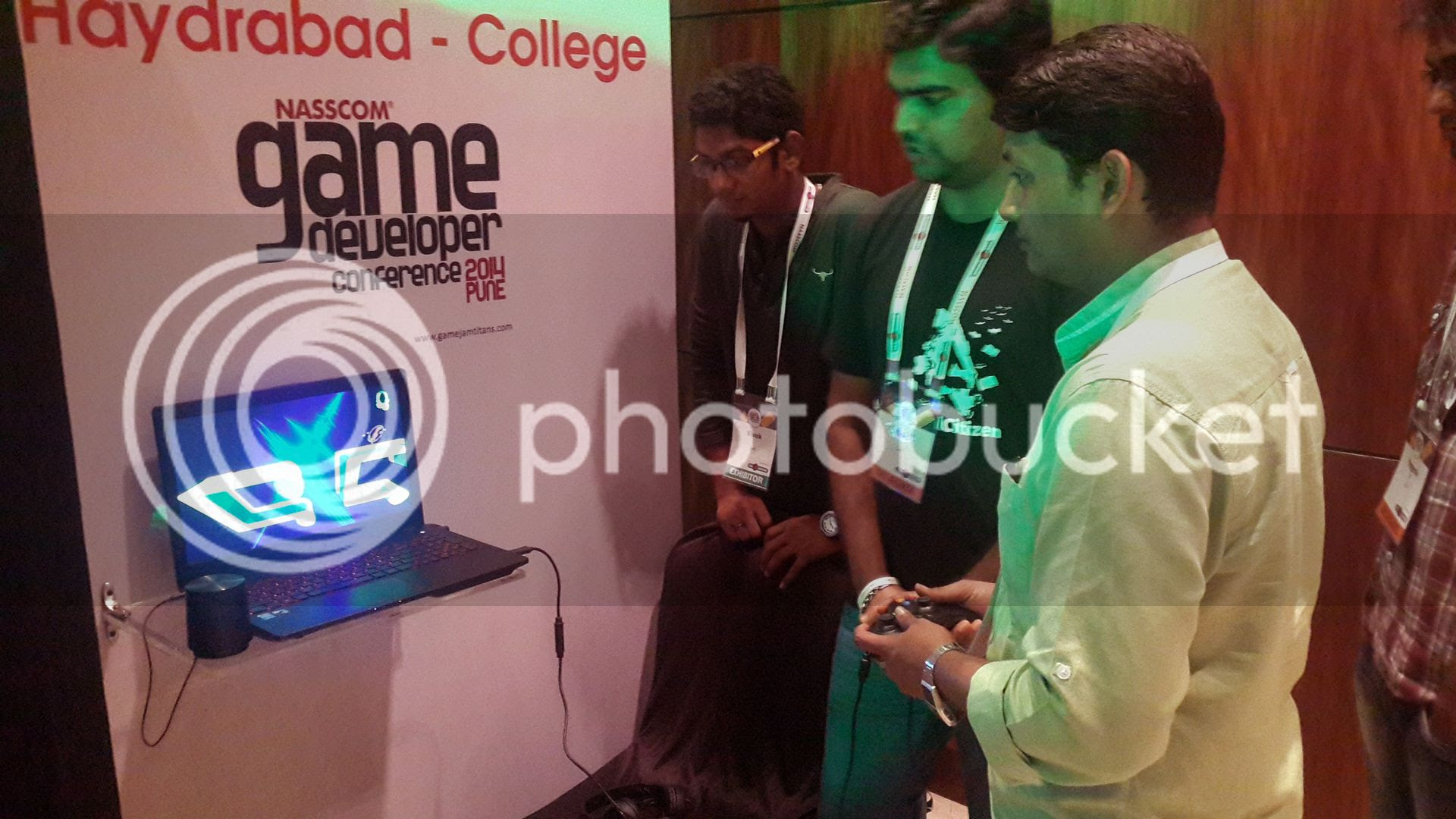 What was truly impressive about some of the winners were that they were just kids, 7th standard students, and you should see how excited and enthusiastic they were while explaining the concept of their games to us. Hope that fire in their eyes never dies out. 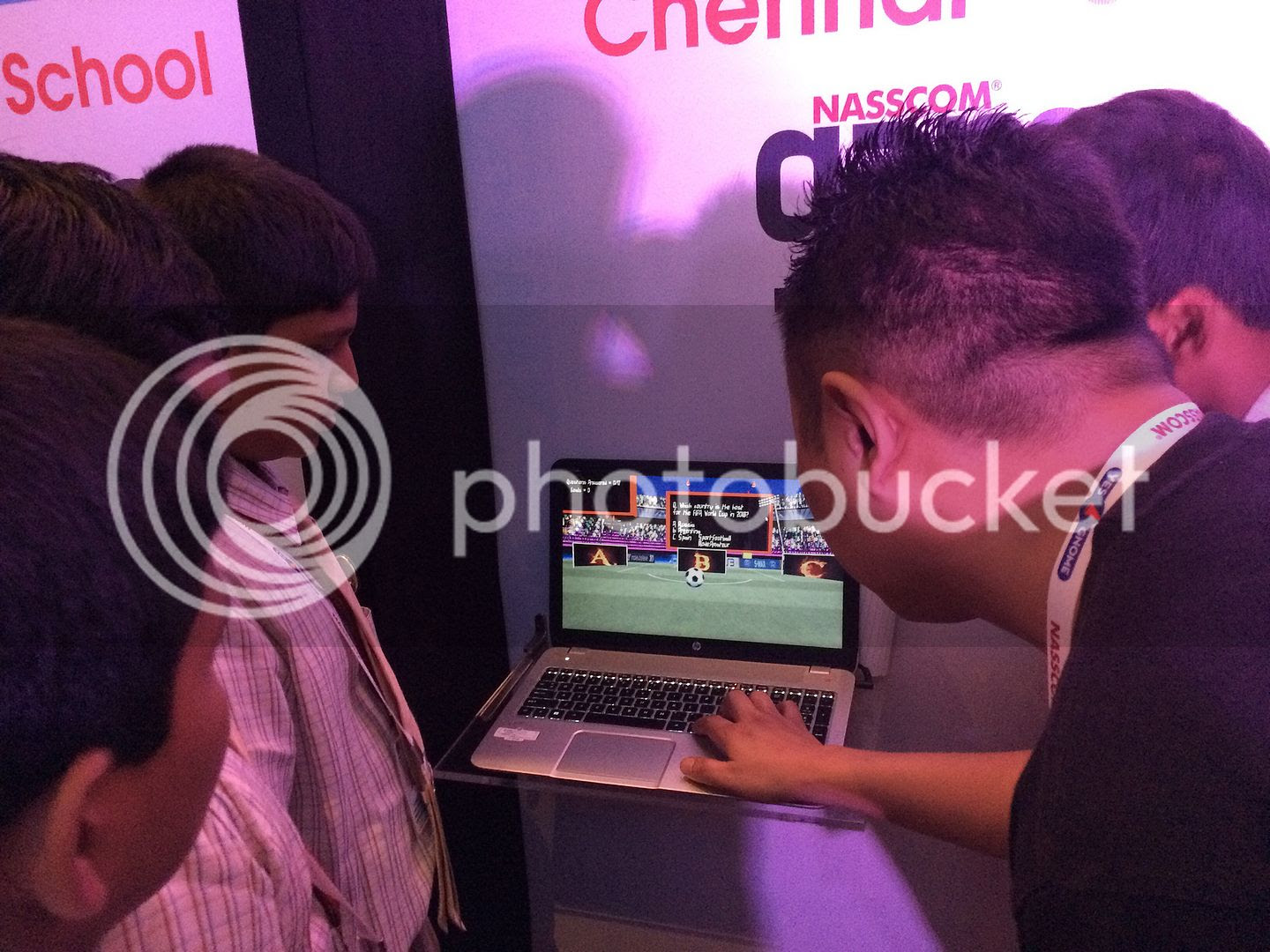 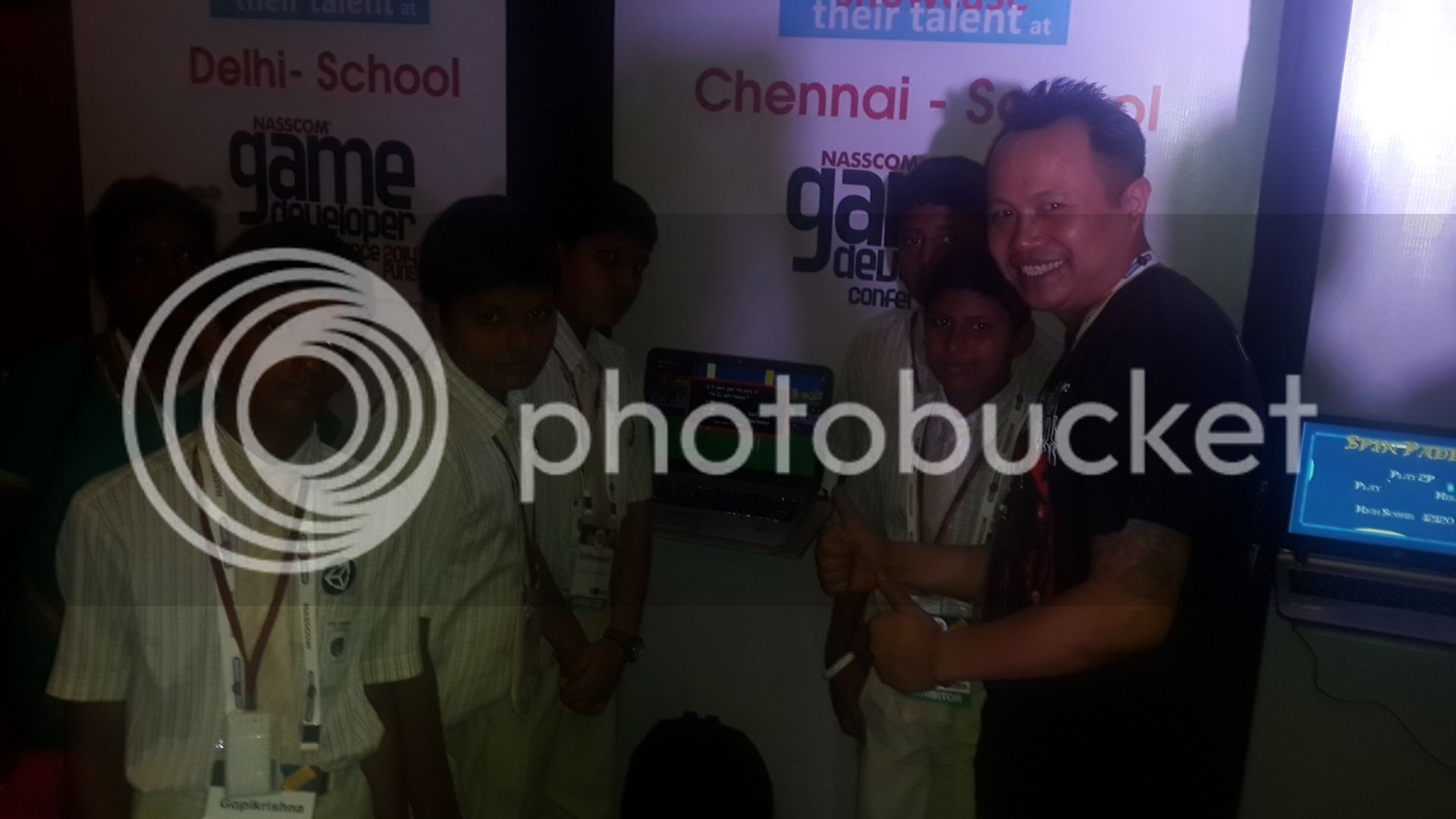 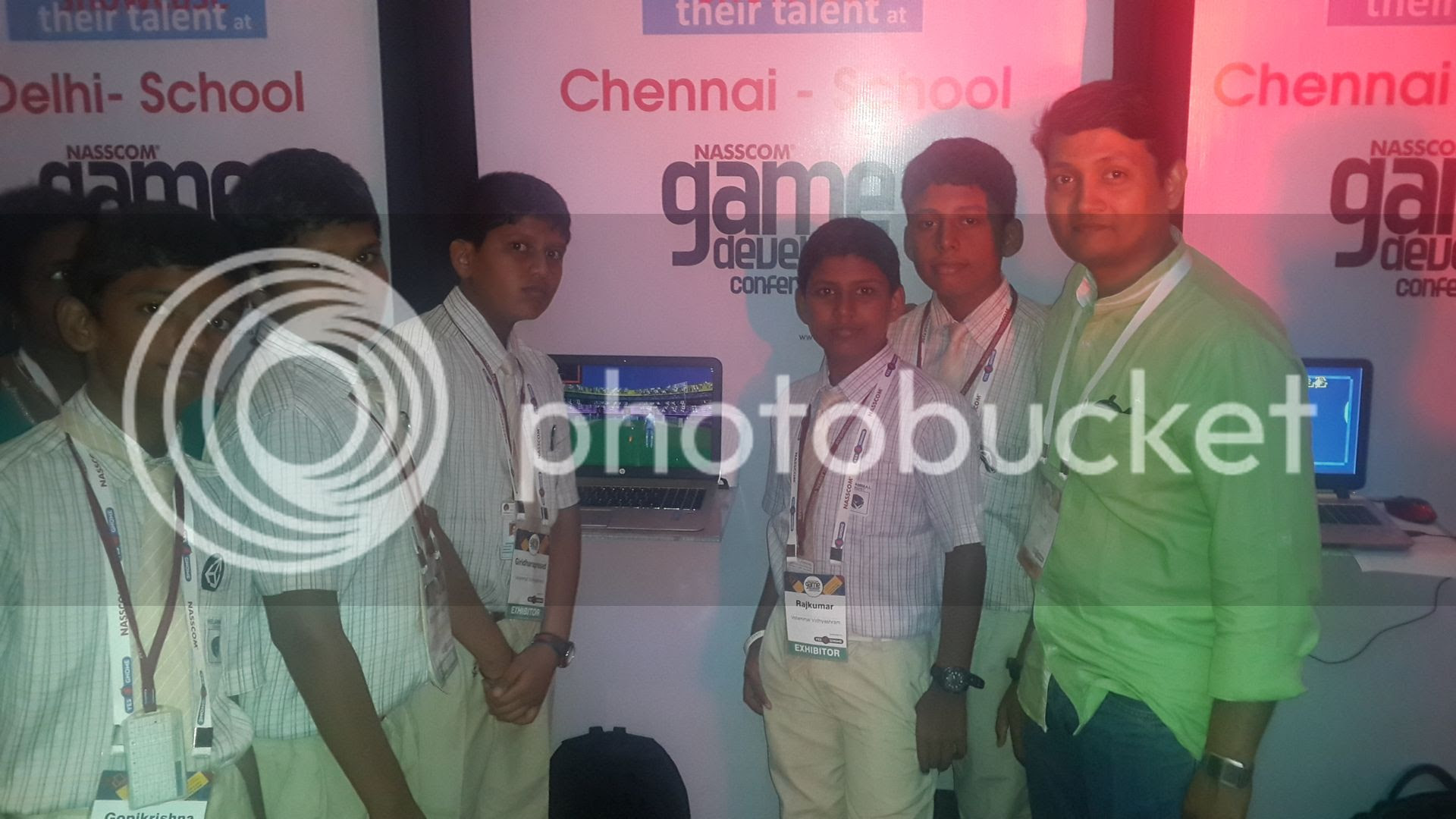 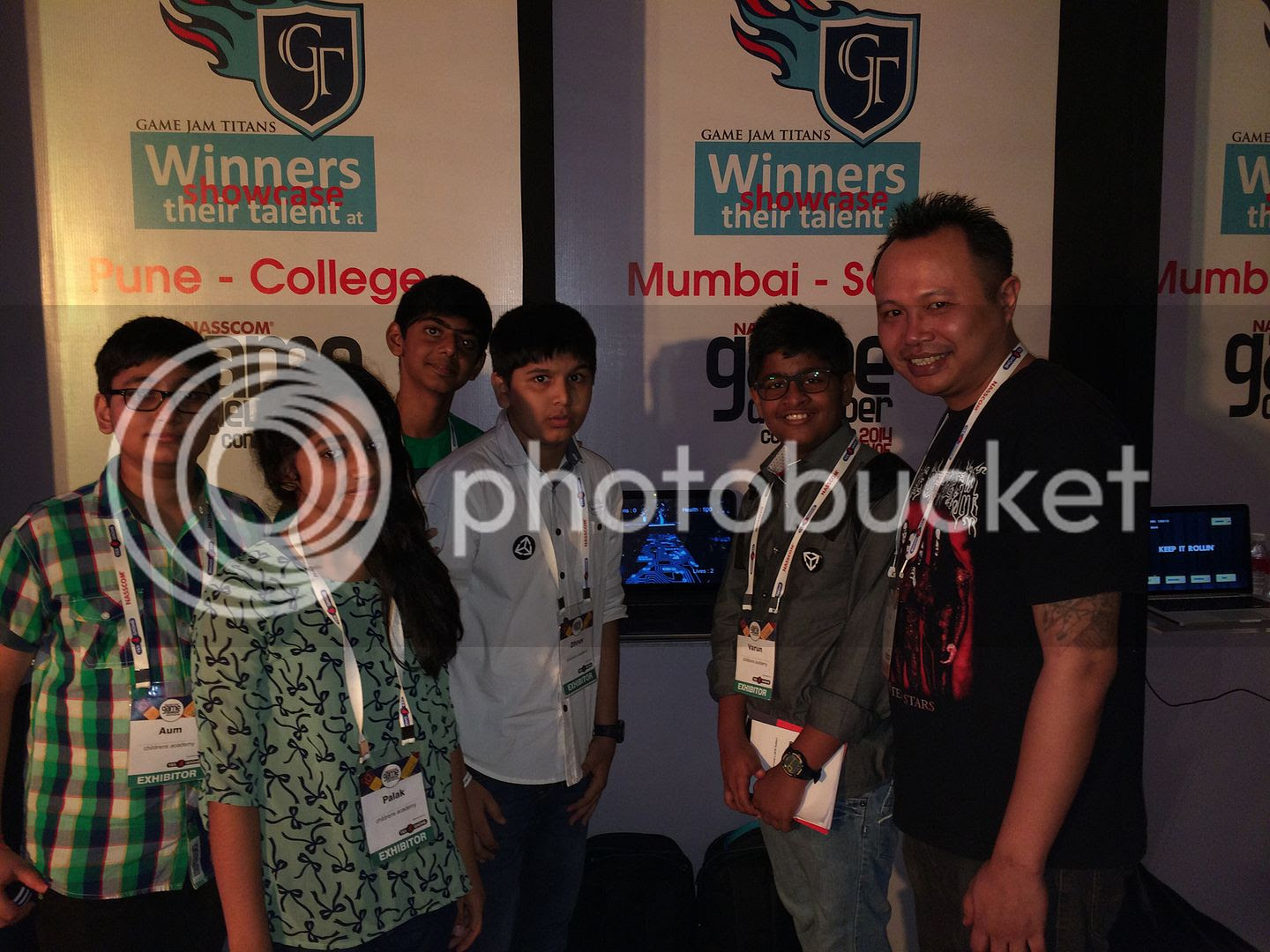 We even gave our contact details to these kids, after all, you gotta catch them young right? :) They were able to answer any query we had and they really knew their stuff well.

There were even a number of international stalls, like the one below presented by students from Taiwan. They showcased a very interesting strategy game based around an office setting. 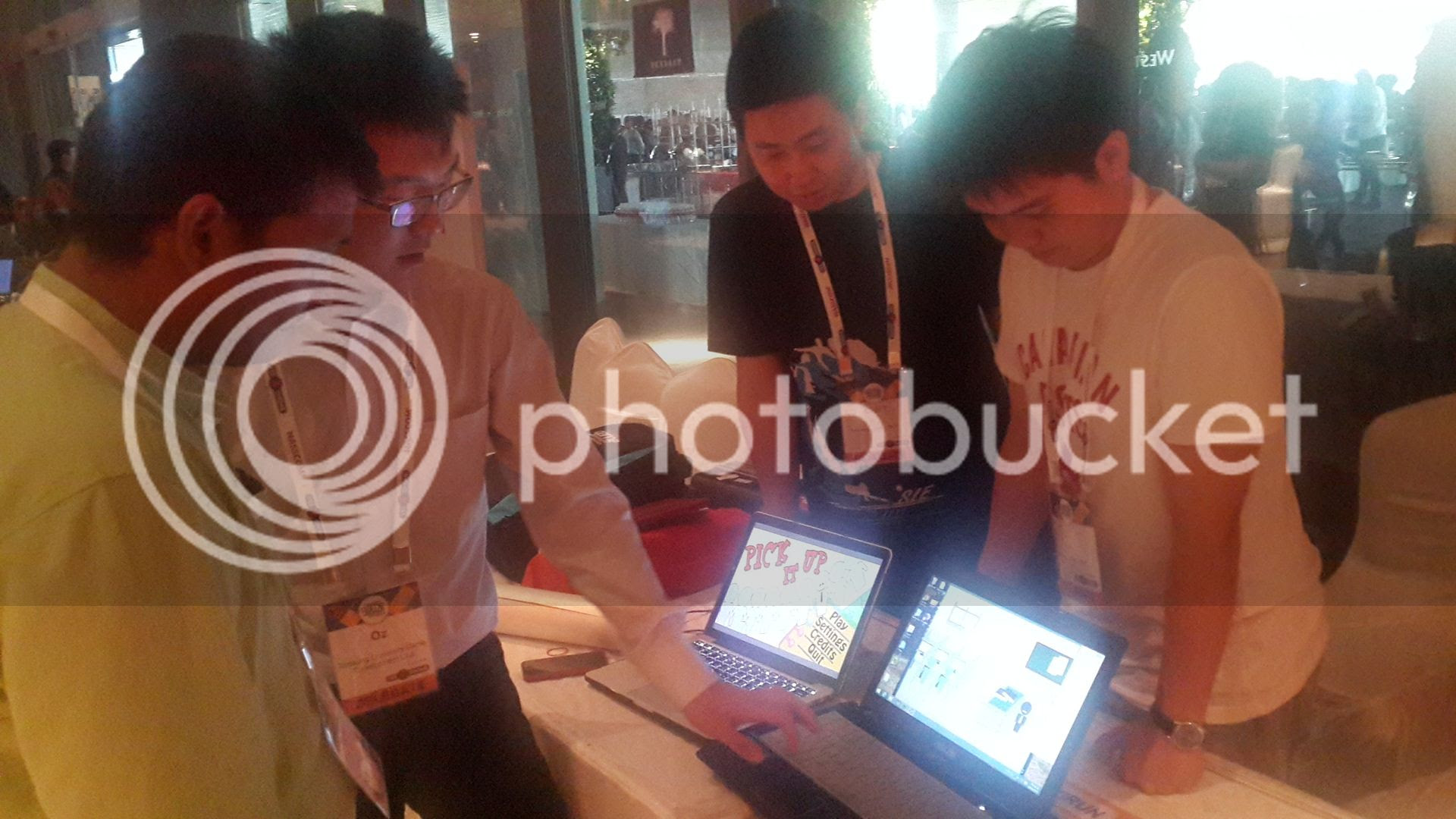 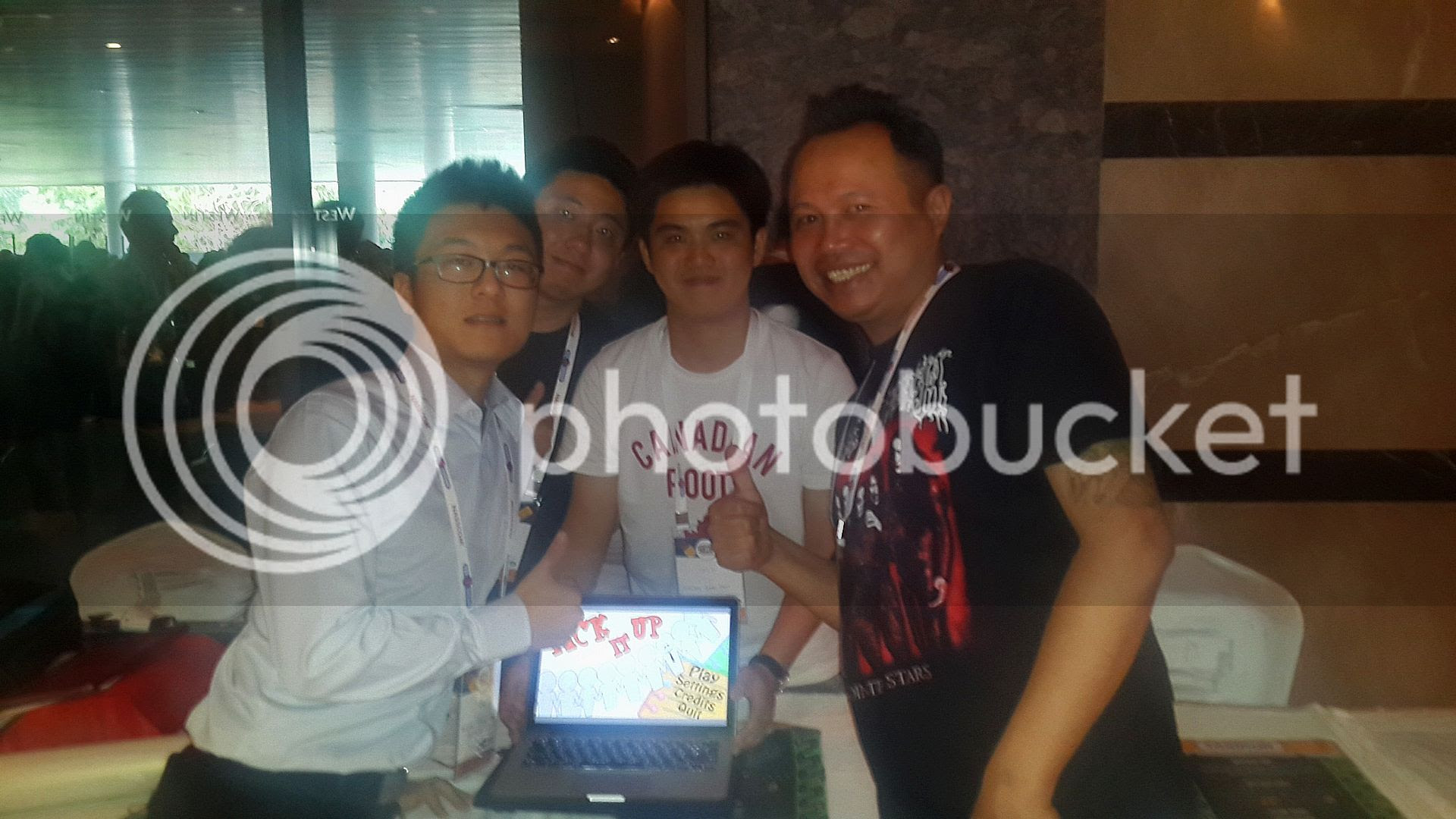 They told us how much they envied us because back in Taiwan, it seems the government does not acknowledge gaming as an industry, and so the people have to set up everything by themselves out of their own pockets.

Perhaps the most popular stall was Shashank’s stall, where his team “Too Mainstream” was showcasing their game called Sagittarius. It is a VR action game which requires an Oculus Rift to play the game. The gaming experience was truly mind-blowing, and we had to stand in a long queue just to try out their game. 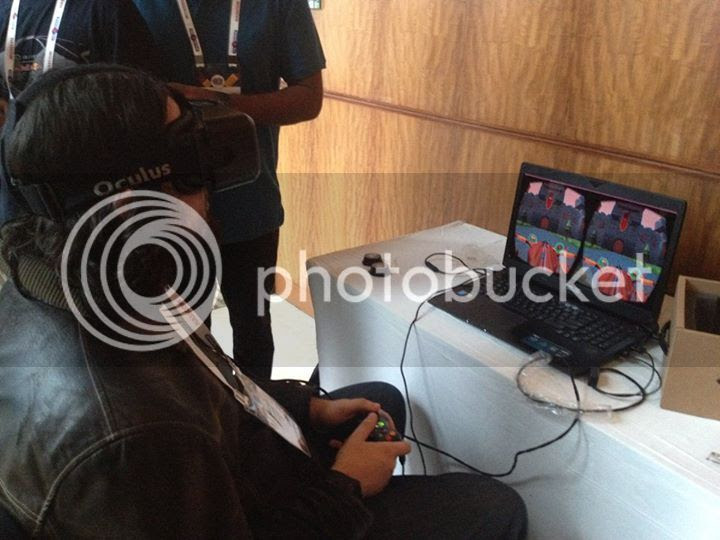 And of course an NGDC is incomplete without the CosPlay. Lo and behold - Heavy Metal meets Half-Life Metal :) 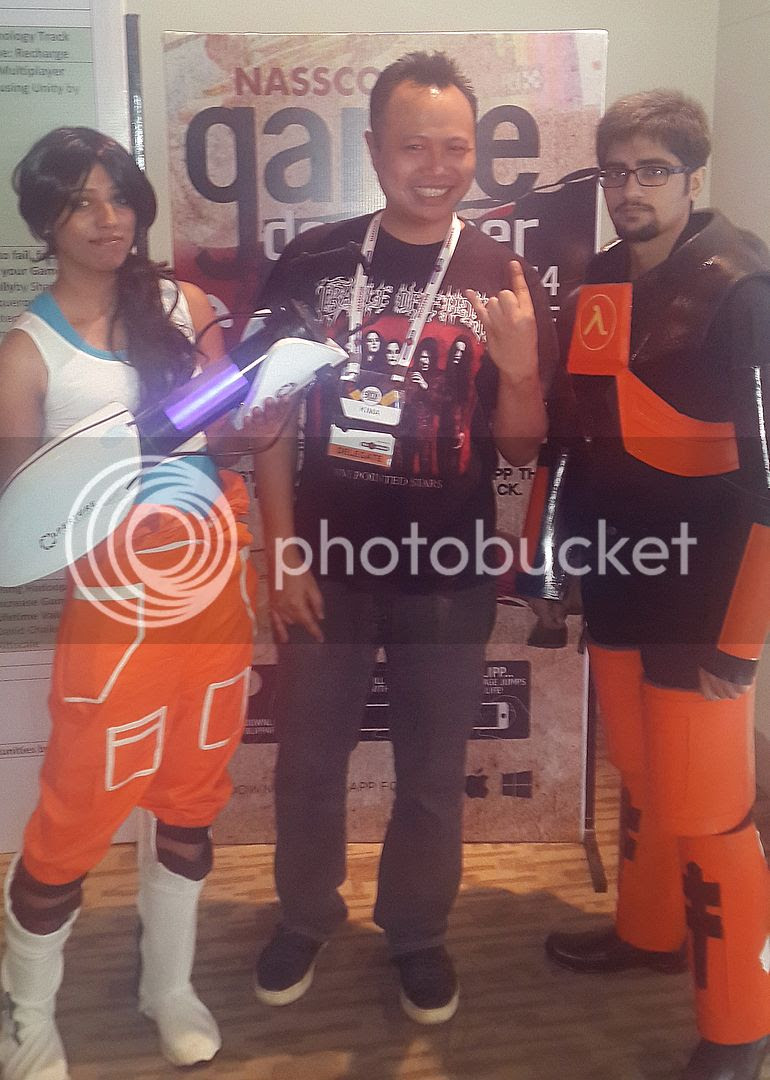 Though these guys were good, I was kinda disappointed Niha Novacaine wasn’t hired again this year like the last time.

But the biggest disappointment came after we left the conference venue. 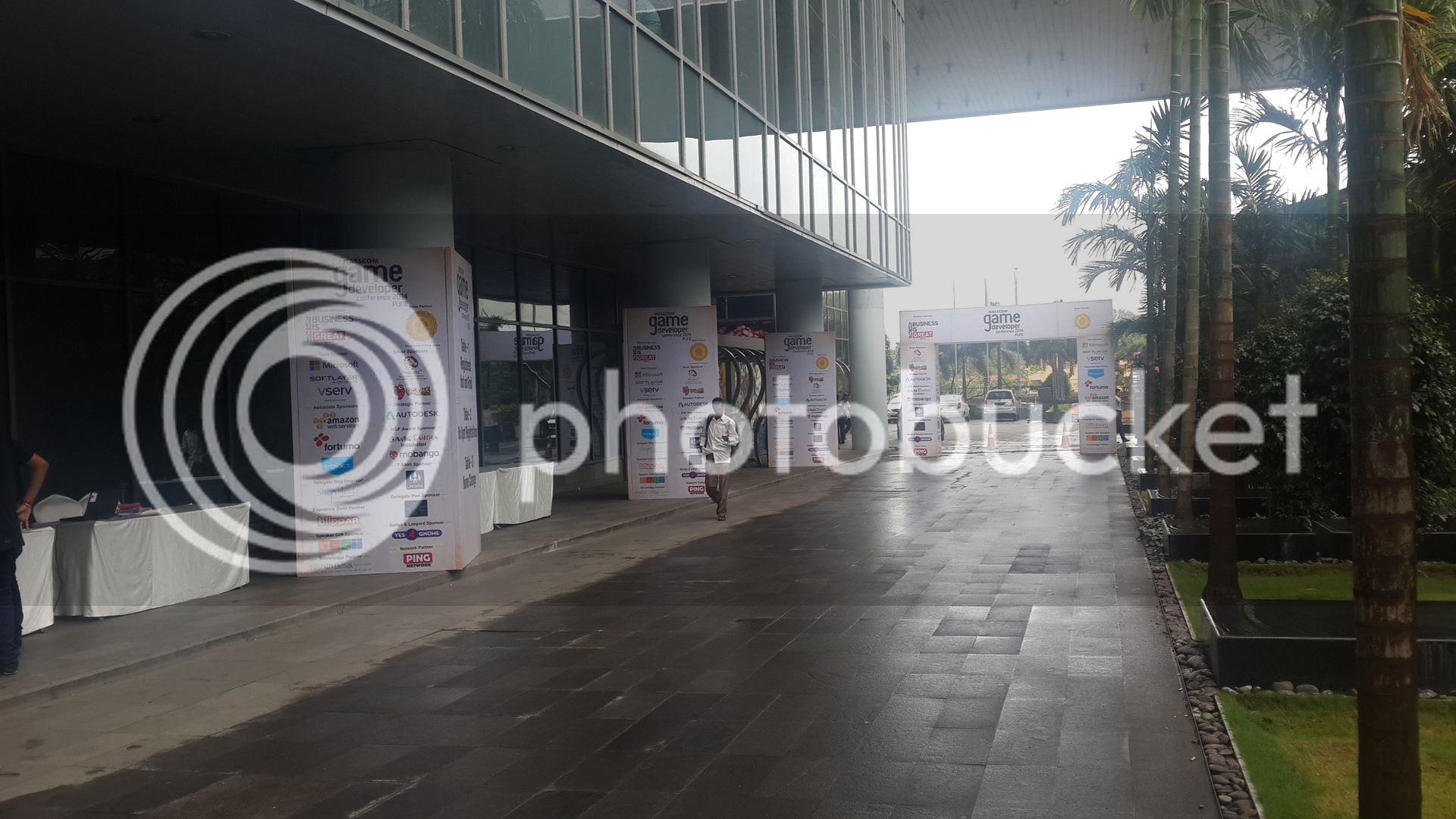 The one thing we really look forward to at an NGDC is visiting Burger King (not the international franchise one) before travelling back to Mumbai. They have one of the best Beef steak burgers I’ve ever tasted, and boy it is huge and scrumptious. Here’s a pic we took last year after attending the very same conference. [NGDC 2013] 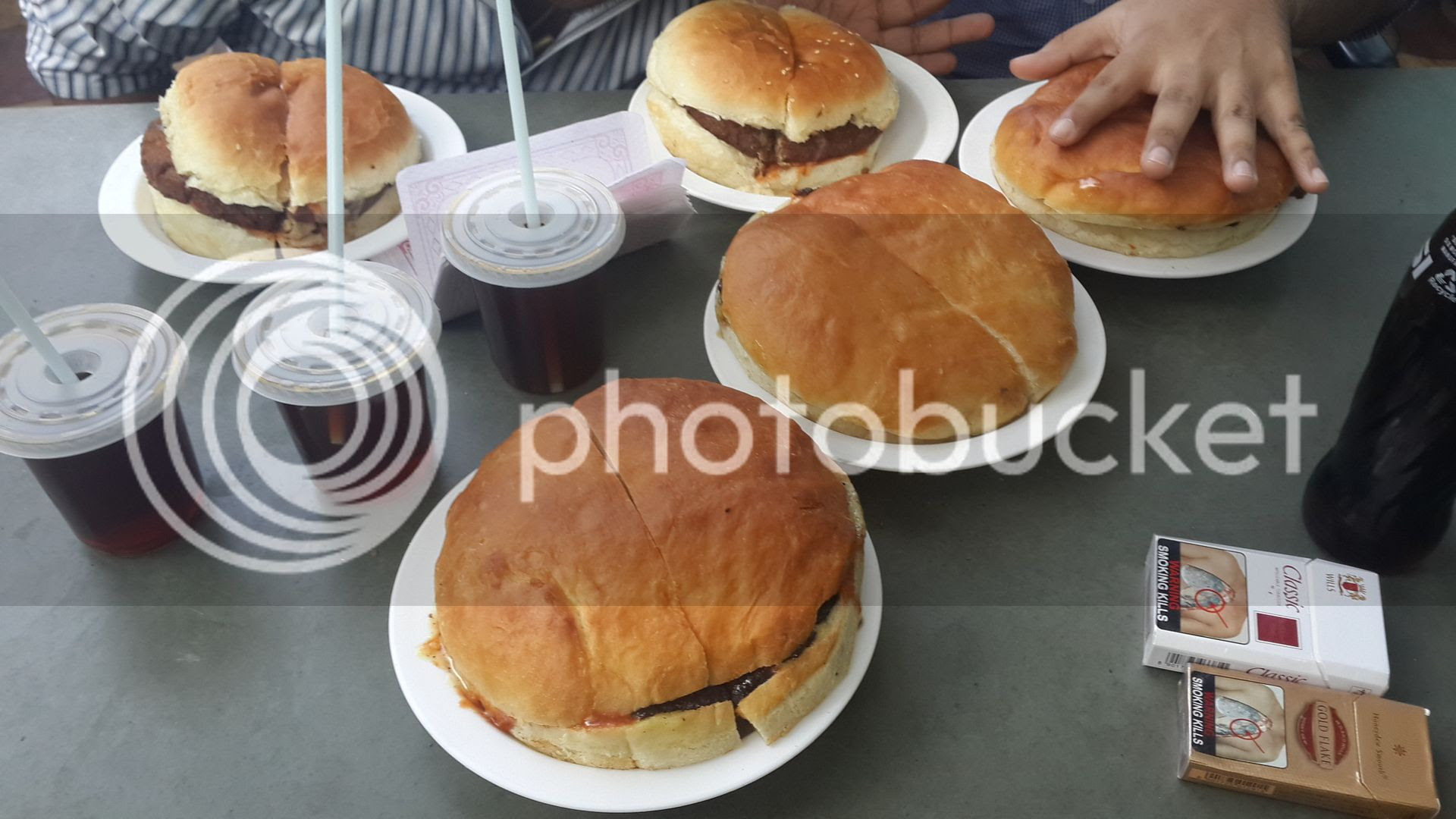 This time, I was even more excited because since NGDC was held at The Westin, Burger Kings was just a 2 minutes’ walk away from the hotel. We both even skipped breakfast earlier that day, and when we left the conference around 2 PM, our stomachs were grumbling with hunger and excitement.

Heaven came crumbling down when we reached the place and they informed us that they were out of beef! Aaaaaaaarrrgghhhhhh! Out of freaking beef!!!

“Chicken burger instead?” the man asked us. We laughed at his suggestion, painfully, with tears rolling down our cheeks, and slowly walked out of Burger King dejectedly.

We found a nice restobar nearby playing 80’s euro-dance music, where we finally decided to have lunch. We were both so disappointed with Burger King that we quickly downed a pitcher of chilled draught beer to drown our sorrows in. This was accompanied by momos. 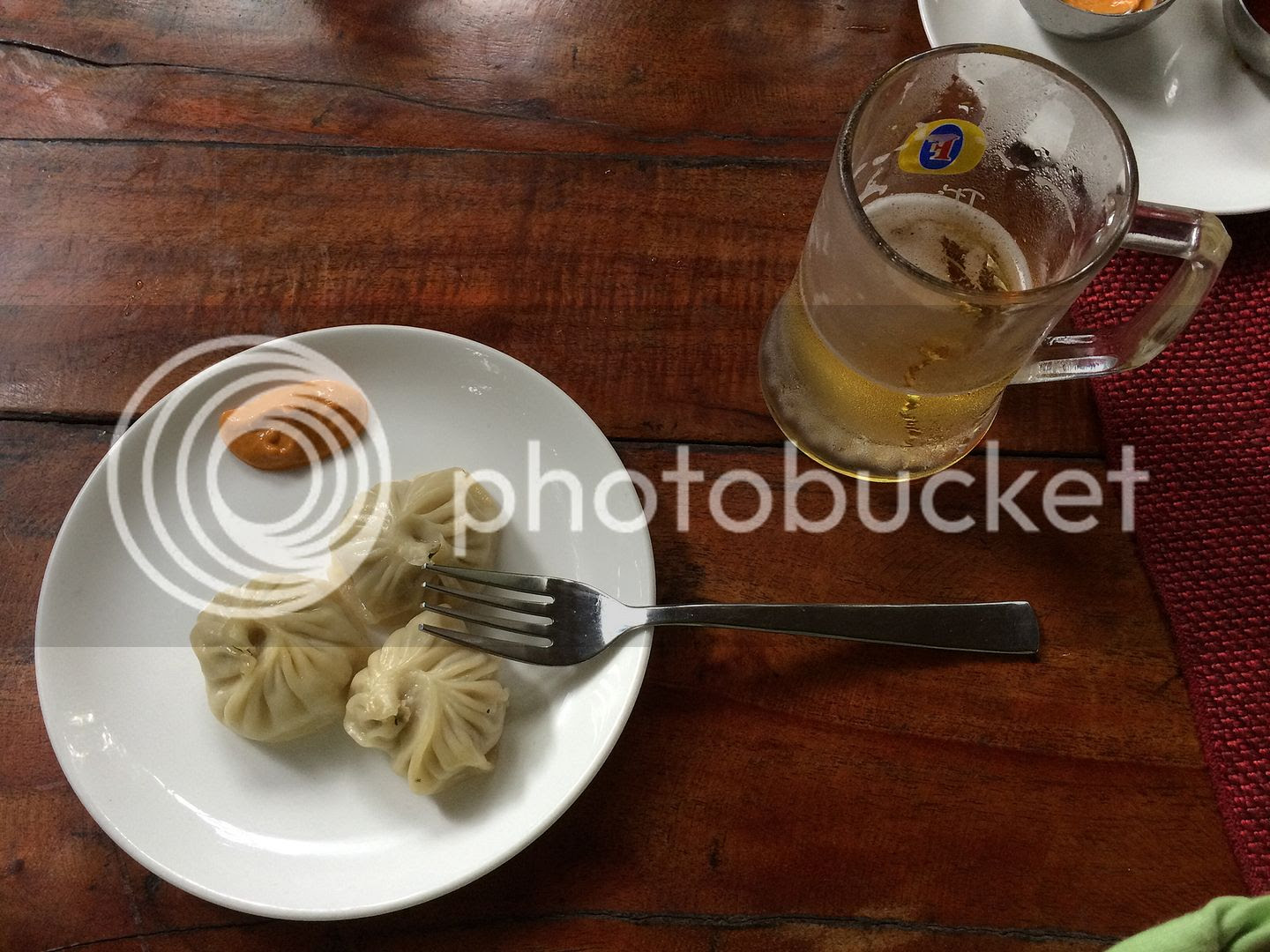 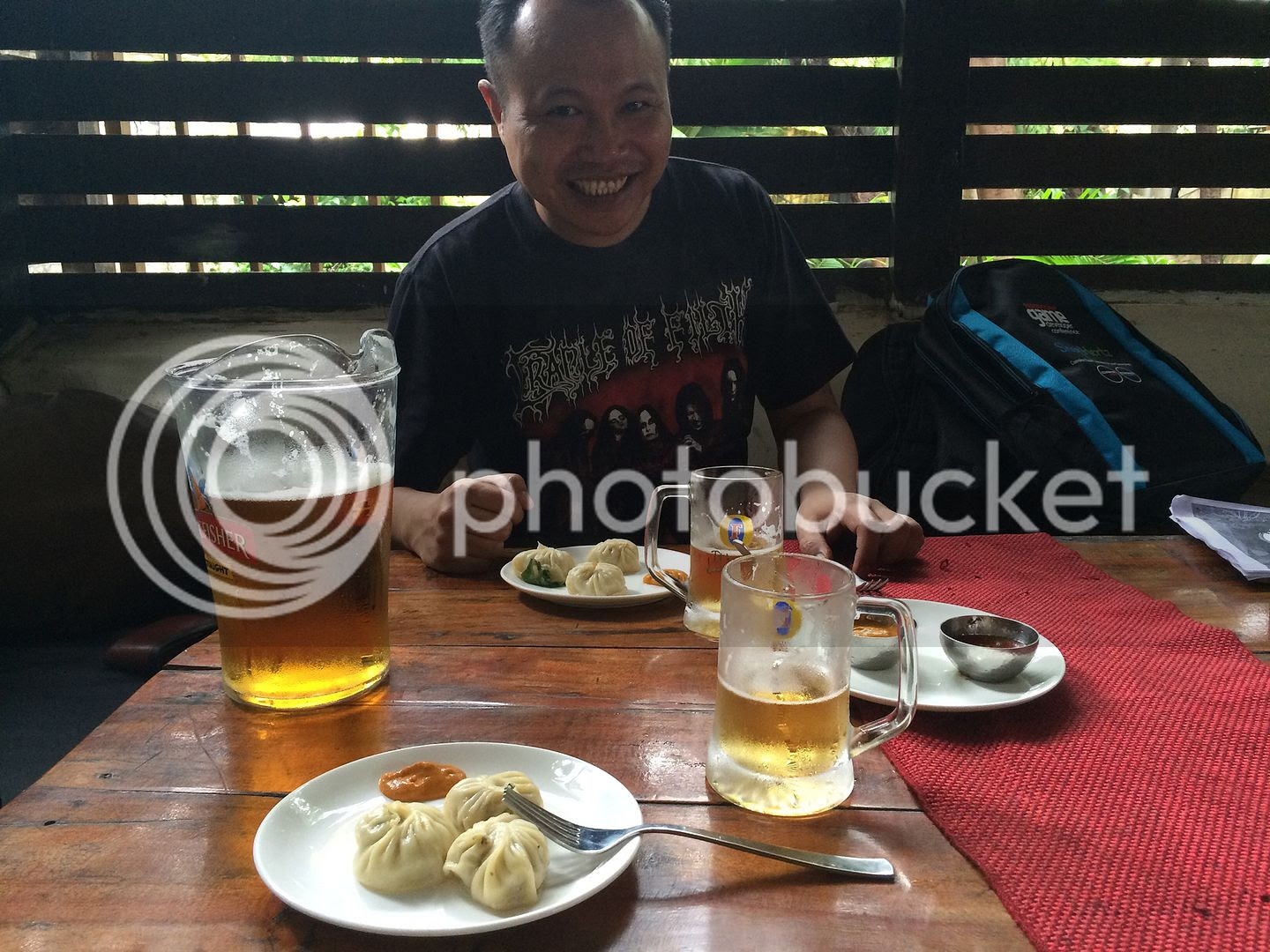 We also ordered Mongolian lamb for starters, which was pretty delicious. 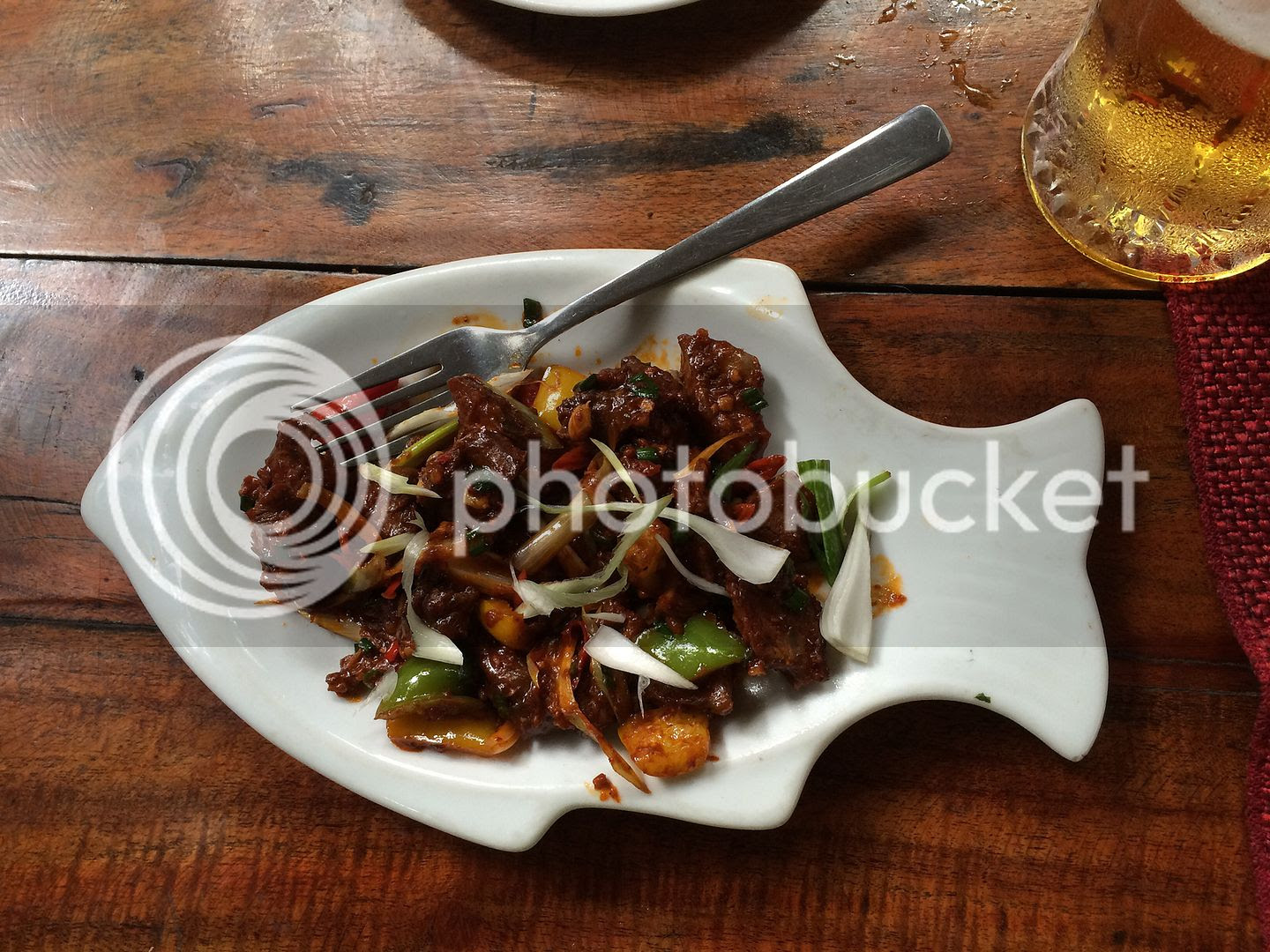 For our main course, I had the “Panthe Khause”, a Burmese style chicken curry served with steamed rice and garnishes, while Sumeet ordered the “Bulgogi”, chicken strips marinated and wok with vegetables served on a bed of sizzling noodles. 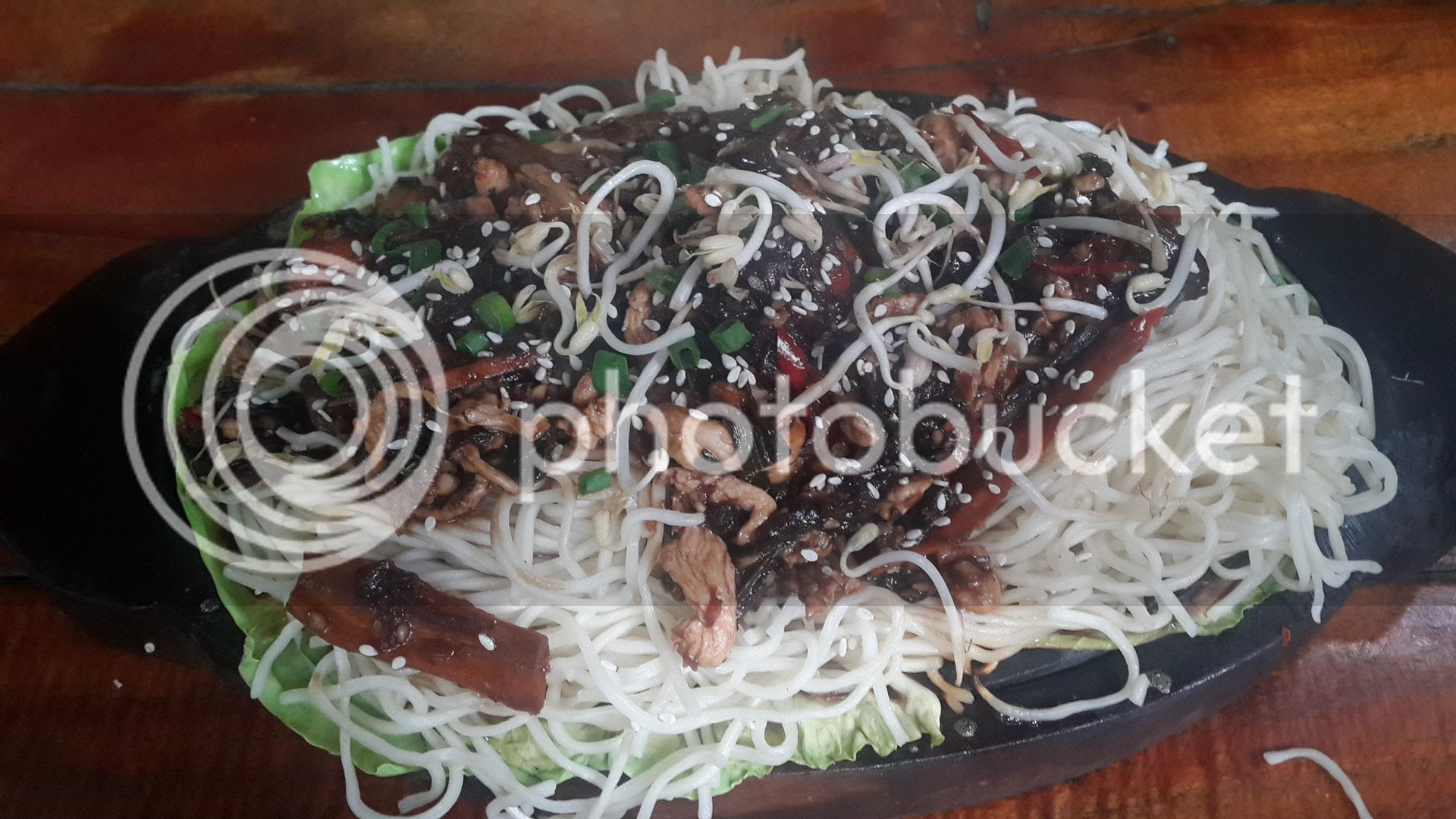 Not bad, though we still preferred the beef burger. After our heavy meal, we made our way back to Mumbai. 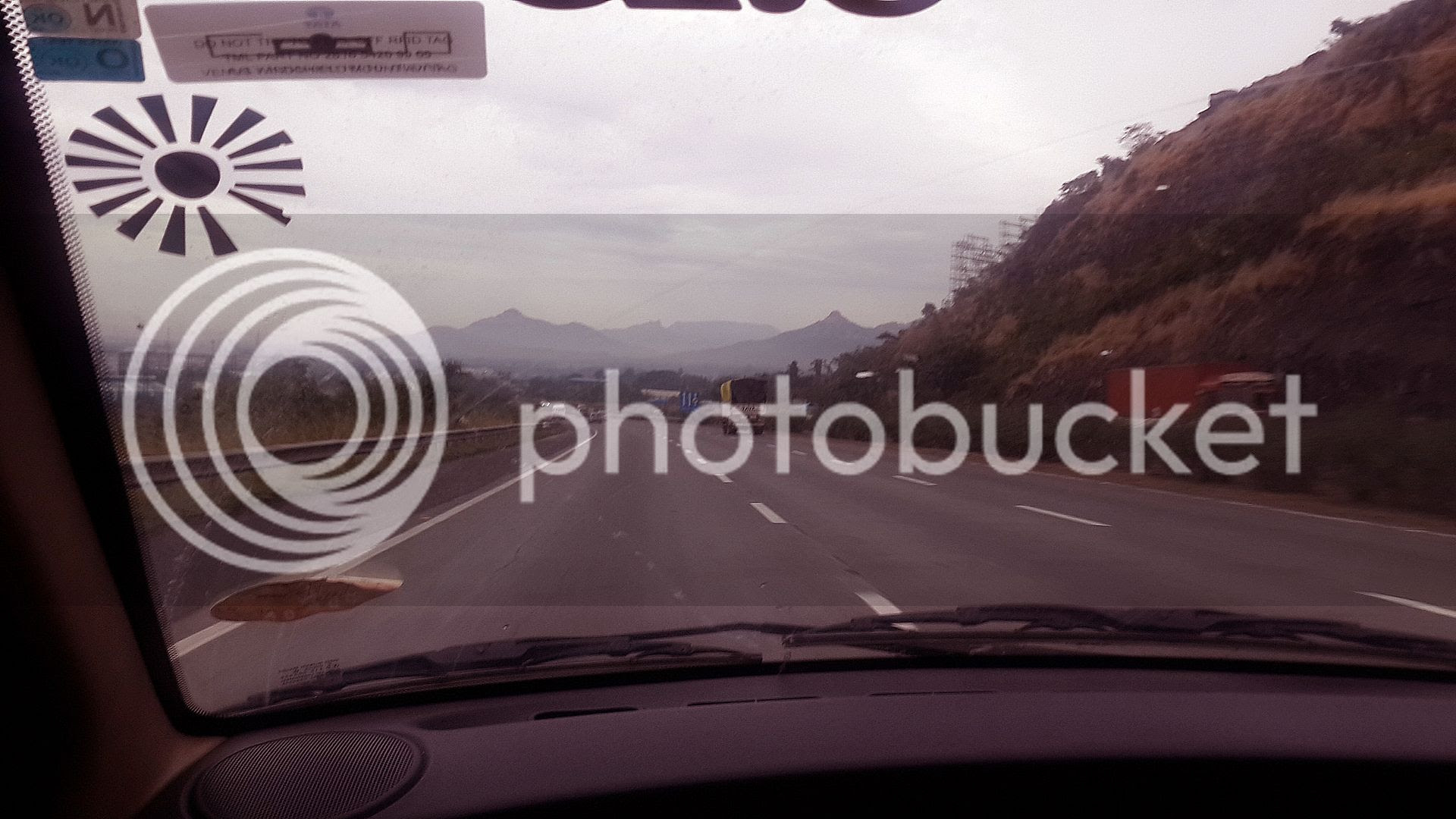 I was keeping my fingers cross at the Lonavala toll gate because last year, our car broke down at the location, and we had to be dragged back to Mumbai by a Tow truck. It took us 6 freaking hours to travel from Navi Mumbai to Mumbai!!!!

And of course no trip to Lonavala or beyond would be complete without the traditional chikkis, papris and jelly sweets. Anybody want some? :) 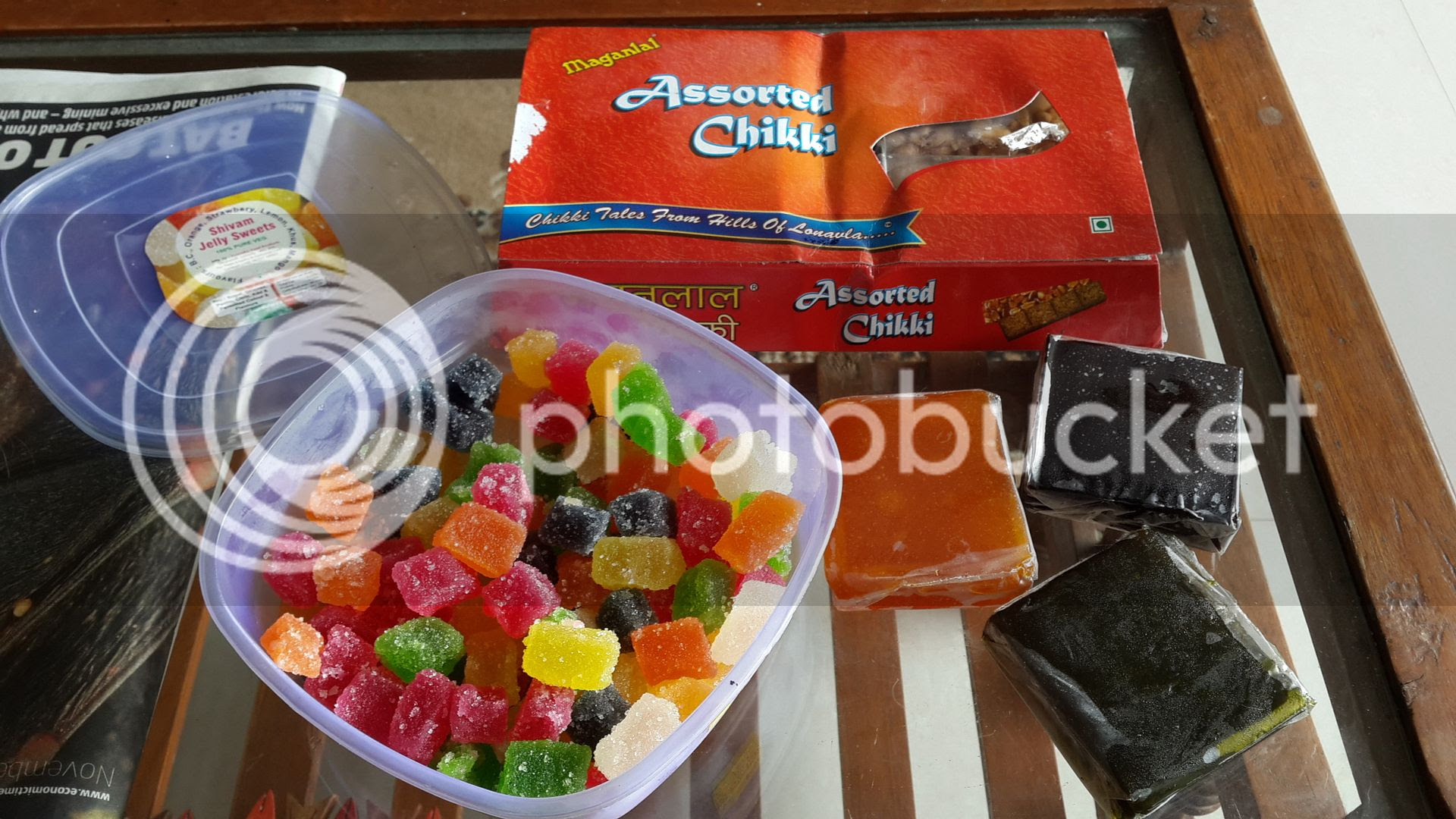 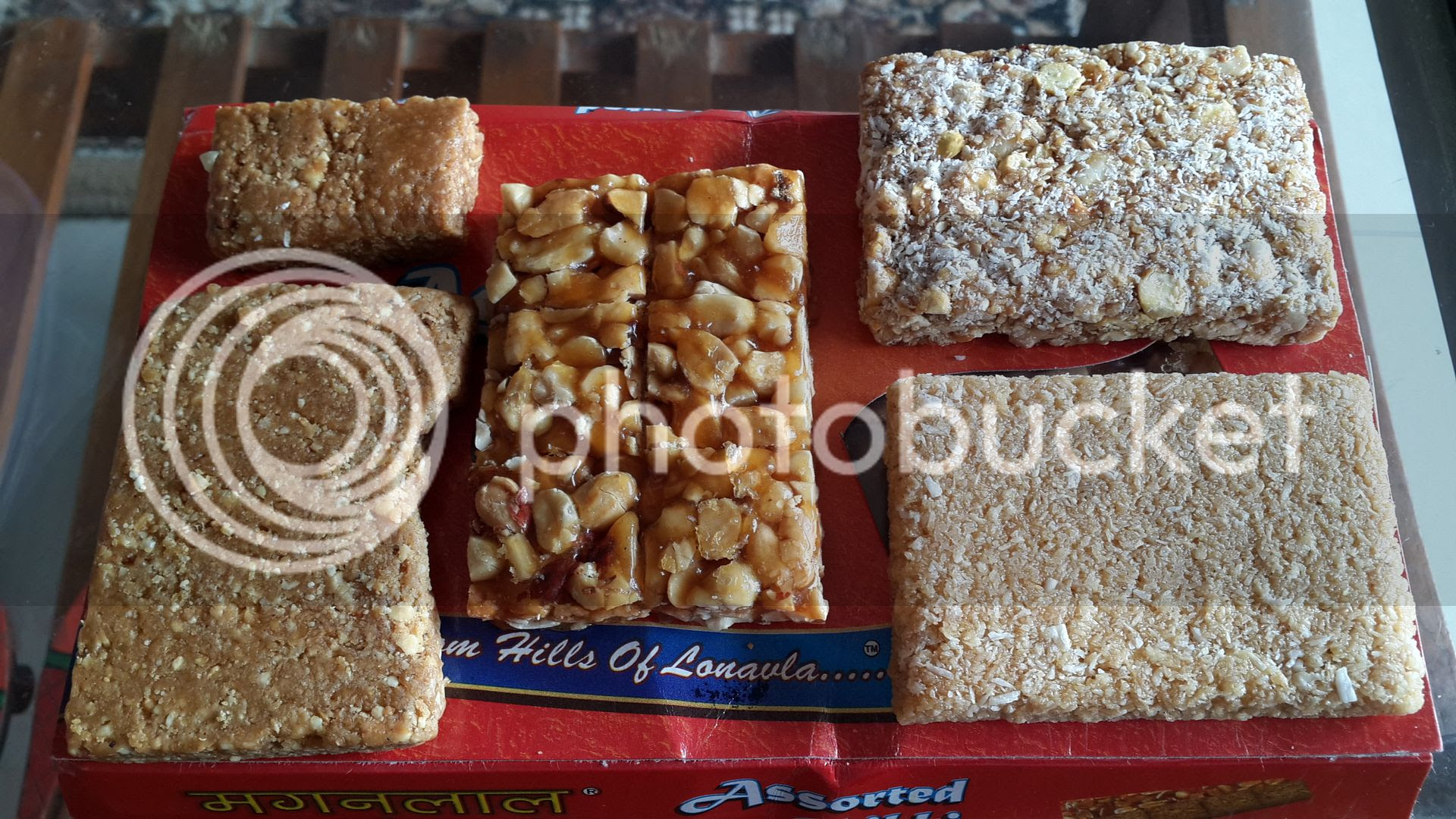 So that was it. Overall, it was a fruitful conference. Hope I’ll get to attend this conference next year too. Cheers for now.

Posted by Mizohican at Wednesday, November 19, 2014

Missed the opportunity of participating in the game developer conference. Am doing my game development course and looking forward to meet people with well versed knowledge on game design.

Anybody else wants a FREE BURGER KING GIFT CARD?