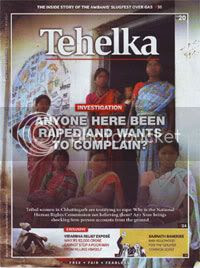 But as I quickly flipped through this week’s edition of TEHELKA, the advertisement on the cover page definitely caught my eye! 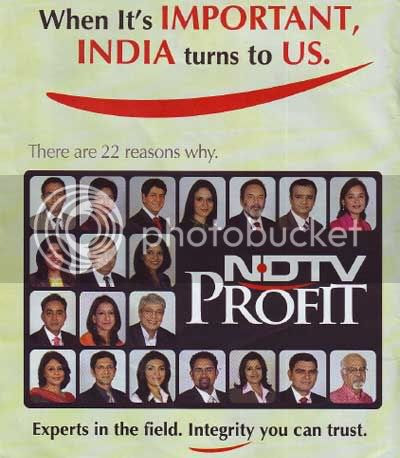 The caption boldly reads: “There are 22 reasons why.”

Unless of course the great Prannoy Roy is counted twice, and once more after that. Because… he is the great. Urrmmm…

Kinda ironic isn’t it? A prominent financial news agency that gets its numbers wrong

As a copywriter, I fail to see the logic behind this caption… is there a hidden message? Is it a metaphor? Am I missing a clue somewhere that only people who scream out “hedge funds” and “equity derivatives” in ecstasy during (sen)sex can see, and not us mere mortals?

And If the line “Experts in the field. Integrity you can trust.” are supposed to be the two additional points, then it doesn’t quite deliver because now it simply means that the 20 people featured above aren’t experts and possibly untrustworthy. That’s the only way it can add up to 22

Pretty much a catch 22 situation, aye?

Or somebody screwed up somewhere and either missed out on two photographs (or those two people didn’t accept the designer’s friend request on Facebook) or somebody wrote the wrong copy and nobody proofread it. And of course the fun started in office. Told my designer friends that their designer screwed up. They immediately retorted that it was the stupid copywriter’s fault. Interesting, how birds of feather always defend each other, even across different Ad agencies

All in all, there may be nothing wrong with this Ad too, if 22 signify something. But the problem is, most of us fail to see what it signifies. The only thing this Ad probably achieve is the attention it receive due to the caption (like for example, me blogging about it and you reading about me blogging about it).

The main headline too, in a funny way, sounds like “When it’s important, India turns to the Americans”, but then again, it may be just me.

But you wanna know what I really hate? Visit the NDTV Profit homepage and their embedded video plays immediately! Aaaaaaarrgh. EPIC FAIL.


Updated: Guess I’m not the only one who noticed this and blogged about it!

Check out sans serif where one commenter jovially suggested that “NDTV” and “PROFIT” could be the two other reasons that sum it up to 22. lolz!

Will NDTV sue me for writing about this Ad? Is this the end of Mizohican?

Dropping by to say hi and to check out what is new here :) Hope your week started out well :) xoxo

I was gonna say "NDTV" and "PROFIT" were counted but I can see someone already beat me to it.. :D

And yes, it does sound like “When it’s important, India turns to the Americans”, to me.. LOL :D

@ Empty Streets: Hello :-) My week here in Mumbai started out wet. lolz. Slept in office last night because of the heavy rain that caused "floods" in some areas of the city. It was fun. lolz.

@ codeAries: I agree. the typography is quite misleading. INDIA and US are both bold and red, hence, our subconscious tells us that US is also a country.

@ Ane: hahaha... yeah that was a funny comment :) I really don't know the logic behind this Ad, seriously :( Thanx for the visit :-)

There's obviously more than meet the eye!! Why don't you send it to people like Jay Leno who can use it for their 'bloopers' show.

lolz... well I submitted it to our Indian version of Jay Leno, aka Amit Verma @ Indiauncut. Though I don't think it can make the WTF News section, I just took a shot anyway :D

So, has anything been done about it? you know, correct the mistake, or give an explanation?!!

@ Pixie: lolz. Well, knowing NDTV, they would probably keep mum about it or sue the blogger :D Just kidding. Nah, I haven't come across any explanation on the net. I'm sure this 22 signify something, because I don't think they'd be this careless. But the problem is, I don't know what it signifies!

At first I thought that it could be the NDTV's way of drawing public's attention. But after going through all the 'hypotheses' I ended up believing it to be a pure mistake. That's all. Btw, 'The World this Week' hun lai vela Prannoy Roy kan han ngaihsan theih thin zia kha aw!

take care, illusionaire, wouldn't be surprised if ndtv does sue you. good post.

I saw it on last week edition..

@ faka: Yeah... Prannoy Roy is an icon. My and my friends from Coll never used to miss that show those days!

@ luliana: haha... unattractive... lolz. Thats another possibility I thought, you know, like the type that practice birth-control by leaving the lights on? :D But then, I didn't want to sound too harsh on them :-)

It was extremely interesting for me to read this article. Thanx for it. I like such themes and everything connected to this matter. I would like to read more on that blog soon.

Goodness, there is so much useful information above!
1 | site | here