Chp 444. Silence of the nightingales 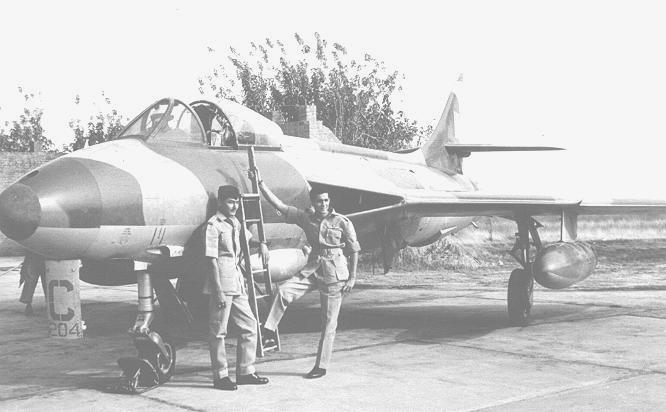 And from the Heavens above, fire rained down upon the heathens, spreading death, mayhem and destruction everywhere.

A heathen, because he was born in a land that had belonged to his people for generations. A heathen because he refused to bow down to the draconian law of an occupying force.

Yet there was nothing the heathen could do. His voice was silenced by the majority, all acts of transgression erased from history. India never bombed Mizoram (back then, the Lushai Hills district of Assam), and stories about the mass bombings that killed many innocent citizens, razing towns and homes to the ground are just… hearsays, rumors. No, India is a democratic country, the land of Mahatma Gandhi who believed in peace and non violence. How can India ever do that. And yet, the irony is, it was another Gandhi who ordered that very bombing.

"The use of air force was excessive because you cannot pinpoint from the air who is loyal and who is not loyal, who is an MNF and who is somebody pledging allegiance to the Mizo Union, the ruling party in the Mizo district," DD Nichols Roy, an MLA from Assam said.

“But we air-dropped only rice and potatoes”, Indira Gandhi supposedly said, when confronted by the media.

“Then dear PM, please tell us how to cook this type of rice!” survivors of the bombing replied, sending empty bomb shells dropped by Hunter and Toofani jetfighters deployed from Tezpur IAF base on March 5th and 6th, 1966.

I don’t know which is worse, the fact that she blatantly lied, or her condescending tone.

In 1789, France was on the verge of a revolution due to the famine, and it was only when the peasants demanded more bread to feed their starving stomachs and Queen Marie Antoinette sarcastically said “Why just bread, let them eat cake” that ignited the whole bloody revolution. The French Royal family and their sympathizers were guillotined and a new France was born.

What’s the connection here? Famine and utter neglect lead to an uprising.

Mizos didn’t suddenly decide to rebel against India. The great famine of 1959 was what triggered the movement. The bamboos flowered, increasing the number of rats by multifold. The rodents ate up most of the food stock of the people. And despite the Mizos’ many pleas sent to the Indian government for aid, nothing was done, so the MNFF (Mizo National Famine Front) was formed, where every Mizo looked after their own, sending food, no matter how scarce to those who needed them more. Urban legend has it that one quarter of the Mizo population was wiped out in that famine.

Finally when the famine was over and the rat population diminished, people said enough was enough, and the MNFF became the MNF (Mizo National Front), with the sole agenda of gaining independence from a ruler who didn’t give a rat’s ass about the people.

That was why the MNF, which wasn’t even an outlawed group then, overran various government institutions during Operation Jericho with which the uprising began in 1966.

And then came the bombs. Hell was unleashed on Earth and the simple minded Mizos came face to face with fury and fear like never before. Everywhere there were just… explosions, ashes, corpses, mangled remains of what once used to be a market, a school, a hospital, a church. Entire localities like Dawrpui and Chhinga Veng were completely razed to the ground.

The MNF movement was never a totalitarian one. There were a large number of Mizos who didn’t share the MNF’s agenda of a sovereign Mizo nation. The ruling political party MU (Mizo Union) was in fact pro-India. But what happened that day changed the mindset of most people.

I wasn’t born when the bombings took place, but being a Mizo, it is a part of our dark history that I can never forget… will never forget. I look into the eyes of all those who were there during the bombing, the lucky ones who survived, and I see pain, submission, reclusiveness. As if a part of them died that day, not knowing where the next bomb was going to land. Like being in the middle of a war zone, except you weren’t shooting back at the enemy. Regardless of whether you were a part of the MNF or a pro-India faction, the bombs didn’t discriminate who’s who. Everybody was a target, true to the words of GL Nanda, the then Union Home Minister who gave the command – “Crush them all!”

All you could do then was just run from shelter to shelter, helter-skelter, tired, scared, traumatized.

And in the aftermath of the bombings, PTSD was definitely the ailment of the day for anybody who went through such a horrible and terrifying ordeal. Yet there were no such medical facilities back then to deal with the tremendous trauma. What followed instead was way worse. Out of the existing 764 villages, 516 were forcefully evacuated and squeezed into 110 PPVs (Protected and Progressive Villages), described as something like the concentration camps of Auschwitz, minus the gas chambers where everybody was herded into designated militarized zones under martial law. Stories of torture and rape committed by the Indian Army echoed across the once peaceful silent valley, bleeding Mother Nature of its tranquil innocence. Yes, we are all offsprings of a damaged and abused generation.

Every March 5th, I shed a tear. For my lost brothers and sisters who never made it past that day. And for the others who did make it through but had their spirit and soul violently ripped out from their physical selves.

Yes, I’m an Indian. I’ve come to love this country, but remembering those dark days doesn’t make me any less patriotic. We all come from different backgrounds, with our own baggage and nightmares.

I look at today’s people now, and what most people seem to think is, “Why don’t you Mizos forget about that incident? India doesn’t even acknowledge bombing you so just forget about it. The past is the past, move on.” Moving on is an easy thing to say if you are not a part of the atrocities, just like how some people recently demanded an apology from the visiting British Prime Minister for the Jallianwala Bagh massacre, or from other people like the Babri Masjid demolition, the storming of the Golden Temple, the Anti-Sikh riot, etc. Everybody wants an apology because in a way, that heals things to an extent, no matter how superficial it may be.

But for many of my brothers and sisters who died on this day 46 years ago, to most Indians, they’re just collateral damage. People who died from an air attack India never ordered or heard of. They became the ghosts of an unspoken folklore, nightingales whose voices would never be heard again.

They may be silenced, but our words will live on forever. On this day, every year, the heathens will rise and speak for them. And speak we shall.

Amazing how you narrated the story.

We can forgive (if apologized) but we shall never forget.

Silence sure ain't golden when it comes to this...Kudos!!

It's funny the things we were taught in school about our history and things which didn't seem important.

Well written, setting the right tone for such a sad event.
I have often imagined myself present during those times to try and understand the chaos and fear of the people, our Fathers, Mothers, Uncles, Aunts, Grannies, siblings even, and then I get pissed. I remember older folks used to caution people from wearing red or even hanging red clothes to dry lest they be spotted by the pilots.
One thing I was proud of, tho', is that the Army could not defeat the guerrilla warfare tactics of a handful of bare-footed, uneducated but determined and resolute Mizo youths that it had no other choice but to resort to dropping bombs. I used to be so proud to be a Mizo because of those youths, until they came to power and corrupted their stupid a$$ off!

good piece...big lump in my throat

Reminded me of Pankaj Mishra's reportage on the Chittisinghpura massacre of 2000 (it appears in his book "Temptations of the West"). State terrorism has a spectral face hard to pin down and endowed with a structure that deflects culpability almost as if by second nature. Retelling these silenced stories as you do must go on to highlight state excesses.

Thank you, Kima, for writing this!

I am touched, bro.

Thanks, Kima, for speaking for all of us. You have voiced our thoughts and expressed our feelings.

Absolutely amazing post - touched at so many levels. Just shared the link on FB with the comment that every Indian should read this piece. Great stuff,
Keep 'em coming - Cheers - Bhaskar

Tell me, Mizohican, when you wake up in the dark, do you still hear the nightingales screaming?

Kima you are gifted and you could be the voice Mizos so badly need in mainland India...Keep writing..It invoked so much emotion in me that I would sit on a dharna with you to demand an apology from the Indian Government if you organized one :)

My father saw it with his very own eyes. He was amongst those who run helter skelter to save their lives. It's so vivid as it occurred to my own father

Well written. Must be shared widely.

I weep, visualising back how much my mizo clan suffered at the time of famine and at the time of military bombing (though I was not yet born..). It hurts my heart.. Inscrip hadred the Indian military in me!

My PhD thesis was on the Mizo Uprising and I had the opportunity to listen and record the stories of a lot of people who were directly affected by the bombing. While I was interviewing the victims, a few of them shed tears and had a hard time speaking out. It hurts me deeply to find out that 20 years of our history was silenced because people were too afraid to record their experiences. It is necessary that we record their stories for our future generations.