Chp 448. Of tea with cops and sake with friends

So after my tea with DCP Nisar Tamboli last week, I wrote a mail to Mr. Sadanand Date, Jt. Commissioner of Police, Law & Order, Mumbai, thanking him for setting the wheels in motion.


First of all I would like to convey my apologies for not writing to you sooner. As this was a very busy weekend for us Christians due to Easter, I wasn't able to come online at all.


I would personally like to thank Mr. Tamboli for such a warm reception at Malabar Hills police station on Thursday and spending his precious time to meet us and listen to us. I was also extremely impressed with our Mumbai police when Mr. Tamboli showed up at our Mizo Church after Good Friday service. He addressed us and assured us that we'd be treated as equals, as Indians. It's not just us Mizos, but all those who have been following this incident who have regained faith in our Police (if it was lost in the first place) by the kind gesture you and Mr. Tamboli have taken.


Last but not the least, I would like to thank Aunty Shobha for forwarding my issue to you. I have written initially that not even the 53rd cousin of the constable would read my post, but I was so wrong because of your reply and it felt so wonderful when I hugged the said constable and we became friends, which was all possible because you initiated this drive.


So thank you once again, dear sir, not just from me and my Mizo community, but from every Mumbaikar as well. God bless Mumbai.

He replied, and completely surprised me when he said he himself wanted to sit for a cup of tea with me!


Thanks for your e-mail. Your post was a very responsible and kind act which every citizen is expected to undertake. I am sure Mumbai Police is one of the best police units- but we have a long way to go to become a perfect police unit. And till we reach that destination- we must learn a lesson as and when we fail in discharging our duties well.


Nisar has kept me posted about all the developments. And I am thankful to you for being kind, patient and considerate.


May I suggest you something:


1. As and when your schedule permits please do see me in my Crawford Market office over a cup of tea. It would be pleasure to meet you.


2. This 15th of August, can we have participation from different states in flag hoisting functions in our police stations? We can organize it from our side. It will be just coming together and realizing that we belong to the same nation. If you have an association of NE states, this can be organized in a meaningful manner with presence of participants from diverse states of NE.


Please let me know your views.

And so we fixed up an appointment and I went to his office along with three of my Mizo friends on Monday. 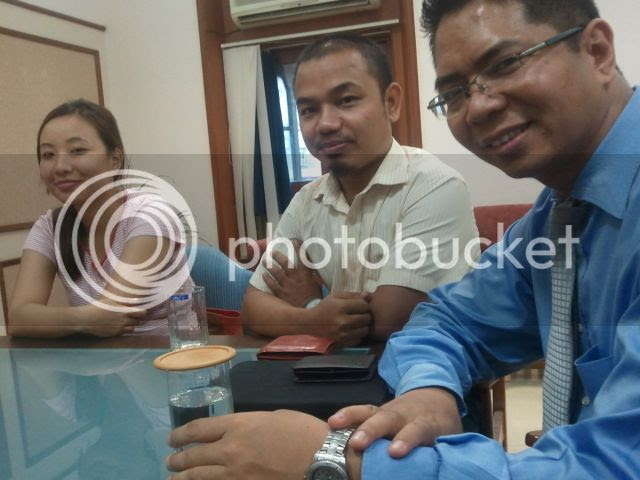 I was nervous because Mr. Sadanand Date was not only the Jt. Commissioner of Police, he’s also our 26/11 hero. A highly decorated officer. He was shot when terrorists attacked Mumbai five years ago. Before meeting him, I read through my old blog post on that fateful day, about the fear and insecurity every Mumbaikar felt that night, and I had nothing but immense respect for the man. 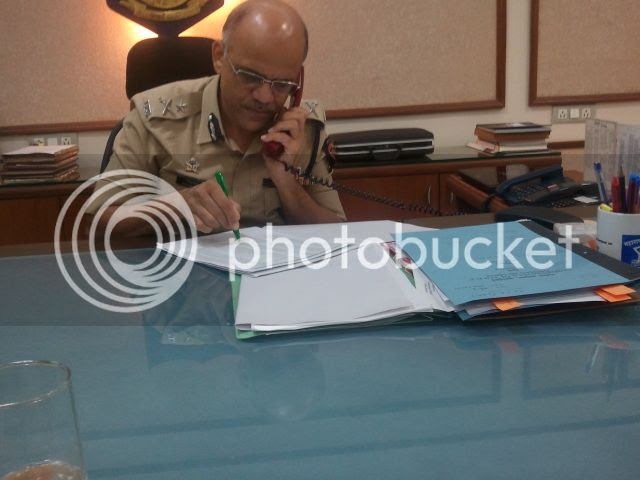 I asked him about his personal experience on that day.

He had responded to a call from Cama Hospital. As I mentioned in my blog post that day, the initial news on twitter were about two gangs shooting at each other. They were completely taken by surprise by the heavily armed Kasab and Ismail in the hospital, facing heavy fire and had at least 7 grenades thrown at them. One grenade blast blinded him while a couple of bullets hit him. It was on that same location that six policemen including Hemant Karkare, Vijay Salaskar and Ashok Kamte rushed to as reinforcement when their police van was ambushed and sprayed with bullets by the fleeing Kasab and Ismail, killing them on the spot.

Later the survivors were rushed to the hospital where doctors managed to remove all the shrapnel and bullets from Mr. Date’s body, all except one shrapnel, which is still lodged inside his eye today! The doctors said it was too close to an optic nerve for them to touch it.

Such was the hero we met that day. 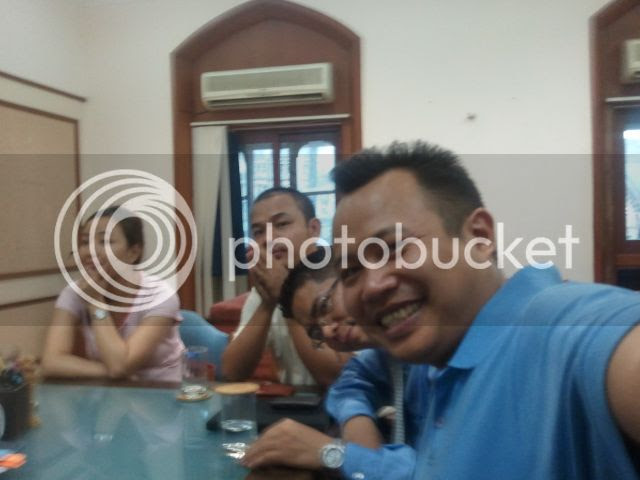 He asked us all what we do for a living, and when my friends told him that they’ve all been here in Mumbai since 2002, studying and working, he was very impressed.

We then talked about how the police can be more friendly towards people from the North East, and he also mentioned about how sometimes people do stereotype but he didn’t want that coming from a uniformed officer. I totally agreed with him. All of us do stereotype to a certain degree and most of us are a little racist inside. But the difference lies in whether we let our actions reflect on our thoughts or not.

If a person knows that calling somebody from the North East as “watchman” or “chinki” is wrong but still intentionally does it, then that is a different case. But there are also a large number of people who utter slurs at us without knowing such words are even slurs and that such words hurt us, then that person is ignorant and we can calmly resolve this through friendly interaction and education with such people. By educating this category of people, we can reduce racial abuses by a huge margin. 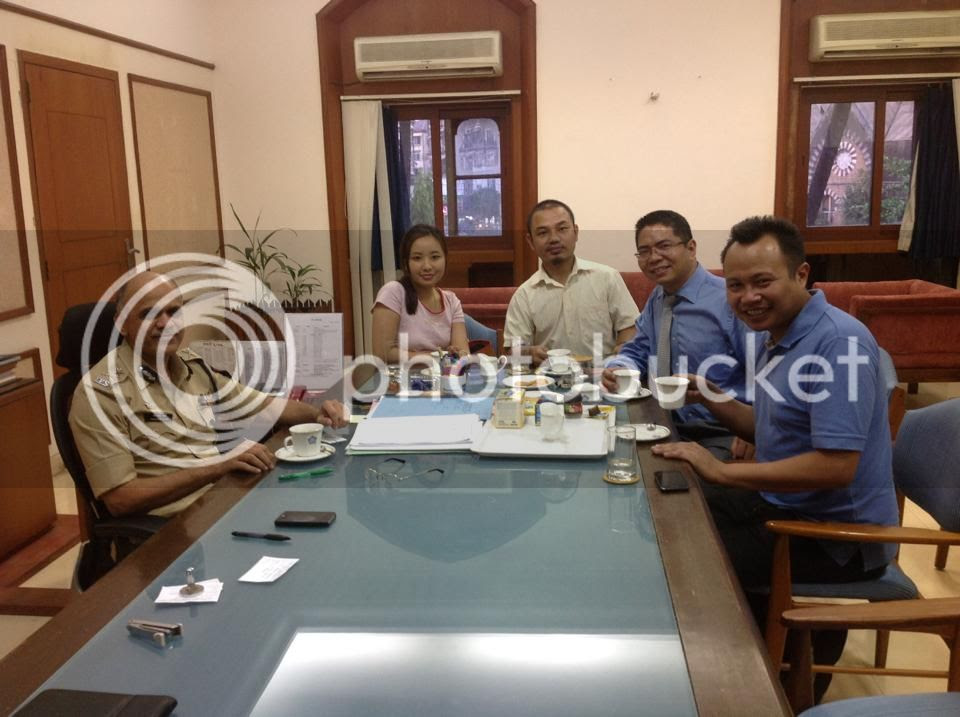 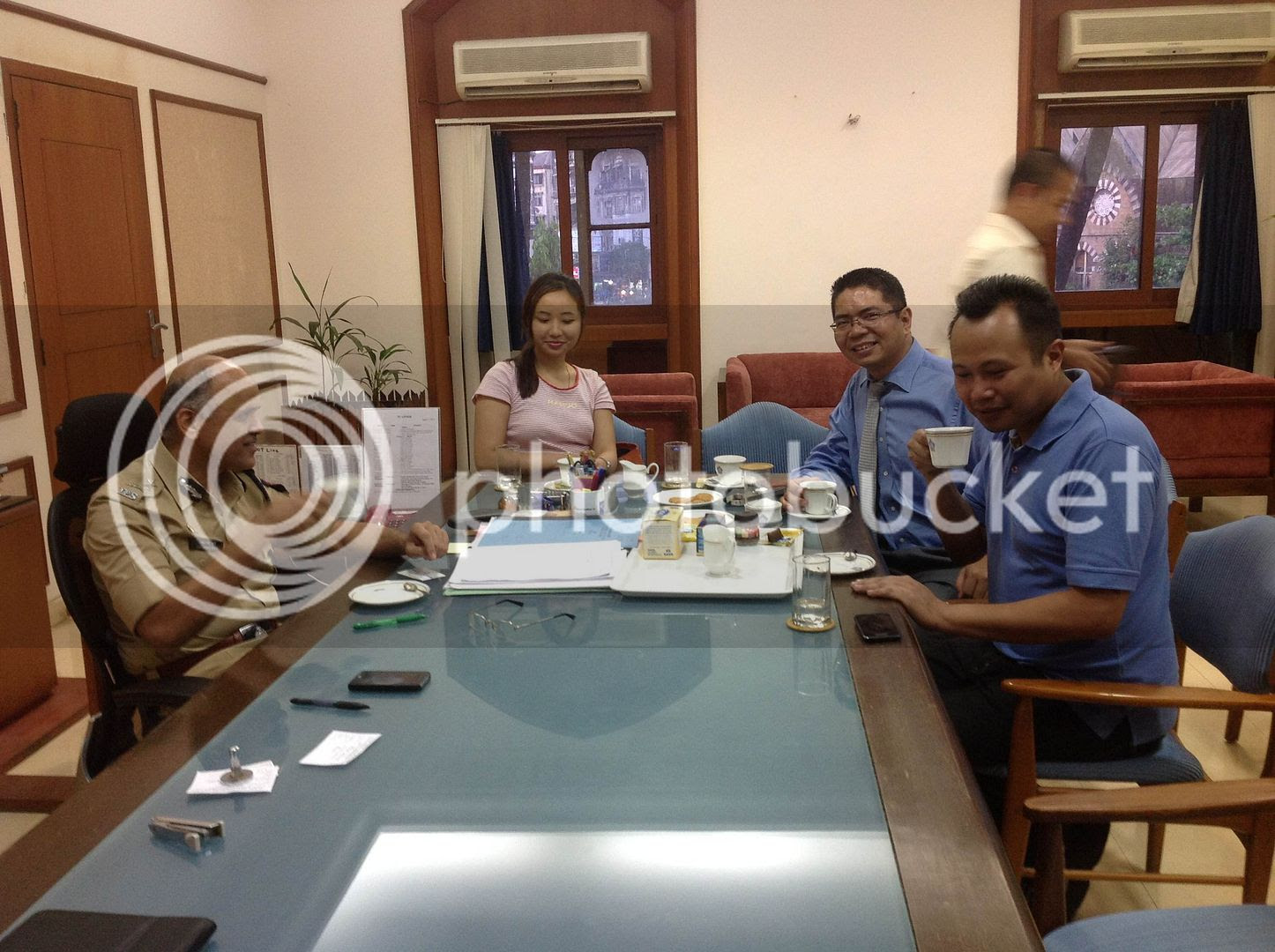 My friends who went with me that day, Vanlalruata Fanai, is the Vice Chairman of our BMCF (Bombay Mizo Christian Fellowship) while B. Lalramhluna is the Asst. Leader of our MSYM (Mizo Students and Youth of Mumbai). And they were there for the exact reason that such future initiatives taken with the police and our community would be handled by our Association and not an individual. We also talked about how the police can reach out to various other Northeastern Associations in Mumbai and we told him we’ll ask around and try to give him a complete list of such Association leaders before May.

Frankly speaking, my professional work took a hit the past two weeks due to all the distractions because of this incident and I sure am glad my Mizo Association is now stepping in to handle all correspondence with the police. In case you don’t know, I am one of the Co-Founders of this new start-up mobile gaming company called FITH Media and we are extremely passionate about gaming and know both the internet and gaming industry really well. I got sidetracked and missed a couple of deadlines because of this, but I have a really wonderful team and they managed to roll out two more games recently, entitled “Mumbai ka dabbawala” and “Kutte pe kutta”.

Click on the images above to go to the respective Google Play page. Do download them on your Android devices (and give us good ratings, lolz, shameless me :D ).

And good news for people with iOS devices – our iOS developer’s license had been finally approved by Apple, so we’ll be launching all our games for iPhones and iPads too! So expect our super hit games like “Nikal Padi” (50,000+ downloads on Google Play so far) and “Where’s my cat?” on iTunes soon! :)

That day, after meeting Mr. Sadanand Date, we were in such high spirits that we decided to have dinner together at Kofuku, a new Japanese restaurant in Bandra. 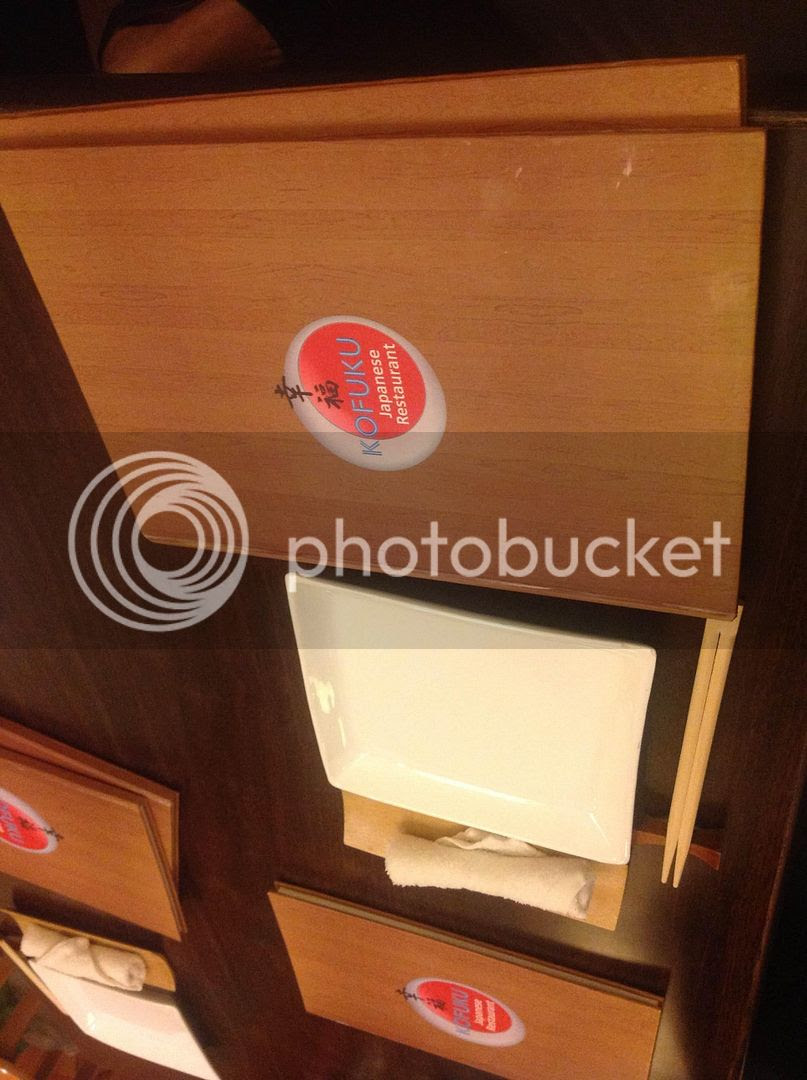 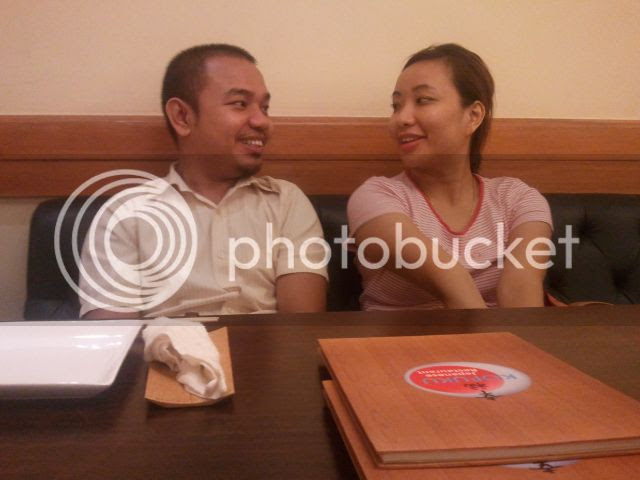 The food was awesome, and their pork Miso soup tasted very similar to our traditional Mizo soup (maybe that’s why the two names even sound similar, lolz). The assorted Sushi platter was not bad for 1500 bucks, and it had a variety of tuna, salmon, octopus and hamachi temaki. 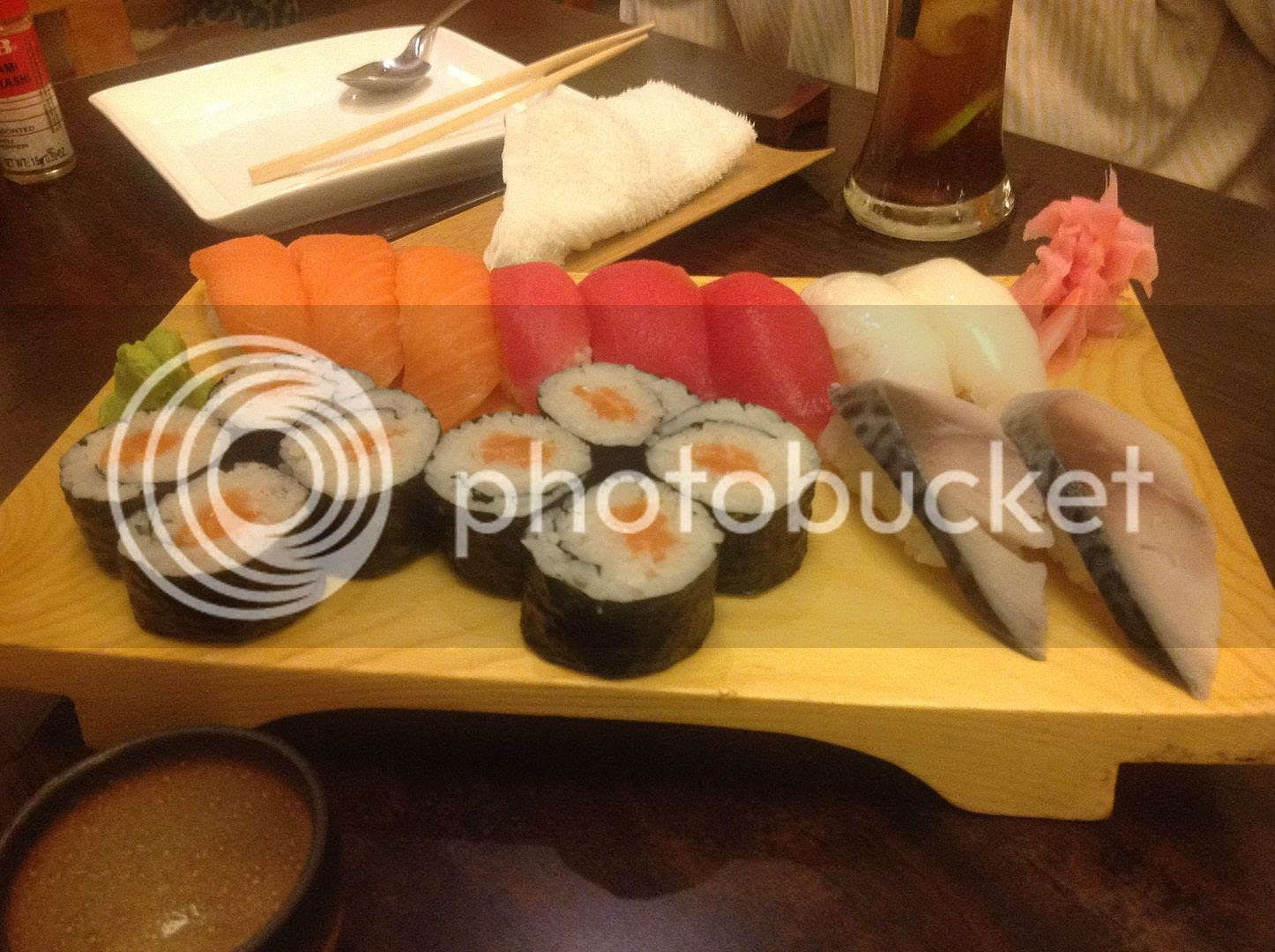 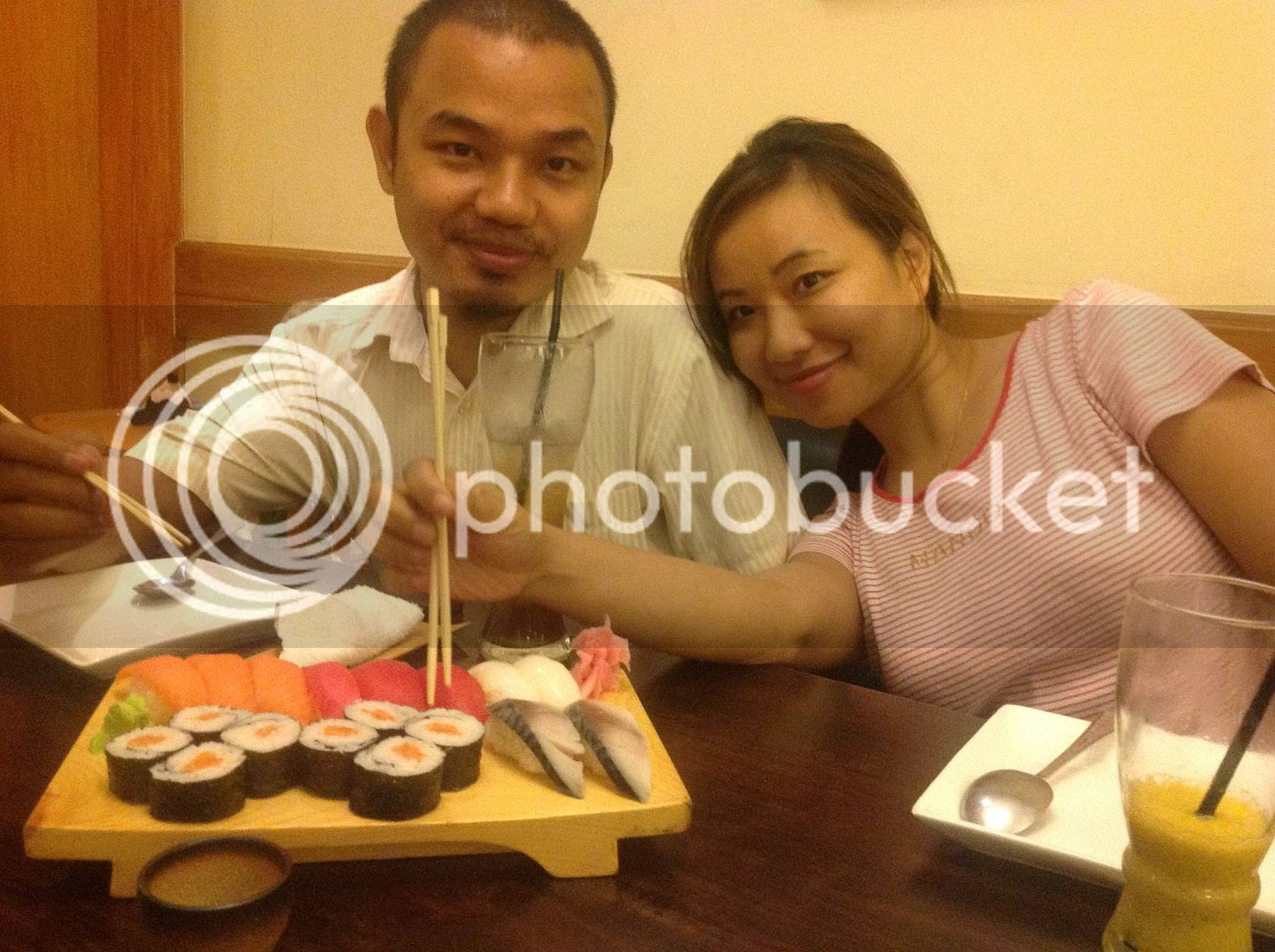 For the food, I would give a 4 star rating out of 5, but the alcohol was quite expensive. Nevertheless, I had Sake, followed by Japanese Asahi beer and Long Island Ice Tea, while saying “Kanpai” (cheers) every time :) 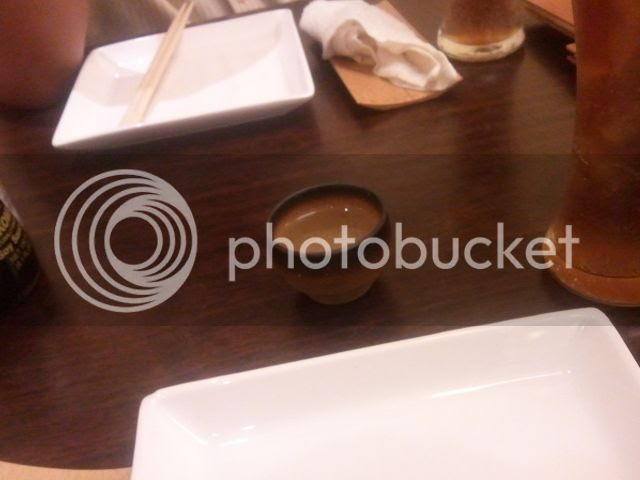 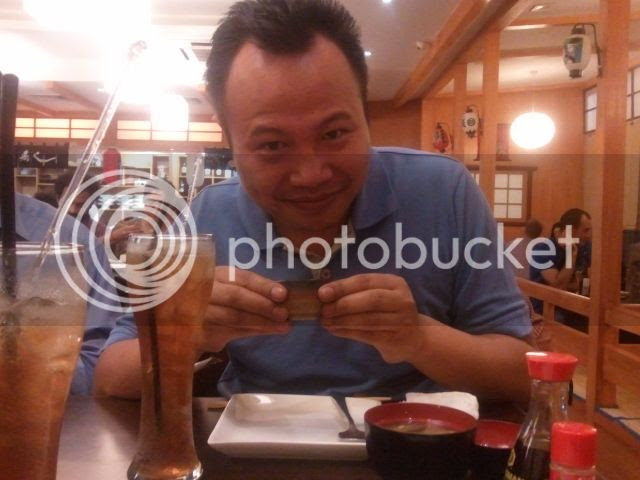 Many of the waiters and cooks at Kofuku were from the North East, so we gave them our phone numbers as we wanted to know the phone numbers of their respective Association leaders. Once we get a complete list, we will mail those to the police. We even got extra gravy for our main course at no additional cost, and complimentary ice-cream from James the chef, who happened to be from Mizoram! 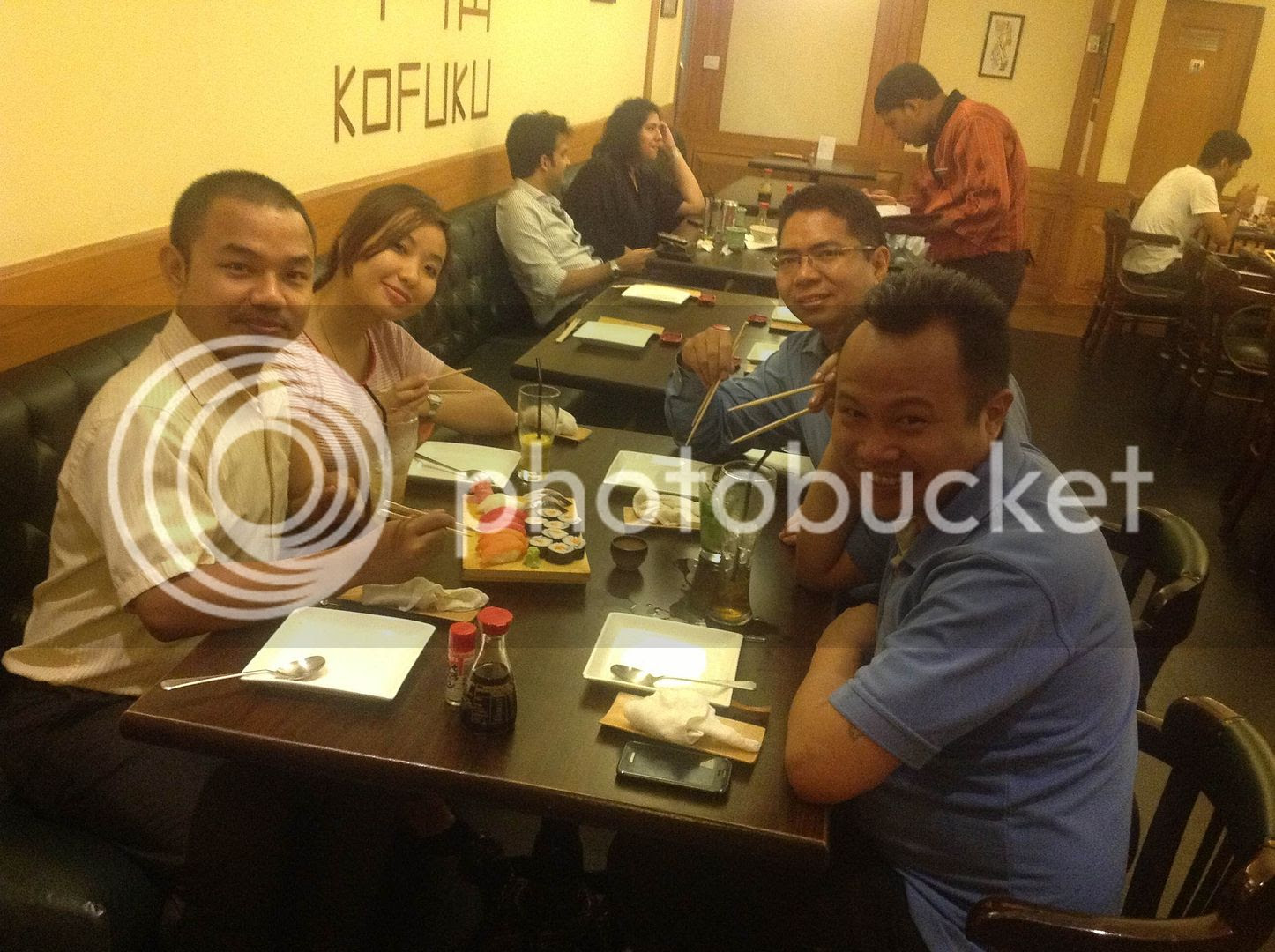 Special thanks to Maruata (Vanlalruata Fanai) who refused to accept money from us and insisted on treating all of us! 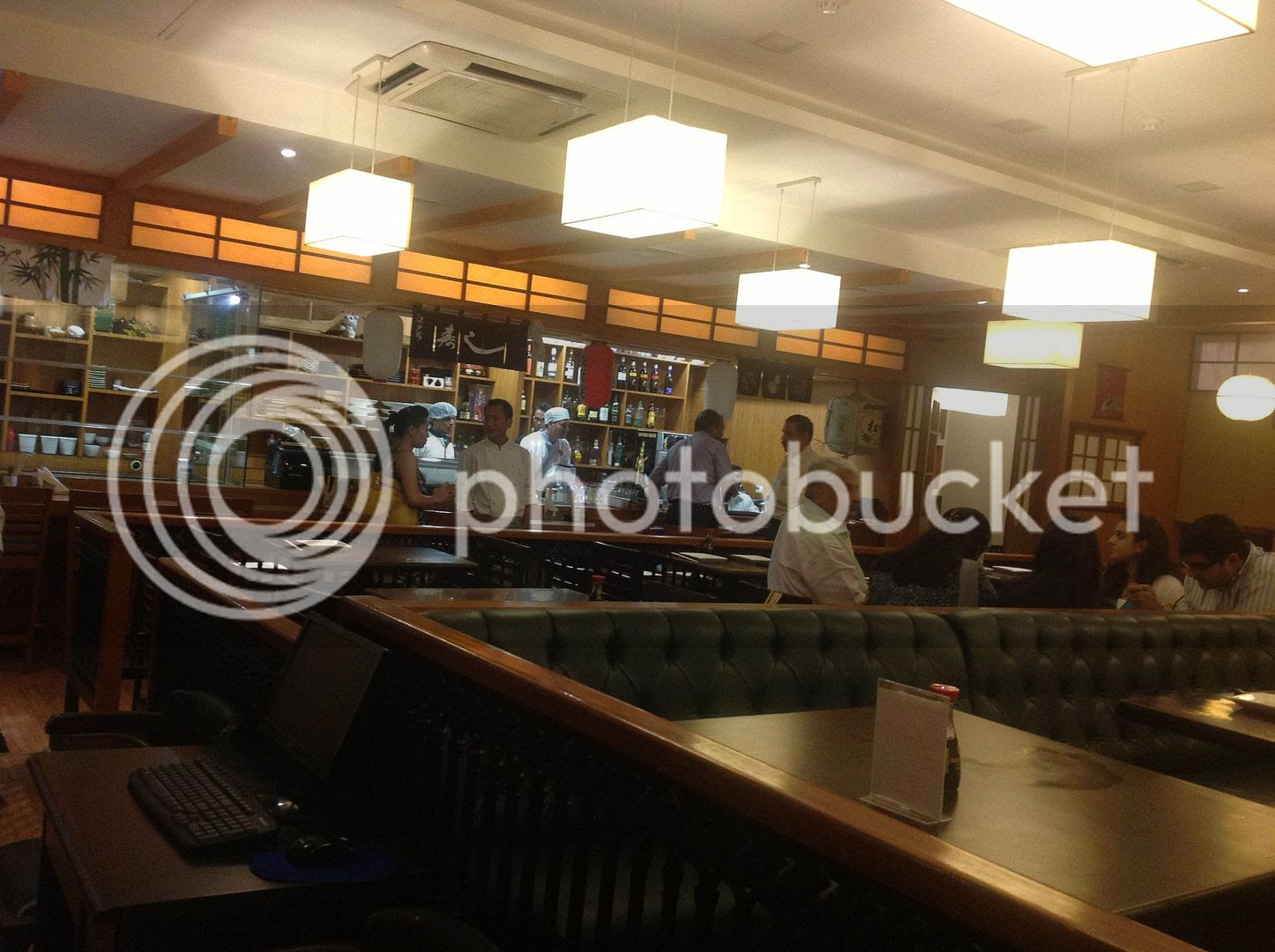 So for now, here is me getting back to work. More games and updates coming up soon. Cheers.

Ps. Two journalists, Pronoti Datta (Mumbai Boss) and Harish Nambiar (Economic Times) recently wrote an article about this incident, and if you’re interested in reading them, here are the links. They really wrote it well –

Harish Nambiar: Displacement, Anomie and the story of Kima 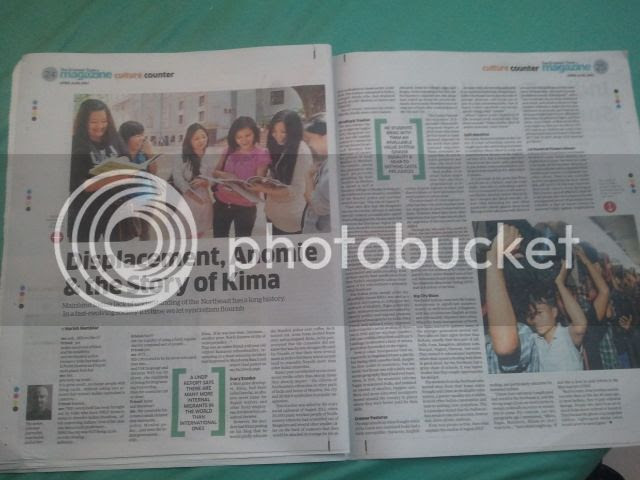 Very good... but all i can think about is Sushi platter :D

Proud of you bro.. May God be with you all the way

You are a great man, Mizohican!! You are paving way for us- your brothers and sisters!!
way to go..I love reading your blog.. :D

When I was an 11-year old in Bhubaneswar, Orissa (Odisha now), the neighbourhood kids used to call me "Nepali, Nepali" as I used to cycle around with my friends even though my dad was a Deputy Secretary in the Government of Orissa.I am now High Commissioner for India (Ambassador). Do not worry about what people tag you as, just be youself, and you will become yourself.

Whoa! Way to go. Reading all this makes me feel super thrilled. Surprising developments that can pull you from the brink of being a cynic.