So the first opening match of the Football World Cup 2018 had just taken place. Host Russia drubbed Saudi Arabia 5-0 last night, building up to an exciting tournament up ahead. 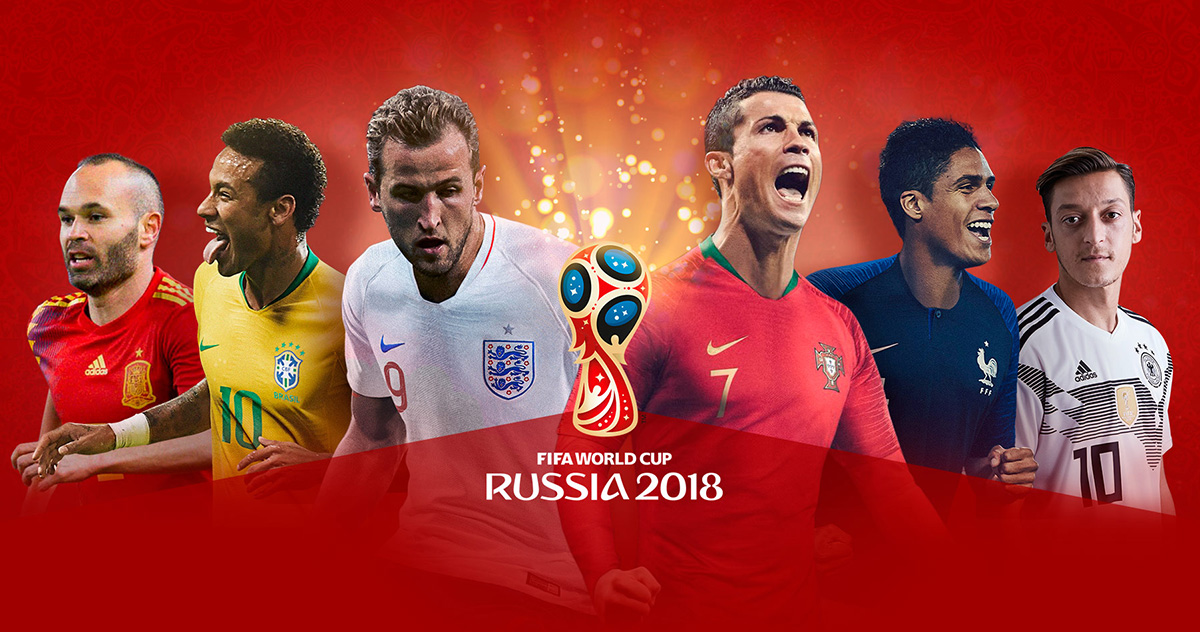 When I look back at my blog, this is actually the fourth World Cup my blog is going to experience, and it made me smile to see that I used to post at least 5-6 blog posts about the World Cup whenever it took place. No wonder my June 2006, June 2010 and June 2014 blog published count was so high, lolz.

This year though, I am not as enthu as before, and I don't think I'll be writing much about it either. As my football fanatic friends rightly pointed out, with more exposure to Club matches every year on our TV (or online streaming), it gets harder and harder for people like us from a neutral country to select a team to support for the World Cup because almost every top team has a line-up of players we love along with players we loathe because they belong to a rival Club.

But what the World Cup never fails to bring out is this huge gust of nostalgia, of how we were brought up struggling to watch the matches on one of our neighbour's shanty old black & white TV set, and how somebody would climb up the roof of the house to twist the TV antenna so as to get the best reception possible. And we would all cheer and clap together as a community.

Sigh, those were wonderful times indeed. It saddens me a bit that the millennial and younger generation of today will never get to experience all that. And to most people of my generation, the one and only true World Cup anthem is, and will always be, "To be number one" by Giorgio Moroder Project. :)

I think another change I have seen in me this World Cup is that, after reading through some of my old blog posts, I realize I used to be such a dick! Back then, whenever I walk into office and one my colleagues went super hyper active about supporting, say, Brazil or Argentina for example, I would immediately ask, "Hah, ok can you name the starting line-up? Who's the captain?  Who's the coach? What clubs do they play for?" and I would immediately be met with an empty stare.

I mean, back then, as a football loyalist, I guess I was annoyed with people who hardly watched football suddenly claiming to be a "hardcore fan" of a so and so country without even knowing who the players were. Being a follower of football, in some way I guess that made me feel like an elitist, which is bad and can really piss off a lot of people. No wonder I never used to get invited to any of our office weekend pot-luck lunches.

But as time goes by, you realize all this is just a facade. Let people do what they want to. Nobody needs to get a PhD degree on something they support. I support a lot of stuff that I have no real in-depth knowledge of, and it would definitely make my mood sour if somebody condescendingly mocks me about it.

So yeah, this World Cup, let's just have fun. Support whichever country you want to, make bets with your colleagues and friends, cheer or jeer the teams you like/hate. And at the same time, don't forget to support Team India which is quickly climbing up the FIFA ranking ladder. I dream of a near future where we will no longer have to decide which country to support for the World Cup because our very own Country is participating in it. :)

Meanwhile I have already made my prediction on who is going to win the World Cup, and I'm telling you, I'm gonna get it 100% right. So that is it. Come back to this post after a month to see the Nostradamus side of me. Until then, cheers everyone, and happy watching the matches.